Live music is an irreplicable experience in itself. When an artist is particularly engaging and good at their craft, that makes the experience so much more enjoyable. 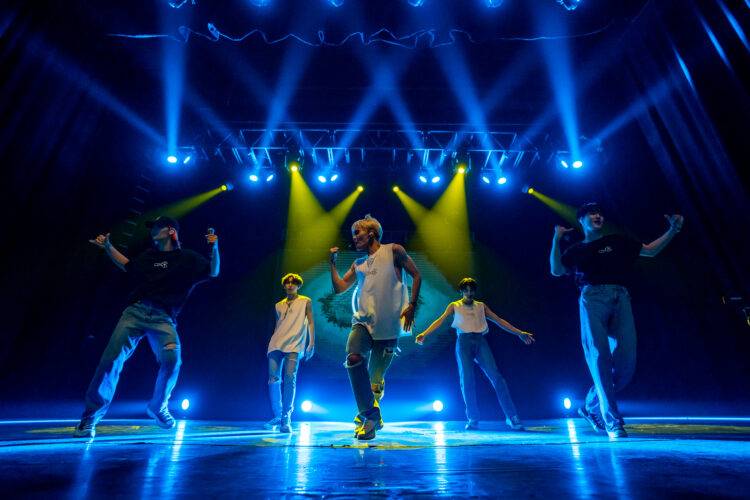 Photo courtesy of the artist.

CIX (Complete in X), a fourth-generation South Korean pop group, performed at Chicago’s Vic Theater on May 7. The band is a five member boy group that has been around for just under three years now; they debuted on Jul. 23, 2019, under C9 Entertainment. In a short period of time, the group has amassed a large following, and post-pandemic, are currently Stateside for their first ever US tour: 1st Concert REBEL in U.S.

The show started right on time, and the band opened with an electronic dance number — “Blackout,” followed by the equally high-energy “Numb,” “What You Wanted,” and “Like It That Way.” All these songs were sensually and impeccably choreographed, and clearly well-practiced. The beginning was so explosive and their song choices so apt that at one point, I even had a security staff member come up to me asking about the name of a song because she liked it. (It was “Numb.”)

The band might only have five members, but the stage was theirs. They knew how to make it work to their benefit, and they knew how to engage the crowd to have the best time. After the first set of five songs, they took a quick break to talk to FIX (Faith in X) — the official name for the CIX fandom. The members were excited and grinning widely to be meeting their fans in-person. Their introduction and interactions were punctuated by the requisite screams and cheers from the crowd.

From the first moment, and throughout the night, the group expressed gratitude for people coming out and “spending their precious time” with the band, and for the crowd’s energy and love for their set. During their first chat break, Leader BX even hypothesized that the energy was as high as it was because of their set opener, “Blackout.” Be it because of the song, or be it simply because the theater was filled with people who had been waiting eagerly to see the band in-person, the spirit was palpable.

The night continued on with a VCR, the term used for any pre-recorded video in the K-Pop world,— giving the members time for their first dress change — that featured some of the band’s staff revealing some of their “secrets.” A huge part of fan service with Korean pop bands is the intimate connection members try to foster with their fans, and the VCR was definitely in line with that.

Post VCR, CIX came back, but in units. They kicked it off with vocalists Yonghee and Seunghun who performed a cover duet of “STAY” by The Kid LAROI and Justin Bieber. The cover kept the vibe energetic, but light — perfect after the dark sensuality of their opening. Following that, Jinyoung and Hyunsuk brought a sexy dance number to the song “Up Down (Do This All Day)” by T-Pain feat. B.o.B. Finally, BX concluded this set with a solo cover of the song, “Christ Conscious” by Joey Bada$$ — a song he later professed to be one of his favorites.

Following another VCR break, CIX continued with performances of fan favorite “Jungle”  and the group’s debut song, “Movie Star,” before slowing down with “LOST” and “Everything.” The set list reflected the versatility of the group — highlighting their impressive choreography and musical range. As the night drew to a close, the band performed another choreographed number, “Rebel,” recalling the theme of their first US tour, which of course, was met with wildly excited screams.

Prior to the encore, the band presented one last VCR, possibly the most sincere one, to remind FIX of just how much they meant to them. It featured an interview with individual members where they detailed how they had been preparing for the concert, what CIX means to them, and what FIX means to them. Easily, one of the most touching moments of the night on the whole was when member Hyunsuk said in the VCR, “FIX is a name that I’ll think of when I take my last breath.”

Looking at artists performing for you under bright flashing lights, in the fever of a crowd, it’s often easy to get lost in the celebrity of it all. CIX did a great job grounding the performance with their personalities, and that was perfectly complemented by the VCRs. It was a genuine reminder that ultimately these are 5 people who have worked very hard to be doing something they love and are also incredibly grateful to be doing so.

The band closed off the night with the title from their most recent comeback, “Wave,” “Cinema,” and concluded bittersweetly with “The One.” During their final track, they made deliberate eye contact with as many fans as they could, making sure they knew they were seen and loved in turn (and probably giving many of them their dreamy Y/N moment of the night).

CIX were charming, sexy, suave, and playful, and did a wonderful job keeping the audience engaged and excited during their performance. In the first VCR, one of their staff members said he thought they would do great things in the future. If the effort, determination and work that concert demonstrated was any indication, I’d be inclined to agree.

A Love Letter to “The Forbidden Love EP”