15 vintage Tumblr trends for those who were there at the start of an Internet phenomenon.

By Vienne Molinaro May 3, 2022 Entertainment, Featured 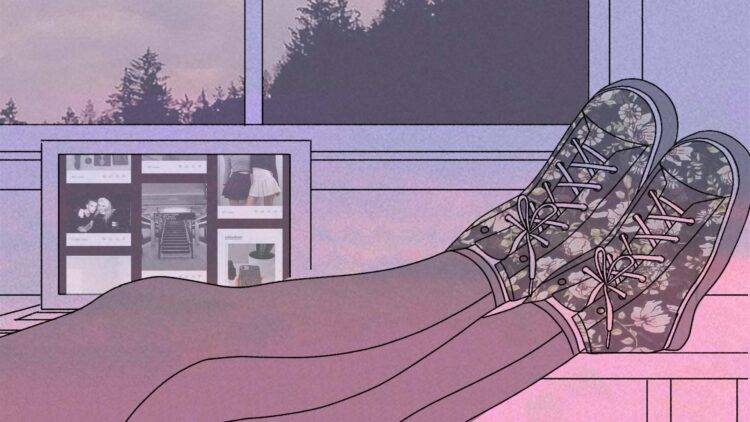 Well, it’s official: Tumblr is officially the age of the demographic that launched it to fame.

After launching in 2007 as a “microblogging” platform, Tumblr became a breeding ground for just about every corner of the internet. Due to its tagging and reblog features, everyone could find their community, from unbelievable pop culture conspirators to rabid fans of just about every band or TV series out there..

My first interaction with Tumblr was at the naive age of 10 years old. The year: 2012. “The Hunger Games” had just been released to theaters, “Call Me Maybe” was on every station the world over, and John Green had a say in just about every literature cliche of the time. After spending my pre-teen and teenage years on the site, I’ve just about seen it all. Rounding up the highlights, this is what is most memorable.

1. Some of the most memorable stories are the ones we make up

Where do I begin with this one? What started as lighthearted anecdotes became an online epidemic of fake stories. Oppa Homeless Style, the “Down with Cis” bus, the Supernatural satan possession nails, and my favorite, the One Direction/Led Zepplin “#feministrock” post. If “everyone clapped,” it probably didn’t happen.

Remember Fyre Festival? Meet his hotel-lobby-scamming older cousin, Dashcon. Even though the convention began as a playful joke about Tumblr users meeting up, Dashcon mutated into the defining marker of the site’s downfall. Attendees were promised a lineup of Tumblr demigods as special guests, but were met with a $17,000 extortion plea, an empty game room, and the ill-fated ball pit.What happened to the attendees is unfair, but it does make for a wonderful warning — just because you can, doesn’t mean you should.

This one really relies on what corner of the site you were on. Whether you ran a blog, reblogged, or just logged in to save posts in a particular niche, Tumblr cornered the market for sunset photos, oversaturated photos of floral Doc Martens boots, and endless (and predictably infamous) screenshots of impossible-to-find film stills.

I found the top five artists I listen to today in the #grunge tag back in 2013. Some of today’s most popular artists may not have had their origins on the platform, but their Tumblr fanbases definitely played a part in their success at the time.

5. Your Fave is Problematic

Oh dear, no one is really safe from this one, are they? Cancel culture has always existed in one way or another, but this blog was a direct encyclopedia of who was trouble in the public eye. Spoiler alert: Just about everyone.

The 20-year cycle of reemerging fashion trends seemed to blur during Tumblr’s heyday. In the era of indie sleaze, lolita, and character-driven clothing, Tumblr was a nursery for aspiring fashion bloggers to share the newest trends and upcoming styles and tastes.

Nutella, UGG Boots, and Victoria’s Secret perfume. There was a point in time where she ruled the world. Anything considered traditionally feminine and therefore “basic” outside of the internet was celebrated on aesthetic blogs and saved to my camera roll. Love it.

Aka TikTok’s “romanticize your life” trend’s predecessor. I remember being 11 years old, drawing out a summer bucket list and using these posts as a checklist. After the blog started gaining more traction around 2013-2014, the inevitable parody accounts followed suit shortly after. In fact, these posts became so astronomically popular that people still repost the originals for irony’s sake. Once an icon, always an icon.

Whether you were asking the questions or were the one being asked, the “ask box” feature either opened Pandora’s box or revealed the Holy Grail. Originally intended as a “one-off Q&A,” the site’s unique feature became a quick way to either gossip with friends or humiliate your enemies.

For a long time, Tumblr users upheld a communal manifesto on the do’s and don’ts of the site. Gatekeeping was its own sacred art. It was cool to talk about things you liked, but God forbid anyone mentioning their favorite show or movie outside of the Dashboard. To find users in real life, the website created its own vernacular and ambience, existing outside of a spoken vocabulary. If you have ever heard someone say “that’s so Tumblr” and immediately understood, you might as well be considered a grandmaster.

Think about it. How many of you spent hours looking for inspiration in the artists’ tag? Tumblr was a great way to support artists when exposure was very scarce on other platforms. It was common, but quietly discouraged, to redraw other people’s art in an attempt to improve one’s style. However, unfortunately, this unsanctioned act of theft often paid off for many other young, aspiring artists.

13. Books are the Hottest Accessories

On Tumblr, books had to be judged by their covers. The more aesthetically pleasing, the more likely the book was to go viral — no matter how good the book really was. On an optimistic note, these photogenic books inspired thousands of users to actually, you know, read them. Pulitzers were nothing compared to being on prettybooks’ review list.

14. Unimportant Discourse can be Heartfelt…Sometimes

Some things never die. I don’t think people realize that discourse that took place on Tumblr very rarely made it to other platforms, or even just real life. Now and then, I smile at the fights One Direction fans had with The Wanted fans. Oh, to be 11 again.

This is the one that I really hope stays dead for a while. It might be considered “fake deep” or cringey now, but these posts overstayed the sadcore aesthetic way longer than necessary. If you feel like scrolling through the defunct tag now, prepare to see endless screengrabs of “Skins UK,” blurry photos of teenagers running around some park at night, and grayscale images of cigarettes and train stations with subtitled quotes from unrelated movies. Ugh..