William Basinski’s “The Disintegration Loops” Is a Revolution in Space

Twenty years after the initial release of William Basinski’s seminal ambient album, “The Disintegration Loops” continues to breathe and break beyond its tragic context. 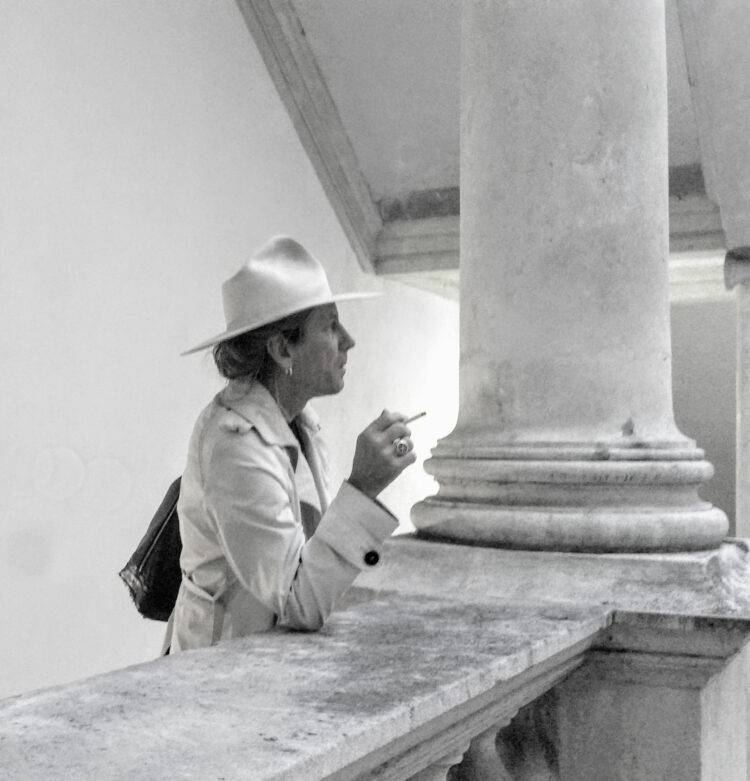 William Basinski’s 2002 ambient album, “The Disintegration Loops,” is most often talked about in relation to the September 11 attacks. It’s nearly impossible to avoid — the cover of each of its four volumes depicts New York in the hours after the collision. Basinski himself, in the liner notes, dedicates the work to the victims of 9/11. Allegedly, he finished the work the day of the tragedy, on his rooftop in Brooklyn. The loops themselves, which deteriorate over the course of their runtime, seem to mirror the towers’ destruction. Which brings forth the other oft-talked about point of this album — this work is about death. Not only as a memorial to those who died, but by literally performing the decay that all things must eventually meet. But now, 20 years after its initial release, it continues to breathe and break beyond its tragic context.

The work’s poetic destruction exists not as the centerpiece of this work, but as its conclusion, the final part of a process. The album speaks more to the entirety of temporality than a single endpoint — death here is just as important as birth and the life between, where it can be difficult to see decay even as it’s happening to us. Every track on this album feels not like an homage to death, but an homage to living with the knowledge of what will be. There is indeed a distinct feeling that “something has happened” which is embedded into these tracks, but just as equally, a feeling that “something will happen.” “The Disintegration Loops” creates a liminal space, throwing every molecule its sound can reach into an interstitial realm. This liminality allows the album to speak to any epochal event, always of the time, always primordial, always changing.

The album’s creative narrative mirrors this complete process. In the 80’s and 90’s Basinski would tape recordings he found from places like FM radio and treat them with delay and reverb. He’d then cut them up and loop them. Before establishing himself as one of the leading ambient composers of the 21st century, he used these tapes to make experimental soundscape compositions influenced by Steve Reich. While revisiting these recordings in the late 90’s he sought to preserve them by converting the analog tape into a digital format. But the process of taking the tape and running it through the tapehead damaged the tapes, creating cracks and gaps that Basinski found interesting. These edited and processed loops would become “The Disintegration Loops.” Each track on the album consists of a repeated loop in slow decay, until the tapes’ lungs tire, take rest, then vanish completely.

It’s an ambient album, and almost fits Brian Eno’s original definition of ambient music — “as interesting as it is ignorable.” It’s certainly interesting, but only slightly ignorable. The tracks call attention to themselves twice; once at the beginning, when you’re first stunned by its tragic yearning, and then at the end, when the crumbling sounds give way to a more disruptive degradation. But between its gentle birth and slow end, it plays to whatever environment you might build around it. As the loop plays on, and as you settle into its space, you can begin to focus on whatever else it is that might hold your attention; be it work, a chore, or some leisure. Still, the piece does not simply become ignored, it becomes the ground on which that activity takes place. Everything takes on a new color, enhanced by the quiet, undulating beauty of the loops.

As soon as each loop begins, the edges of your physical environment immediately widen. Whatever space you’re in becomes aglow with an emotional netting, specific enough to evoke a sense of searching, but vast enough to hold whatever emotions you might be carrying. In any room of any size, everything begins to hover with a glint of light. The contours of every object vibrate, outlined by a soft glimmer. Play it in the grocery store and even the aisles begin to brighten with a fire of cosmic residue. Your capacity to feel and wonder broadens. Its beauty is hard to describe, always hovering and filling in the cracks between words like joy, sadness, hope, longing, and grief.

The only exceptions to this are the two “Dlp 2” variations, which probably offer the most singular emotion across the album’s four volumes — anxiety. While the “Dlp 2” variations exude a distinct sense of dread, there is still an undercurrent of spacious beauty. A faraway piano-like horn offers some light hidden behind thickets of gray clouds and smoke. It feels like a long, lonely night in the desert, or perhaps some prolonged solar eclipse.

This is not to say that the other loops are identical in emotional shape and color, but rather that they all share that deep, capacious evocation. In each of the other loops, distant percussive crashes reverberate like the walls of a great canyon from some childhood dream. The hourlong “Dlp 1.1” feels at once hopeful and mournful, maintaining a melancholy that never succumbs to any single emotion. Its two layers of horns seem to contain some celestial knowledge, some capital “T” Truth, in their twin chorus. “Dlp 3” might lean a bit closer to the melancholy, and “Dlp 5” might lean a bit closer to hope, but like the first loop, neither is ever contained, more a conduit than a dictation. “Dlp 4”’s windy, chasmic synths and haunted pianos ebb and flow, at first constant, then collapsing. The effect feels like a world that’s lost in time, yet knows its place. Like a city before people inhabited it or a history after people have long evaporated.

Even as this record offers a sense of rest, and even as its grounding power of repetition remains, the songs are always moving. With each passing year, as we move farther and farther away from the album’s origins, dust accumulates and settles on its story. Yet the sound, ever mobile, continues to change even as it might decay.