Pamela Anderson never agreed to this. 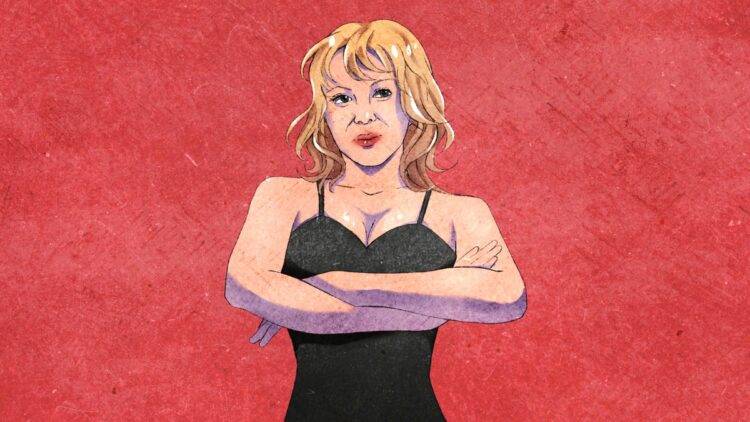 “I am going to be looked at like a slut by the whole world.”

Those are the words of Lily James’ Pamela Anderson in Hulu’s “Pam & Tommy,” where she tries to explain to her then-husband Tommy Lee, played by Sebastian Stan, the double standards of the media and the world.

The limited series is about the couple’s 1995 stolen sex tape and the way it affected both of their lives. We learn about their love story: from Lee’s obsession with the “Baywatch” actress that led him to stalk her until he got a date with her, to how they tied the knot after only four days of knowing each other. Because of how fast they got married, the show depicts a troubled marriage, with the couple learning new (and basic) things about each other throughout the eight episodes.

The plot revolves around Rand Gauthier, played by Seth Rogen, the contractor who broke into Lee’s mansion and stole his safe after being fired without pay. Gauthier plans the robbery and then sells the tape online, making this scandal the first celebrity video to be leaked online for a price. Its success grabbed the attention of entrepreneurs that invested in Internet pornography, which also becomes a small plot on the show.

The producers based “Pam & Tommy” on a 2014 Rolling Stone article, because Anderson and Lee chose to not be involved in the series. The research is based on published works by the ex-couple in the past, but fictional moments of the couple’s intimacy were added to create more impact.

“Pam & Tommy” is well made and the acting is exceptional. James’ physical appearance as Anderson is immaculate, and her performance embodies the struggles of a woman with no voice about her own body. Stan’s impersonation of the wild Mötley Crüe drummer is believable, his obsession masked as love was forthcoming, and the chemistry between the two actors strengthened the love story between Lee and Anderson.

The problem with the show is how violating it is for the real Pamela Anderson.

The directors claim that it was sypathetic to Anderson, yet nudity was present in every episode, from the couple’s intimate scenes, parts of the sex tapes, to Anderson giving birth to her first son. Utilizing nudity to tell a story of a woman that is still dealing with the consequences of her intimate moment being shared online is not ideal. I am all for artistic nudity, but recreating parts of the tape that people might still have access to was senseless. There was no consent from the couple back in 1995 when the tape was stolen and published, and neither party consented to the creation of the show this time, either.

James reached out to Anderson to hopefully have her involved prior to production and during filming, but never received a call back. Sources close to Anderson have said that the actress has no intention of watching the show now or in the future, and that she has avoided watching the trailer or seeing pictures of the characters.

It is an understandable reaction, considering Anderson is still dealing with the consequences of the spread of her sex tape. Lee was seen as the “cool guy” for being intimate with Anderson, while she lost the rights to her own body simply because she had already posed for Playboy and she was playing a “sexy” character in “Baywatch.” The most heartbreaking moment of the show is when Anderson realizes that she is losing job opportunities because she is solely seen for her body. Societal double standards are very clear throughout the episodes, while Lee is making jokes about his penis size with people at a bar, a pregnant Anderson auditions for roles that she  would not get as a result of the leaked tape.

It is gratifying to see social media defending Anderson decades after the occurrence; as painful as the past being brought up years later is, the show created conversations regarding pornography, sex tapes, and double standards online. TikTok accounts shared content about Anderson and Lee in a respectful manner, explaining to a younger audience the facts about the ex-couple and their lives, before and after the leak of their tape.

TikTok commentator @hellotefi made a very informative thirteen-part video where she went down the timeline of Anderson and Lee’s relationship. Sympathetic towards the actress, Tefi defended Anderson and explained the turbulent life she had with Lee back in the mid-1990s, and even added in what their relationship is today. However, one of her followers did not like this series: ex-Vine star — and current wife of Tommy Lee — Brittany Furlan thought her personal life would not be invaded for being “mutuals online.” Furlan unfollowed Tefi claiming that the content creator’s “Perez Hilton vibes” upset her, and that some “facts” Furlan shared were untrue.

This TikTok drama exposed two sides of media consumerism. Tefi, as a commentator, shared her sympathy to Anderson’s pain and explained what a toxic relationship looks like, while mainly focusing on facts through the actress’ point of view. On the other hand, Furlan, the follower who defended her husband (and herself for that matter) claimed that she did not understand why a mutual follower would talk about the past. However, Furlan followed @hellotefi, who regularly posted celebrity gossip, and had no issue with the content until she was involved (her name was never mentioned, though she was referred as “his current wife” once), revealing a hypocrisy on her part. The Vine star chose to ignore the message of Tefi’s series, which was how little voice Anderson had throughout her career, and how a toxic relationship can become an addictive cycle that could be hard to break.

After refusing to be involved with the Hulu series, Anderson signed with Netflix to work on a documentary of her own. Directed by Ryan White and co-produced by her son Brandon Thomas Lee, the news was shared by the actress on her Instagram account with a note with Netflix’s logo, claiming that she’s “not a victim, but a survivor & alive to tell the real story.”

This is her time. She deserves a spotlight to tell her story, without the sexualization and dramatization of her traumas. In an era of the #MeToo movement, where women are supporting other women more than ever, and where the media is beginning to raise awareness about the double standards and misogyny of Hollywood, Anderson finally has the opportunity to share her version.

We owe her this moment, but most importantly, we owe her an apology for how we, as media consumers, have treated her in the past. 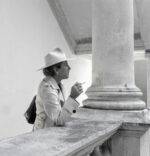 William Basinski’s “The Disintegration Loops” Is a Revolution in...