Mysterious figures have a fantastical journey through a bathroom in Chana Goldbloom’s “Tiledren Journey.” 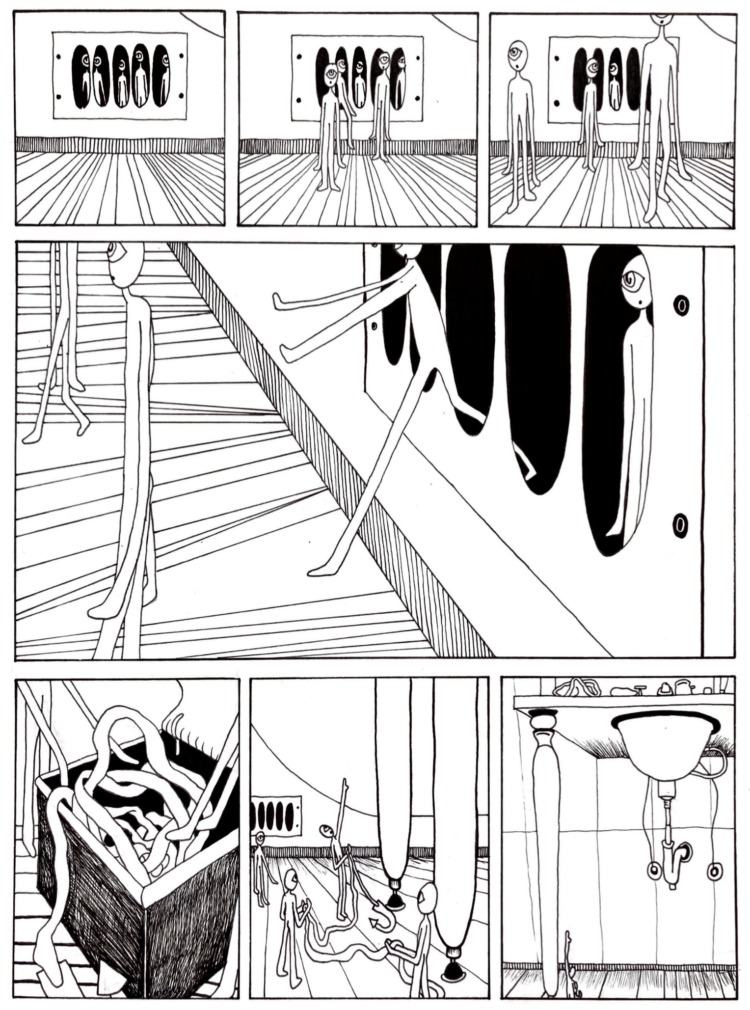 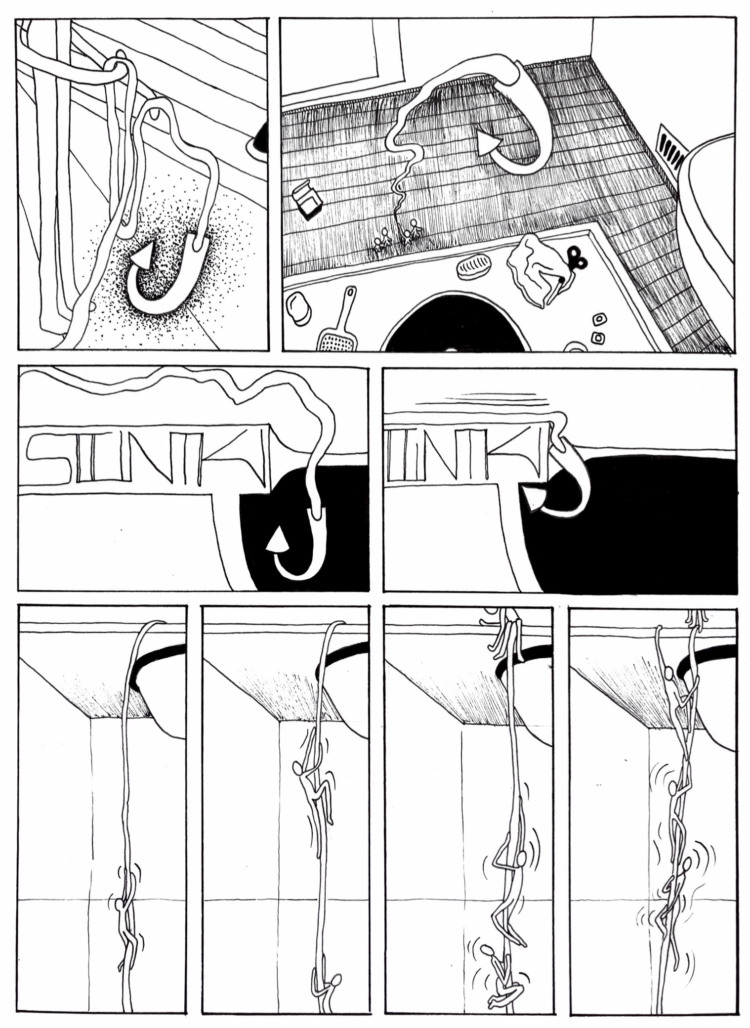 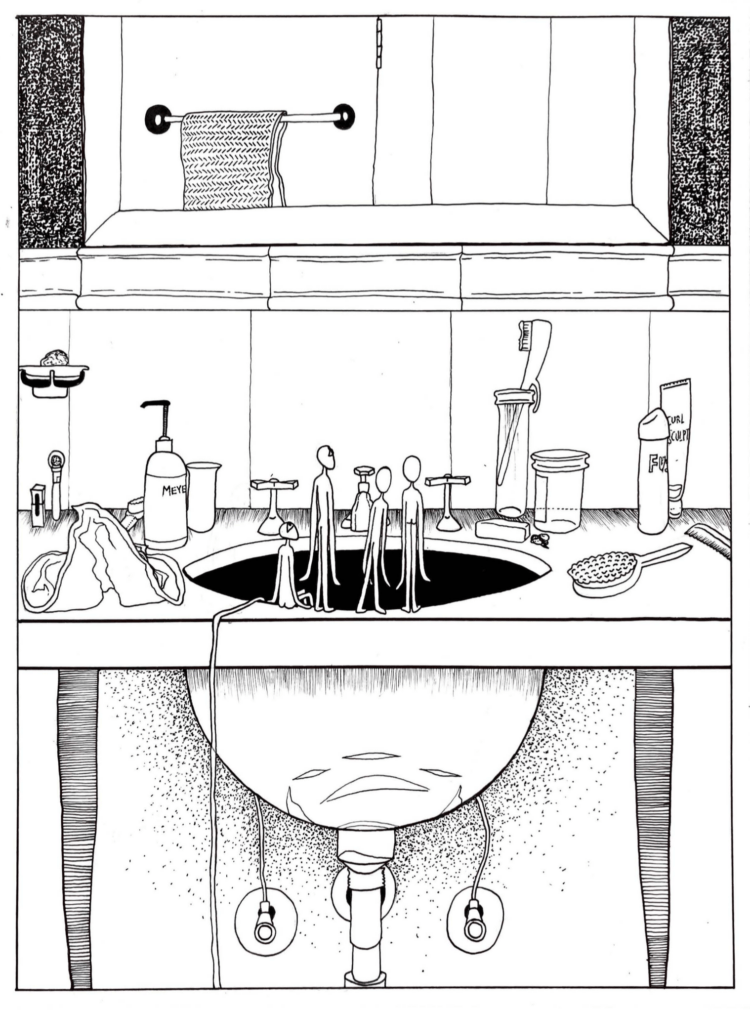 Panel One: Five one-eyed beings looking out of a grate with five holes above a striped floor.
Panel Two: Two of the beings are now in front of the grate and one is in the middle of coming out.
Panel Three: The figures walk forward, creeping through the grate and into the room.
Panel Four: In a larger panel, we see a fourth figure reaching out of the grate, a fifth figure staying behind.
Panel Five: Arms reach into a chest that has a rope in it.
Panel Six: The rope is now stretched out between three of the beings, and a hook is at the end of it. One being is pointing upwards while holding the end of the rope that has the hook.
Panel Seven: We see what the figure is pointing at–the underside of a bathroom sink which is seven times the size of the small figure.
Panel Eight: Close up of the third figure maneuvering the rope and hook closer into their body.
Panel Nine: Bird’s eye view of the bathroom sink and floor. The rope is mid-air flying from the third figure who is holding it on the ground surrounded by the rest of the beings.
Panel Ten: The hook lands loosely in the sink!
Panel Eleven: The slack in the rope tightens as the hook snatches in tight underneath the ledge of the sink.
Panel Twelve: View of under the sink, with a rope hanging down from the side. A being is beginning to climb the rope.
Panel Thirteen: Now two figures are climbing up the rope!
Panel Fourteen: One figure has reached the top and beckons the remaining figures climbing up the rope.
Panel Fifteen: The second figure gets a hold of the top ledge with one arm. The other two figures wriggle up the rope.
Panel Sixteen: A full page spread of the sink with three figures standing on the ledge and one sitting down on the ledge. The upper third is of the mirror with a towel on a towel rack reflected. The middle third is of the sink with the figures, a crumpled rag, soap, a large toothbrush in a tall mason jar, a shorter mason jar, a brush, curl cream, a comb, makeup, and shaving cream. The lower third has the rope hanging down in front of the architecture of the underneath of the sink. The figures have successfully completed their journey.
Like 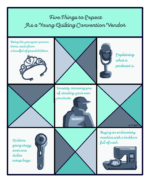 Five Things to Expect As a Young Quilting Convention...