Teen Idles, the Teenage Dream, and the Impatience of Teen Angst

The impact of Sky Ferreira on stan culture, from the era of smudged eyeliner, Doc Martens, and the iPhone 4S. 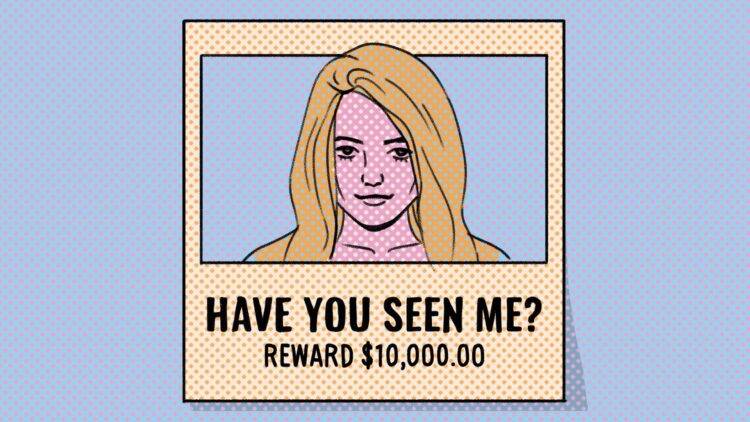 2013 was a good year to be different. Smudged eyeliner Catholic school girl was the look, Vine had just come onto (and overtook) the internet, and with a prayer that your feet don’t erupt in blisters, you could put on your Doc Martens as you get ready to “24 Hours” on your iPhone 4s.

Almost a decade later, the indie sleaze style has been revived à la Gen-Z’s infatuation with the past. Wired headphones are cool again, DIY zine-making is more popular than ever before, and dark under-eye bags are more on-trend than the newest Birkin line.

One of the frontrunners of this aesthetic is Sky Ferreira, whose merlot pout and bleach blonde musings made their way from Terry Richardson’s Tumblr into a coveted seat at NY Fashion Week. Having one hand in the world of fashion and the other in the world of music, Ferreira served as an introduction to the glitter and gloom of the ideal alternative pop.

To say Ferreira grew up in a musical household is an understatement. Raised by her grandmother, a personal hairstylist to Michael Jackson, Ferreira spent a lot of time in the Jackson household. When the King of Pop heard Ferreira singing (no big deal), he encouraged her grandmother to have her join a choir. As a teen, she began posting self-written songs to her MySpace page, and quickly caught the attention of producers and executives in the industry.

Starting off her career in the electropop scene of the early 2010s it was obvious that her label, Parlophone Records, was pushing her to be the next pop girl, following acts like Ke$ha, Rihanna, and, dare I say it, Lady Gaga. However, her first few singles with the label, “Obsession,” “One,” and “17,” failed to achieve any commercial success. In turn, Parlophone shelved her and any potential for a debut album.

Struggling to make an income from her teenage ballads alone, Ferreira began to model for high fashion brands like Marc Jacobs, did a Coachella Campaign for Forever 21, and was one of the faces for Calvin Klein’s revived ck One fragrance. Capitalizing off of her unique features, her modeling career was upheld by many fashion and aesthetic bloggers at the time. “Fashion is just a part of what I do. Musicians want to work with designers. Luckily, I got to do that first. It all happened at the same time, but the modeling just took off faster. A lot of the people I know who are in bands have to work in restaurants and bars when they’re not touring. I model instead,” Ferreira stated in an interview with BULLETT in 2013. Using the money she earned from such luxurious endeavors, she began to pay for studio time out of her own pocket.

Frustrated with the lack of support or promotion from Parlophone, Ferreira began to take control of her music by working with Vampire Weekend’s Ariel Rechtshaid and Devonté Hynes, AKA Blood Orange. To pay for studio time, she used the money she earned from her various modeling endeavors. Then, in 2013, things began to escalate.

In April of that year, the synthpop hit “Everything is Embarrassing” went absolutely viral. You couldn’t walk into an American Apparel or H&M without hearing the song soundtracking endless teenage girls buying that iconic tennis skirt.

With this newfound fan base, Ferreira released an EP titled “Ghost,” and had a debut album, “Night Time, My Time,” by October of the same year. Ferreira had made a monument for herself in both the music industry and internet scene.

In the fall of 2013, after the release of her debut, Ferreira became the face of genre-bending the alt-pop scene, mixing electro pop sounds we’d heard from her before with the bedroom rock that was making rounds in her newfound fanbase. Ferreira broke the mold of the bubblegum pop star, standing shoulder to shoulder with acts such as Lorde, Lana del Rey, and even Marina and the Diamonds, who were all making music at the same time.

Isabel Lim (BFA 2025), a photography student, remembers Ferreira having a specific aura around her that “encapsulates the whole 2014 tumblr era.” In Lim’s eyes, Ferreira “is definitely the blueprint for the whole indie-model-popstar aesthetic that was a trend in a lot of 2010 pop girls.” Even the critics agreed. Pitchfork declared “Night Time, My Time” as “one of the most pleasingly conventional and cohesive pieces of pop-rock,” and it earned a spot on the publication’s Best Albums of the 2010’s.

In Spring 2015, Ferreira announced her second album, “Masochism,” which fans greeted with  anticipation. A single was also promised that summer, but failed to materialize even after the year expired. In 2016, the album was promised once more, and again in 2017, and so on for the next two years.

In 2019, cravings of new music were briefly satisfied. That spring, Ferreira granted fans the eerie “Downhill Lullaby,” and the summer begot a self-help, synth-heavy collaboration with Charli XCX, “Cross You Out.” Despite the sprinkles of  new music (including “Easy” in the movie “Baby Driver,” in which she played Baby’s mother), fans were still waiting for her second album.

“I’ve been at the mercy of people the last few years,” Ferreira said in a  2019 Pitchfork interview, alluding to music executives restricting her from releasing any new music.

As years passed with no album in the queue, an unending supply of “Have You Seen Me?” edits, with Ferreira’s side-part and ‘80s reminiscent profile next to a $10,000 reward, popped up on just about every social media feed.

As melodramatic as some of her fans have been in the past years, it isn’t like she disappeared from the planet completely. In fact, quite the opposite. Between the release of “Night Time, My Time” and now, Ferreira has landed acting gigs in “Twin Peaks: The Return,” “American Woman,” and “Elvis & Nixon.” She also modeled and walked for Marc Jacobs, Karl Lagerfeld, and Hedi Silmane.

In 2020, amidst a pandemic, quarantine boredom, and the overstated revival of Y2K, it was almost inevitable that Gen-Z would get ahold of the understated teen-idol. With rapid exposure through social media, musicians have never had it easier. With the push of a button, a song can be recorded, posted, and be in the charts within literal minutes (hi, TikTok). Ferreira’s new and pre-existing fan base has grown accustomed to this accessibility, and when you mix years of unfulfilled promises with impatient fans, whoever is still around and paying attention has proven unprecedented loyalty. The kind of loyalty that remains unshakeable, even after record labels are keen to scapegoat their artists.

It’s not uncommon for record labels to move on to the “next big thing” when their artists fail to make an impact, from failing to promote less “marketable” music and musicians to locking them in contracts that make it impossible to advertise their work. But Ferreira’s case is different. Even after the years of a missing sophomore album, her existing discography is still the crown jewel of indie gems. “Night Time, My Time” still finds a home on every “top albums of the 2010’s” list. Her music still loops through designer stores, and her face is still that of Marc Jacobs and their Heaven line.

In December 2021, Ferreira, once again, announced that the album would be out, promising a spring 2022 release.

On March 31, 2022, a small snippet of a new song with the text “Don’t Forget” printed over her name, satirically captioned “remember me?” Rumored to be released this month (April 2022), it is not clear if the song “Don’t Forget” is the name of her newest single, or the title track of the new album. With “Masochism” being scrapped for almost ten years, a new album title, or even the potential of a completely new tracklist, sounds like a new start for Ferreira.

The announcement adds to the list of nostalgic reminders of recent months: Robert Pattinson returns as the prince of melancholy; low-rise skirts are back with a vengeance; and the Madonna biopic is still tossing around potential names to play the material girl, one of them is Sky Ferreira. And yes, Sky Ferreira. We do remember you.

“Turning Red”: A Turning Point for Children’s Films, But...