The Magic Touch of Vanna Youngstein 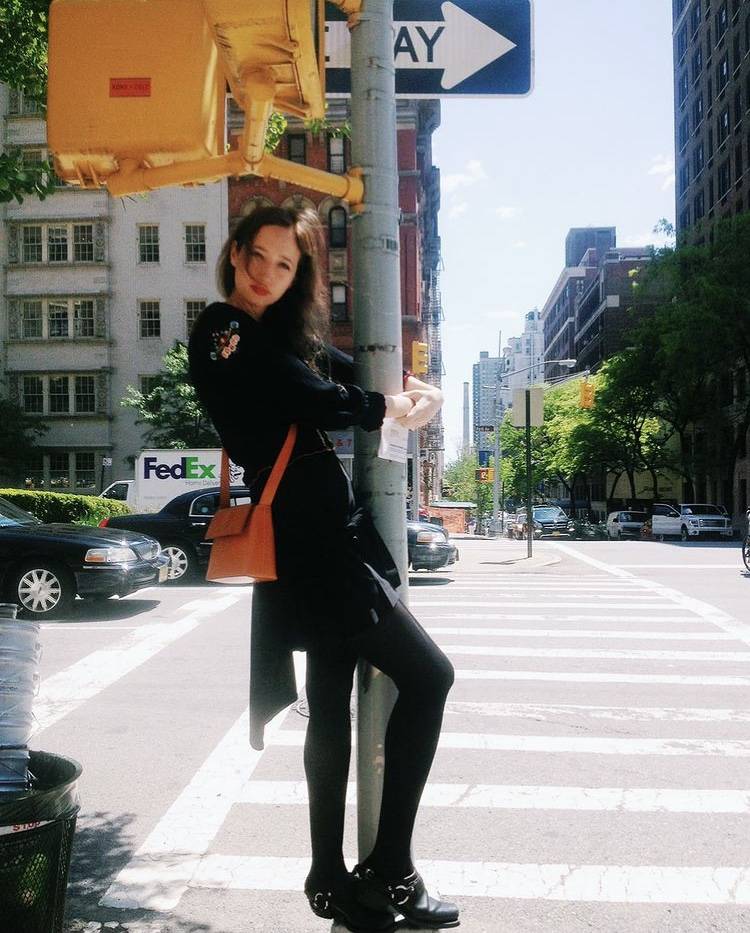 Designer Vanna Youngstein clings to a traffic light. Photo courtesy of the designer.

Dressing up has become a rite of passage in every young style maven’s life. If you possess a Wi-Fi connection, it won’t take long to discover how alive the fashion-focused internet is with an endless archive of character-inspired lookbooks, moodboards, and TikTok compilations. I would imagine it’s a universal experience, but for British-American designer Vanna Youngstein, incorporating characters into her style has become a natural instinct.

Over the past six years, Youngstein has captivated the fashion industry. Her designs, submerged in charming prints, kitschy labels, and Y2K aesthetics make the Gen-Z 2000s revival familiar in a way that only a persona-driven designer could. Her catalog has become the object of desire for aspiring It-Girls everywhere, found everywhere from Pinterest boards to the glossy pages of Vogue and Nylon, and it is often the choice of attire for the beautifully precarious characters on HBO’s “Euphoria.“

Youngstein is the epitome of a charming, stylish girl, with an ever-grateful attitude. “I am rushing around a lot. I don’t get a chance to see many people wearing my stuff, but when I do it’s an amazing feeling,” she says, in purple Arial font over email. Her fashion line is as girly as it is tomboyish, with J-14-chic silhouettes in a variety of floral, solid, and patterned prints. 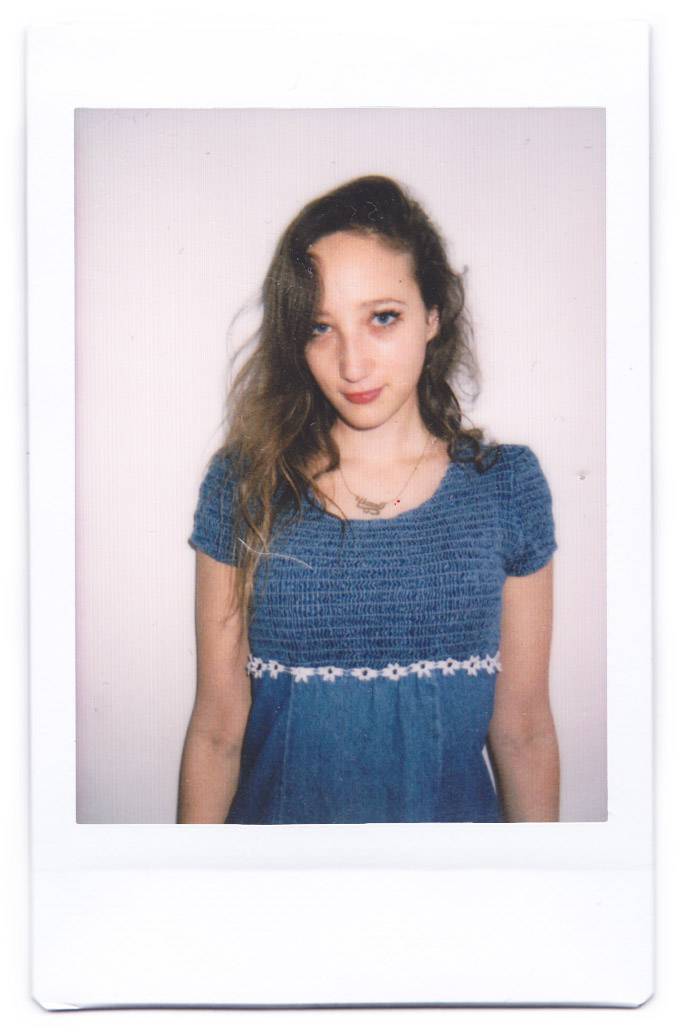 Archival polaroid of Youngstein. Courtesy of the designer.

Youngstein knows how to dress a character. After being commissioned by Heidi Bivens, the prodigious costume designer of “Euphoria,” to design a custom shirt for Alexa Demie’s Maddy, Youngstein added the design to her shop before the episode had aired. Pre-orders sold out as quick as they had hit the site. “[Heidi Bivens] texted me about it and told me the types of tones/colors she was using,” Youngstein says, explaining how the commission came to life. “I thought it would be cute to redo it in a script design with pink (furry) flocking and have it quite high up on the tshirt which has become a kind of signature.”

“I think I’ve always been interested in style and character driven design/styling!” she tells me when asked to pinpoint the moment this knack began. “I always had my own little style and certain things made a big impact on me.” She found inspiration in everything from watching her mother dress up for Halloween, to watching Aretha Franklin belt “Think” in an iconic pink waitress uniform in “The Blues Brothers” (1980), to the classic red lip donned by ever stylish characters like Jessica Rabbit, Morticia Addams, and Jackie Brown — a look that she incorporates into her daily routine.

Half-English and half-American, a trans-Atlantic influence on her style has always had a subconscious imprint. In school, she relieved the strict English uniform with personalized varsity jackets and lunchboxes from America, a mix that she tells me she still really lives for. “I think that the style between the two is becoming more similar, but previously, English style was historically kind of more eccentric with focus on mixed prints like stripes and liberty prints, hand-me-downs, heritage brands and vintage based.” 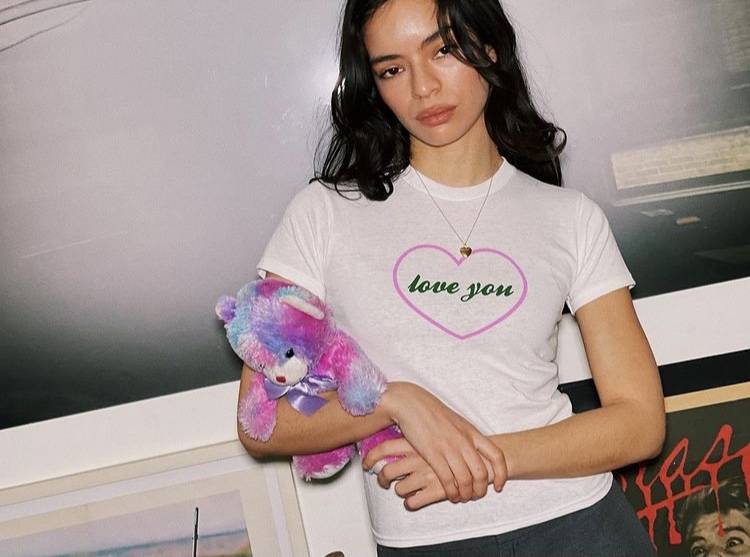 Between working at vintage retailer Portobello Market in West London as a teen and later interning at Alexander McQueen down the road, Youngstein has always found a place in the industry. Among shops like Tammy Girl, Sanrio, Hot Topic, and Contempo Casual, she points out physical establishments that she draws inspiration from: “I go to a lot of museums and galleries and bookshops and novelty trinket stores whenever I can. I watch old movies/fashion shows and music videos and interviews. I’m really into the mix of unusual colours and prints together. I use as much deadstock tees as possible then design a logo to go with them.”

Though her brand is still in its infancy, her clothes have appeared practically everywhere. After being popularized by high profile names like Selena Gomez, Chloe Sevigny, and Pixie Geldof, and popping up every so often in the squares of influencers’ Instagram stories, it didn’t take long for her designs to become global symbols. 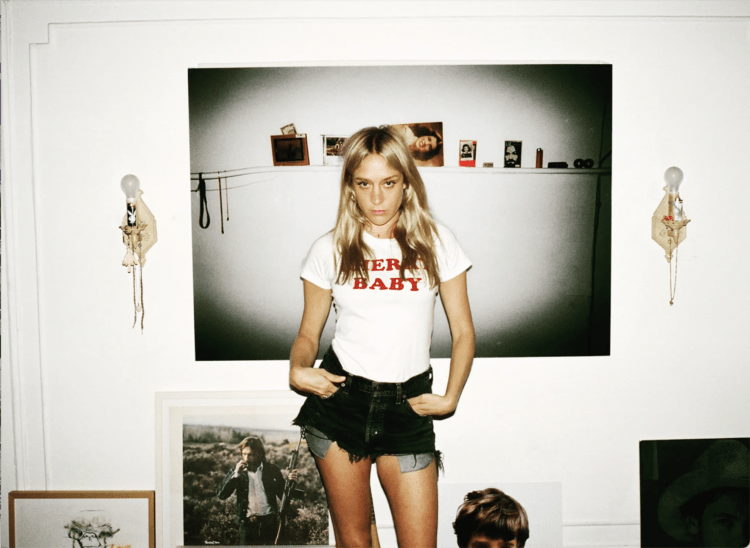 With a love of her clothes being shared by Hollywood, influencers, and the youth, it didn’t take long for her character-inspired wardrobe to join the post-modern style bible alongside the Vivienne Westwood pearl choker, Burberry plaid skirt, and Praying’s “Vampire Love” handbag. Those who know about Vanna’s line either have a piece, want one, or knows someone that does.

Last November, a surprise drop of her most popular style, the “Atomic” tank, hit her shop in various different prints and colors. I was lucky enough to get my hands on one (the pink floral print for those curious). They had sold out only a few minutes later. The package arrived not long after, wrapped in colorful tissue paper, with two hair clips shaped like bows attached to a personal note. What I found endearing and surprising  was how delightfully heartfelt every aspect of the packaging was: the cordial attention-to-detail, to the live interaction with her customers on and off the market. 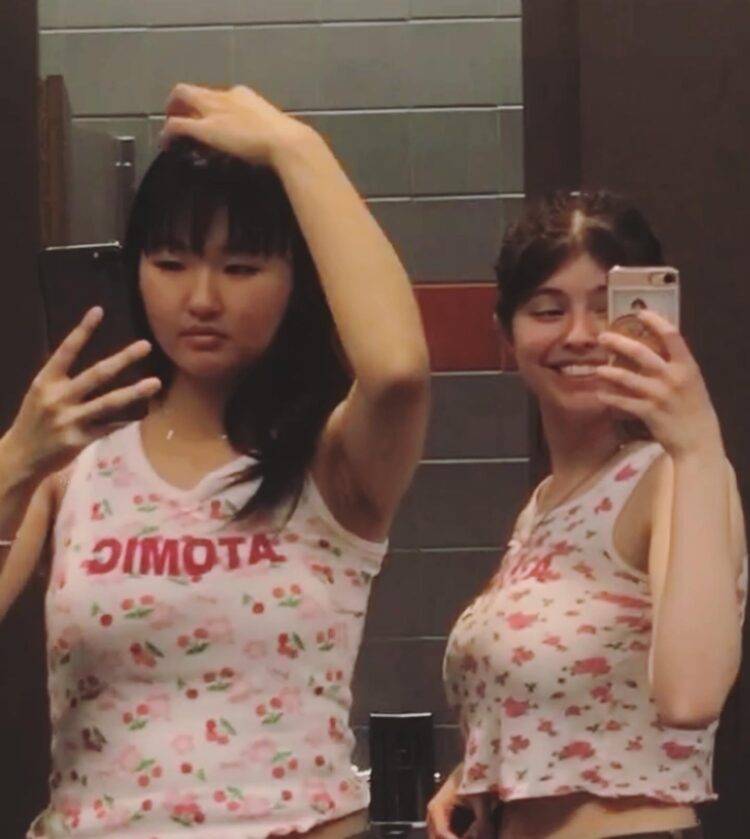 Youngstein’s “Atomic” tank, featuring the author and friend. Courtesy of the author.

There have been many brands and products before hers that maintained a social influence and trendsetting-following. What separates Youngstein from these tropes is that even though her products have gone mainstream, her brand runs as a small business. She revealed to Sheesh Magazine in 2021 that her web store was created overnight, literally. “I built the website in one night, very DIY, and that’s how I started.” After the online popularity proved to sell out restocks within minutes, dupes and resales began popping up around Depop and Poshmark, priced ten times as high. Though primarily sold through her online shop, stockists such as Opening Ceremony, X-Girl, and Bonjour Records house select designs.

Because the clothes are so affordable, they feel like collectible trinkets that can be used as dress up regalia. The limited-edition styles give the wearer their own distinctive quality. “I think each design has become a bit like a different character, and when each person wears it then they add their own unique style to it. I think it’s the combination of styles/prints/motifs that gives it the identity,” Youngstein said. These motifs, from cherubs, Italian idioms, and ironed-on, embroidered,or bedazzled classifiers, have become the hallmark of Gen-Z’s love for dovetailing different aesthetics.

Regarding the industry itself, Youngstein has an optimistic gaze. “I think it is naturally changing slightly in that people hold on to their favourite pieces and cherish them for longer without buying new things as much as before,” she shares. “Inclusivity and kindness is extremely important and making people feel confident and happy as much as possible.”