Ghosts in the Machine: The Fearful Symmetry of Alex Kister’s “The Mandela Catalogue”

Entertainment Editor Nestor Kok sits down with Alex Kister, the fresh new face of analog horror and YouTube content creation, to discuss the unique brand of terror in “The Mandela Catalogue.” 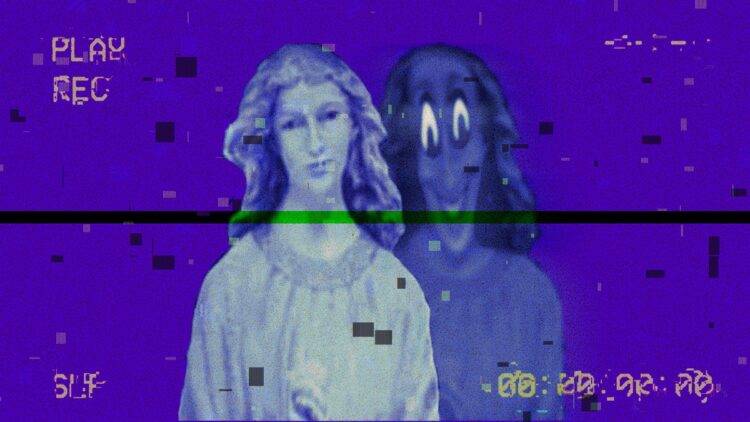 “Ghosts in the Machine” is a column by F Newsmagazine’s Entertainment Editor, Nestor Kok. Here we will take a deep dive into the past, present, and future of analog horror, spotlighting the creators who bring our worst nightmares to life, and unraveling just what makes analog horror’s unique brand of storytelling tick.

The time-worn, yet compelling myth of the doppelganger operates at the core of “The Mandela Catalogue,” created by 18-year-old Alex Kister. Presented in the form of grainy, miscellaneous found footage from a world under threat by unidentified hostile organisms known as “alternates,” Kister’s series ratchets the stakes up and throws viewers into the deep end from the get go. Alternates are no cuddly E.T.-esque alien — they’re bent on planetary domination, and require lethal force to neutralize. Some are hideously warped versions of human beings; chthonic monstrosities that look like they crawled out of the depths of H.P. Lovecraft’s nightmares. Others, however, simply look like their human counterparts. “If you see a person that looks identical to you,” states the soulless computerized voice narrating an educational video by the United States Department of Temporal Phenomena, “run away and hide.”

The poignancy and pathos of “The Mandela Catalogue” is found in the fact that you can’t always heed this advice. Trust is an innately human value; one that often works to bring out the best of mankind amidst the growing horrors of our dying planet. But in the world of “The Mandela Catalogue,” trust is an oft-fatal weakness, and what sets the series apart from other doppelganger tales is that it isn’t afraid to take its central myth to terrifying new heights, by using it to test the limits of our trust in the authorities and other traditionally powerful institutions.

What initially comes across as an official instructional video for 911 emergency hotline operators later orders its would-be trainees to leave their victims for dead. “Do not help a caller reporting an alternate encounter, no matter how frantic their screams are,” reads the grainy VCR text onscreen. “The call can be ended when they stop responding to your questions.” Are these the alternates speaking? Have they managed to infiltrate the government? Or is this the work of an uncaring police department strapped for resources and time? The true terror lies not in knowing that human subjugation is nigh, but in suspecting that we are, in a way, also the cause of our own undoing.

Since its premiere in June 2021, “The Mandela Catalogue” has all but become the new face of analog horror and YouTube content creation. The series made waves across the Internet for its refreshing take on found footage horror and the unique, far-reaching subtlety of its scares. YouTubers like jacksepticeye and Wendigoon have heaped unending praise on the series, and Kister was interviewed by GQ Magazine in October. Kister’s channel has accumulated almost nine million views.

Being thrust into the limelight has only solidified Kister’s drive to perfect his content. Not one to shy away from engaging with his fans, Kister stands out for being a creator who actively responds to constructive community feedback, whether through taking suggestions onboard to implement in future “Mandela Catalogue” episodes, or by being able to laugh at his own weaknesses alongside his fans. In response to a tweet poking fun at analog horror conventions, Kister created “The Scrimblo Catalogue,” lampooning his own series in a feat of good-natured humility that rallied even more analog horror fans around him.

What drew you to start creating analog horror?

I’ve been a huge fan of the “found footage” horror subgenre for as long as I can remember, so I was naturally interested in giving it a shot with concepts that haven’t been utilized much in horror.

You’ve cited Kris Straub’s “Local58TV” series as a big inspiration. What other works inspired “The Mandela Catalogue?” What other media do you draw inspiration from generally?

Other than “Local58,” the series that has given me the most inspiration is “The Walten Files,” a series that takes a very unique visual approach to analog horror.

“The Mandela Catalogue” is unique in the way that its antagonists, the alternates, can be traced back to biblical times, and the series deals with overarching themes of Christianity and mysticism. What inspired you to tackle such a heavy subject?

“The Mandela Catalogue” originally began as a creative outlet for the existential crisis I was going through at the time, especially when it came to topics like religion. During this time, I thought a lot about how history would play out if classic biblical tales had an evil “twist”. This kind of thought process is what inspired “Overthrone,” the first episode in the series.

“The Mandela Catalogue” is entirely a self-made labor of love — you shoot most scenes in your home, and either do the voice acting yourself or get your mom to help out. Is this self-directed, self-controlled approach something you want to stick with? Or are you hoping to branch out and collaborate with other voice actors and creators in the future?

I’d like to keep a more self-controlled approach, but I will always welcome new ideas from people I work with. In fact, the voice actors I’m currently working with have influenced how the inter-character dialogue plays out for my next big installment.

You recently told GQ Magazine that you mostly make “Mandela Catalogue” videos on your iPhone 11, which runs in line with the fact that analog horror is a genre defined by its “low-budget look” and grainy, VHS-style editing. Do you like this stripped-back production style?

I like the stripped-back production style because it makes the viewer feel like they are watching something that has been “lost”, which adds a level of mystery and ambiguity that I love. However, I have upgraded my production quality for Season 2, so I can make the footage feel more genuine. Instead of using my phone, I have bought an entire new computer where I have been using tools such as Photoshop, Audacity, and DaVinci Resolve. It was quite expensive to get this PC but I knew it would be worth it in the long run, in terms of video quality.

In the past you’ve mentioned that some of your biggest criticisms come from the fact that you play up to certain analog horror genre tropes, like jumpscares and heavily-edited “scary faces,” and that you’d like to break out of analog horror conventions eventually. What tropes of the genre are you trying to avoid, and alternately, what tropes of the genre do you enjoy, and see yourself continuing to use?

The trope I am trying to avoid the most is predictability, which is something I believe analog horror suffers from the most. I feel like my biggest strength is building tension, however, which is my favorite trope of the genre. I feel like tension-building is very underutilized in the genre.

If given the chance to obtain a big budget for your content, would you take it? If so, what would you change? If not, why?

I would absolutely accept a bigger budget for my content. It may not follow the traditional analog horror format, but I’d love being able to have as many perspectives of the in-universe story as possible. Having a live-action viewpoint of the series would be really interesting, I think.

Is content and narrative creation a full-time job for you, or do you have another occupation?

At the moment, narrative creation is my full-time job. I plan on spreading out what I produce in the future, I’m just not too sure what it would be made up of yet.

Analog horror, and YouTube content in general, tends to be self-funded or fan-funded — “The Mandela Catalogue” has a Patreon where fans can help support the series. As a content creator, do you find the Patreon model of funding sustainable, or are there other ways to support your series that could be better?

In terms of funding, I am doing fine. It helps me out monumentally. Patreon is nice because it allows me to actually interact with my supporters, as opposed to me just taking money.

Whereas most other analog horror creators opt to remain anonymous or leave their work shrouded in mystery, you’re known for actively engaging with your fanbase’s reactions and memes; even going so far as to light-heartedly joke about your own series by creating “The Scrimblo Catalogue.” What’s your mindset behind that? Do you think more creators should openly engage with their fanbases?

I don’t like hiding behind a screen, especially when I have this large of an audience. From an audience perspective, I’ve always enjoyed being able to interact with the creator of media I enjoy, since it adds another level of connection. I have nothing against analog horror creators wishing to stay anonymous, though. If they feel like it enhances their project, more power to them.

Volume Two of “The Mandela Catalogue” drops some time this January. Could you tell us anything more about what we can expect from this volume?

Volume Two is going to take place in 2009, as opposed to the early-nineties timeframe that Season One took place in. As a result, new technology will be utilized that I think viewers will find interest in.

What are your future plans and hopes for “The Mandela Catalogue?” And do you have any other projects in the pipeline?

In terms of YouTube, my end goal is to leave behind a footprint in horror media for years to come. It is quite ambitious, but I truly think I can do it. I do have another huge project in the pipeline that I can’t really talk about yet. It is definitely something to look forward to, though.

Season 2 of “The Mandela Catalogue” is slated for release later this month. You can watch all existing episodes of the series on Kister’s YouTube channel.

Tune in on Jan. 21 for the next installment of “Ghosts in the Machine.”

One Response to Ghosts in the Machine: The Fearful Symmetry of Alex Kister’s “The Mandela Catalogue”