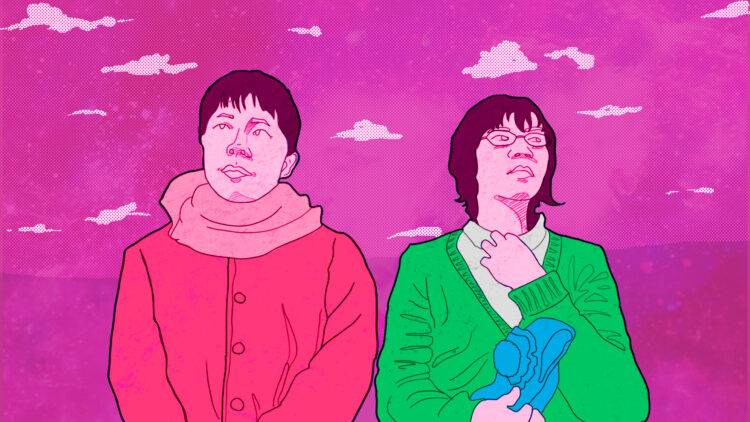 We talk about time too much. Be it artists that were ahead of their time, or artists that feel dated, it takes up too much room in the conversation. It’s all very good when talking about the history of art, but what about how it plays for you in your living room, right now? Perhaps the biggest compliment you can give a work of art isn’t that it was ahead of its time, but that it was timeless. Japanese shoegaze band Pasteboard released their masterpiece “Glitter” in 2005, a decade after the genre was at its peak, yet it still stands far above the majority the genre could offer. Pasteboard proves that a great melody and some solid chords are all it takes to make a great song.

Pasteboard was formed in 2001 by multi-instrumentalists Mihoko Tanoue and Makoto Igarashi. Influenced by shoegaze bands like My Bloody Valentine, Slowdive, and Ride, the Saitama, Japan-based duo emulated the sounds of their idols with uncanny precision. Their sole album, “Glitter,” worked firmly within the parameters established by these bands — subdued vocals, distorted guitar, and understated drums. Though the band drew their inspiration largely from Western sources, “Glitter” was completely overlooked by Western media. Even today, you’d be hard-pressed to find any information on the band in English. A small blurb remains on last.fm, a website where audiophiles can track what they listen to, but outside this two-sentence description, their textual existence on the Western side of the globe is reduced to whispering corners of music forums and blogs.

“Glitter” did, however, receive some recognition from critics in its native country of Japan. Underground Japanese music zines described its sound as “gently melodic” and “quietly strong.” Though the album failed to chart on Oricon (a company similar to Billboard that tracks sales), it did inspire other Japanese shoegaze bands such as Oeil and Kinoko Teikoku, both of whom achieved more commercial success than Pasteboard. To me, it remains a high watermark for the shoegaze genre, exhibiting a mastery of form surpassed only by My Bloody Valentine. As innovative as Slowdive and Ride might have been, they never achieved this level of gifted melodicism. “Glitter” uses the sonic blueprint of shoegaze — washes of sound that blanket the listener, and streamlines its music to the two main qualities persistent in Western music — melody and harmony.

Shoegaze, at the end of the day, is a genre within the rock/pop format. While some bands like My Bloody Valentine or Drop Nineteens played with structure, what links shoegaze works to one another is their aural palette. For Pasteboard, this palette served as a vehicle for their highly melodic visions. The melodies are familiar, yet they never grow old, offering a robust replay value that is seldom achieved in popular music. The first notes on album opener “Breakbeats,” immediately suck you in, its swirls of guitar forcing you in place. The vocals hover just above the distorted riff, its melody another magnet of pleasure and calm. Like the other songs on the album, it uses the same tonal scales and keys that have long been the vocabulary of popular music. Schoenberg might have pushed Western music outside the confines of diatonic modes, but bands like Pasteboard suggest he might never have needed to do so.

Since the beginnings of modernism, most artistic masterpieces in the Western canon have been largely defined by their innovation. It is work that pushes beyond the boundaries of established form that often receive the most merit. Masters are championed for their ability to evolve and push their work in territories that had yet to be discovered. The pop/rock canon, which includes work beyond the Western sphere, shares a similar affinity for innovative work. The most enduring works by artists like Bob Dylan, Kate Bush, Prince, and Kanye West are moments that seem to flip their respective genres on their heads. The power of innovation lies in its ability to surprise and defamiliarize its audience with a previously established and understood mode. But it is not enough to simply surprise. The work must be able to communicate and evoke particular ideas and emotions through this surprise, in a way that is engaging. If it fails, it’s a gimmick. If it succeeds, it’s innovation. Engaging such newness requires an openness of feeling and thought.

Innovation’s value hinges on evocation and communicability, as all art does, but there are other ways to achieve this. Mastery of form, and the skill required to achieve this mastery can often evoke just as strongly as any groundbreaking piece of art. A traditional set of principles actually allows us to understand a lineage and process of creation, even if we’re not totally familiar with how it’s created. Of course, learning about that process will only enhance our appreciation, but a basic level of knowledge of aesthetic or narrative form is usually enough. There is always great pleasure in watching someone do something well.

If art is able to communicate its content, it doesn’t matter if it’s innovative, what matters is if it’s effective. Pasteboard’s “Glitter” achieves just that. They’ve mastered shoegaze. Their sonic textures are warm and full, providing a convincingly melancholy comfort. The production is lean but powerful. Its stereo panning allows a width of sound that can surround without suffocating. The meta titled centerpiece, “Shoegazer,” blends Tanoue and Igarashi’s vocals, turning their voices into an androgynous instrument that sings atop a bed of distorted guitar. It contradictorily maintains its distance while whispering its notes right into your ear. It needs only three notes to convince you of its melody’s power.

They’ve mastered pop, too. Their compositional elegance makes for an instant pleasure that also endures. The melodies alone could be studied for how simple, yet substantial they are. Take album highlight “Squall” for example. It glides with a rhythmic buoyancy, its earworm melody always activating the pleasure centers of the brain. Its smooth transition from verse into chorus is an expert example of melodic craftsmanship. The guitar riffs are no less compelling. Either subtly complimenting the main melody, or offering brief moments of space between sections, they help frame and center the vocal melodies.

It’s not too hard to find a catchy song, but it is hard for that song to stay just as catchy after repeat listens. I have a rule — if a song maintains its catchiness for more than 50 listens, it is no longer “just” a catchy song. It’s holy. Eight of the nine songs here pass that test.

While Pasteboard might not have broken new ground, they did plant a beautiful garden on fertile soil. By following the rules of the land, they cultivated a fruit that will never spoil. 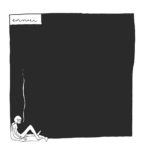