Love it or loathe it, the New York Times Book Review recently celebrated 125 years. Where has this behemoth taken the literary world, and where can it go next? 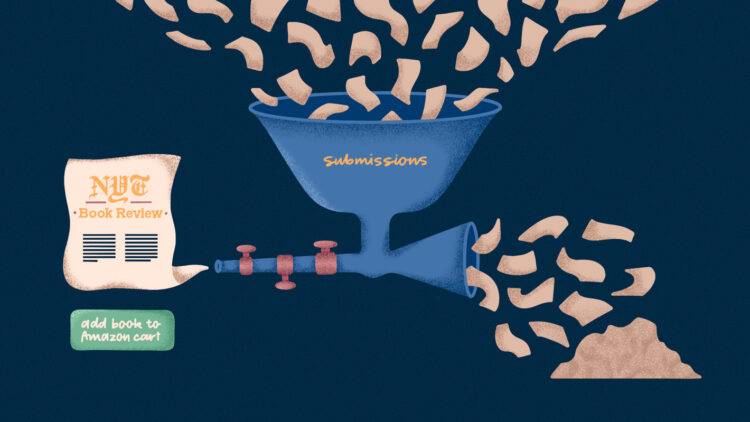 Love it or loathe it, the New York Times Book Review recently celebrated 125 years. Started in 1896, the Book Review now publishes nearly 30 reviews (out of as many as 1,000 submissions) per week.  In other words, according to a 2019 interview with Editor Pamela Paul, only one percent of books make the cut. What qualifies a book for review? Paul notes that new and interesting voices, innovation, and diversity are important.

If that last statement raised an eyebrow or two, you aren’t alone. In fact, as part of its 125th Anniversary, staff critic and former editor at the Book Review Parul Seghal reviewed the NYTimes Book Review with a candid (and sometimes searing) view of where the Book Review got it flat-out wrong. After a review of the archives, Seghal noted incidents that included reviews where women authors were praised by comparing them to a species of fish; where black authors were assessed for their “authenticity” as if only capable of coded autobiography (or “anthropology,” as Maxine Hong Kingston called it); where the internal style guide did not allow the word “gay” until 1986; and where LGBTQ authors’ works were described, not as written, but as if “expelled … excreted, almost involuntarily.” How many other long-standing literary institutions like the Book Review have similar racist, sexist, and all around bigoted histories?

It’s important to know that Seghal’s review is not the first time that critics of the Book Review have attempted to rip off the collective blindfolds of readers, reviewers, and book enthusiasts at large to reveal the entrenched biases of this institution. In 2012, Meg Wolitzer addressed the gender disparity given to male writers over women in her essay “The Second Shelf,” cross-referencing the annual survey conducted by VIDA, a literary arts organization focused on addressing various disparities of inclusion in literature. Even then, the VIDA Count appeared to have been rooted in a binary male/female system, although this facet has changed with more recent surveys (See VIDA’s own FAQ: How do you count writers with multiple or fluid gender identities?).

In quick and notable response to the gender disparity issue raised by Wolitzer, Roxanne Gay addressed striking racial disparities in books reviewed by the NYTimes Book Review in 2011, noting “race often gets lost in the gender conversation as if it’s an issue we’ll get to later.” Gay found, of 742 books reviewed, that 655 were written by Caucasian writers. Although the NYTimes does not have a policy to assign reviews based on race or gender, Jay Caspian Kang has harshly criticized this reductive tendency elsewhere, arguing that it creates “an obstructive framing across the face of work by minority writers.” Appropriate remedies that foster an equitably inclusive literary landscape must consider Kang’s reminder: “[No] people are a monolith.”

A perusal of the weekly Book Review list for the names of publishing houses reveals a compounding problem. How often do the same publishing houses (sometimes multiple times) appear week after week? The New York Times itself has reported on the racial disparities in the publishing industry, so it’s even more gut-wrenching to find that the Book Review focuses more on books published by larger, established presses. When major publishing houses face their own problems over bias and diversity, then why does the Book Review fail to include more small presses? Does it have any willingness to contribute solutions to the racial disparity it so fervently reported? Does the Book Review not want to do the hard work of exploring small independent publishers, finding new works, new voices? Why stick with the usual suspects?

Despite these failings, the NYTimes Book Review continues to have a large audience (distributed as part of the Sunday edition with a circulation of 1.5 million) and is regarded as an emblem of approval. As Seghal’s piece also points out, although it has often misjudged works of literary merit, the Review has also helped illuminate a few authors who have since become household names early in their careers. As Kim Wylie, Vice President of Trade Sales, Ingram Publisher Services and PGW, notes, “it’s important to elevate art, in any medium. The NYTimes Book Review offers one highly visible way of doing that by functioning as a filter for the busy consumer.”

The visibility offered by the Book Review doesn’t easily correlate to identifiable sales that fill the writer’s pocket. While a negative or positive review can dampen or bolster sales, the sources consumers choose to get books from has a greater impact on how much the author benefits from those sales. As Wylie explained, after a review runs in the Times, “the immediate sales demand goes to Amazon for the first 24 hours before spreading to other outlets.” Those sales through Amazon have dubious implications for authors, to say the least. One critic has keenly questioned the “dependent and conflicted” relationship between the New York Times and Amazon as advertiser, created by affiliate links. Does this benefit to Amazon hold any sway? Could there be a disincentive to review books from small presses for more nefarious reasons?

Discoverability is great, but not when the audience isn’t offered an equitable or inclusive canvas of works by a full spectrum of writers. When the New York Times is critically aware, not only of the whiteness of the publishing industry, but also the problems with its own Book Review, what’s next? Modern perspectives give us tools to reassess history: a necessary and hard task. That awareness also imposes an immediate duty to take corrective action. What is this action? What is the Book Review’s future? Or, perhaps, more importantly, what should its future be?

Editors, critics, readers, and writers can continue to hold the Book Review accountable for equitable and inclusive reviews that proactively identify emerging voices, emerging genres and forms, and emerging publishers. We should insist on a Book Review that is willing to face challenges head on, such as learning how to avoid tokenism while paying attention to the demographics of writers and readers. A Book Review that explores different tactics to identify works and authors missing, whether based on identities like race, gender, orientation, and neurodivergence, or based on overlooked genres and publishers. Given its history and self-awareness of the problems both within its walls and across the industry, the Book Review holds a position of power to make a difference beyond the visibility of writers and books, it has the ability to reshape what a truly inclusive literary canon might be.

Want an alternative to the NYTimes Book Review? Here are five. Find us on social media to let us know some of your favorites!

The Chicago Review of Books

John W. Bateman writes and looks for stories from the Deep South. He has a secret addiction to glitter and, contrary to his southern roots, does NOT like sweet tea. He recently left his unicorn lumberjack shack and moved to Chicago to pursue an MFA in writing at SAIC.