Eden Is A Sound: Talk Talk’s “Laughing Stock,” 30 Years On

Even after three decades, the genre-defying album remains an unmatched musical oasis. 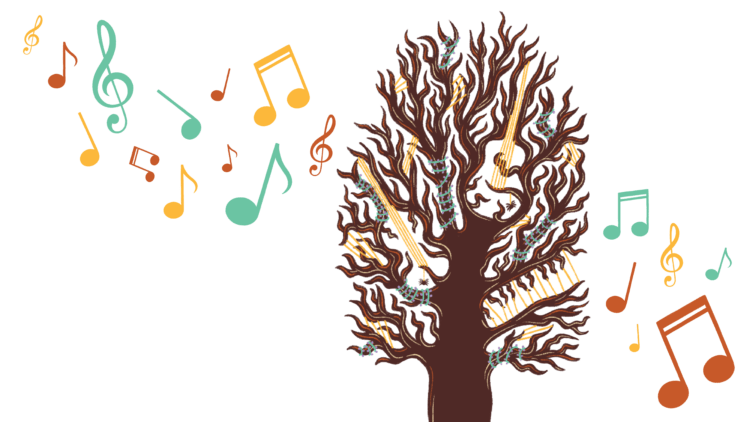 Talk Talk’s final album requires absolute silence. This is not music that can be listened to while traveling, but music that requires travel. A pilgrimage of quiet and calm must be taken. An environment of peace must be built. This music communicates more than any other to the ineffable plane of silence. Let nothing interrupt your listening — any creak from a door or cough from a neighbor would be intrusive.

The ambience is supplied for you. The first 17 seconds of this record is feedback hiss, undulating like the distant chirping of night that permeates your window. Then a guitar strum. A bass note. Violas begin to take shape as drums slowly form. A piano gives clearer phrasing. Between each space of sound, orient yourself to the silence. It is the canvas from which each stroke of sound comes to life.

After 30 years, Talk Talk’s seminal 1991 album “Laughing Stock” has lost none of its power. It remains one of the most singular, evocative pieces of music ever recorded. Every inch of this record is brimming with inspiration. Every note is full of purpose.

Talk Talk began as an English synthpop band, whose popularity exploded with the release of their 1984 single “It’s My Life.” Their pop moment culminated with their third album, “Colour of Spring,” which broke the top ten on UK charts in 1986 and also charted a new path forward for the band. Synths were conspicuously absent as more orchestral arrangements took hold. The timbres of the instruments became just as important as the compositions themselves.

Their next album, “Spirit of Eden,” completely broke down the pop structures of their previous albums and instead brought about a language that seemed beholden only to itself. It didn’t break the top 100 in the UK, but it did break through a wall in music so high, it was hard to believe it could ever fall. Only the chorus or head remained, the body between flowed fluidly according to the whim and direction of each instruments’ voice.

After the commercial failure and demanding recording sessions of “Spirit of Eden,” bassist Paul Webb decided to leave the band, reducing Talk Talk to three main players — lead vocalist and principal songwriter Mark Hollis, drummer Lee Harris and longtime producer Tim Friese-Green. Together, they lead the group of 18 musicians present on “Laughing Stock,” though a total of 50 musicians were used during recording sessions.

Like many avant-garde works of art, initial reception to “Laughing Stock” was polarized. Some declared it a pretentious wreck or downright horrible, while others praised it as one of the most important releases of its day. Today, it’s widely hailed as a masterpiece, but people still have difficulty describing it in terms of musical genre.

This is not rock music. Or jazz. Or classical. It’s a phantom union of all three that’s been crucified and has risen from the dead to tell you its story. Post-rock, the term most often used to describe it, doesn’t quite reach it, especially not with today’s connotations. Firstly, it focuses too much on the word “rock,” which too singularly describes its origins. Secondly, the nexus of other post-rock termed bands do share a wealth of musical qualities, but none use the distinctive language of “Laughing Stock.” This album only fits the description because of its breakdown of traditional pop/rock structuring, but such broadly-termed nomenclature can become rather meaningless. Instead, I’d propose the term, “edenic.” It takes melodic, harmonic, and textural cues from rock, classical, and jazz, and implements the most spiritual moments of each into its own melancholy song. In some ways, this record feels like the Genesis of sound. How could the advent of sound be so virtuosic? Much in the same way that God created heaven, earth and light — from a formless void and a deep darkness.

“Laughing Stock” was recorded in total darkness, save for a strobe, with musicians performing for hours until Hollis was satisfied. Though birthed in darkness, these performances radiate with light. About halfway through the centerpiece, “New Grass,” piano chords descend into what may be the most luminous moment on the album. Violas glide upward at terrifically odd angles, asking as much as they’re saying. Their bright, resonant textures are nothing short of a miracle. The strings are paired with piano chords which provide gentle anchors of emotion. It’s a complete marvel of sound and movement, creating a palpably visible aural glow.

From hundreds of hours of improvisation, the most emotional, true, and communicative moments are stitched together into a seamless composition. Some say you can hear the improvisational quality, but to me, the only remnant of its improvised nature is the complete sense of freedom you hear from each musician. The utter precision with which each sound is placed makes it almost impossible to believe. Every strum of every guitar, every breath of every horn, every detour of every string is placed for maximum impact. This is not only stellar composition, but the true essence and perfection of the recording arts.

Improvisation is best experienced live, every possibility unfolding there with you in the present. But in a recording, every possibility is contained, destined to be repeated even if its genesis was improvisational. The weakness of improvisation falls on its inability to edit itself. Every blemish, indulgence, or moment of hesitation is kept. But on “Laughing Stock,” Talk Talk employs a decidedly new approach. Here, Hollis takes the most fruitful moments of each musician’s improvisation and uses these pieces as the building blocks to construct a powerful new form of composition. Cut into smaller sections using digital technology, each emphatic musical phrase can be reassembled however Hollis sees fit. Any piece lacking in communication is tossed away. It is improvisation broken down into composition.

The first track, “Myrrhman,” reveals itself slowly, providing ghosts of sound before establishing a solid form. We are listening to a universe being born. Then enters Mark Hollis’s voice, a powerful but lithe body of gravity around which the instruments temporarily orbit. Around the two minute mark, a warbling of white noise shoots through the right channel of the stereo and the violas begin their first of two processions. Each instrument perfectly complements the slow moving violas. Drums just barely offer their service in a poetic stumble. A short rustling of sound in the left channel gives texture.

There is no standard or conventional structure, but it couldn’t be further from arbitrary. Each instrument speaks until it no longer has something to say. Chords return to punctuate or mark a new development. Even where there is repetition, there is new contextualization — like in “Myrrhman,” at the 3:10 mark, where the very first guitar chord is repeated as all but the feedback hiss fall back. But instead of a nascent pondering, the instruments understand their place and form as they speak with Hollis’s final verse. Then, a stunningly beautiful procession of violas concludes the track. A simple melody articulated with heartbreaking poignancy is tethered by the viola’s harmony and whispers of piano.

On “Ascension Day,” one of the repeated sections consists of a wall of guitar chords. During the climactic ending, these guitars coalesce into a massive wave threatening to overtake everything in their path. Additional guitars deliver even more texture, vibrance and perspective. The storm of guitars is perfectly cut by a piano chord, a sudden but satisfying shift into the next track, “After the Flood.” Even the transitions between tracks display expert composition.

Not only is it perfectly arranged, but perfectly spoken. Friese-Green’s production gives each sound just the right amount of power and space. He molds a delicate balance that is precisely articulated, in no small part thanks to the performances of each musician.

The sheer sound on “After the Flood” is an epiphany. Each screech or yelp of every instrument sounds so natural, earthly, and powerfully alive. Horns, strings and reeds pump blood and tear flesh, wringing out raw textures that turn for emotions. These competing textures blend to create vibrant new colors until the conversation fades out.

On spacious closer, “Runeii,” every sustained note highlights Friese-Green’s masterful touch. Between the edges of silence, sounds hang like drops of dew clinging to the air. Nothing is wasted, all has its place. Guitar notes ring into the expanse. The piano chords bounce off the guitar’s. An organ sails through it. All sounds come to rest — it is an Eden of movement.

All the while, Hollis’s voice is impossibly intimate, as if he’s right there next to you, each quiver and reach becoming a revelation. There’s a spaciousness between each phrase and word that mirrors the record’s musical precision.

Hollis’s lyrics on this album exist as elegant intimations of Christianity and faith, continuing a propensity toward religion that began on “Spirit of Eden.” The titles allude to past songs he’s written. But as evocative as the images may be, it is the way Hollis enunciates and utters every vowel and consonant that gives these words their real power. Every syllable is sustained and released with such purpose and emotion, they invoke a desperate humility. Hollis’s voice is searching beyond itself.

Like Hollis’s voice, “Laughing Stock” points outward, redirecting your experience to the basic sensuous wonder of being a body in space, capable of touch and feeling. Every musical utterance springs to life with an organic buoyancy. It is fleshy, it is breathing, it is humid. It overwhelms as much as it sustains. It reaffirms my will to live.

Games of Life and Death: Squid Game vs. Alice...

One Response to Eden Is A Sound: Talk Talk’s “Laughing Stock,” 30 Years On