The Supermodel: Muse, Divine Other, Alienated

Why do I still dream of being a supermodel? 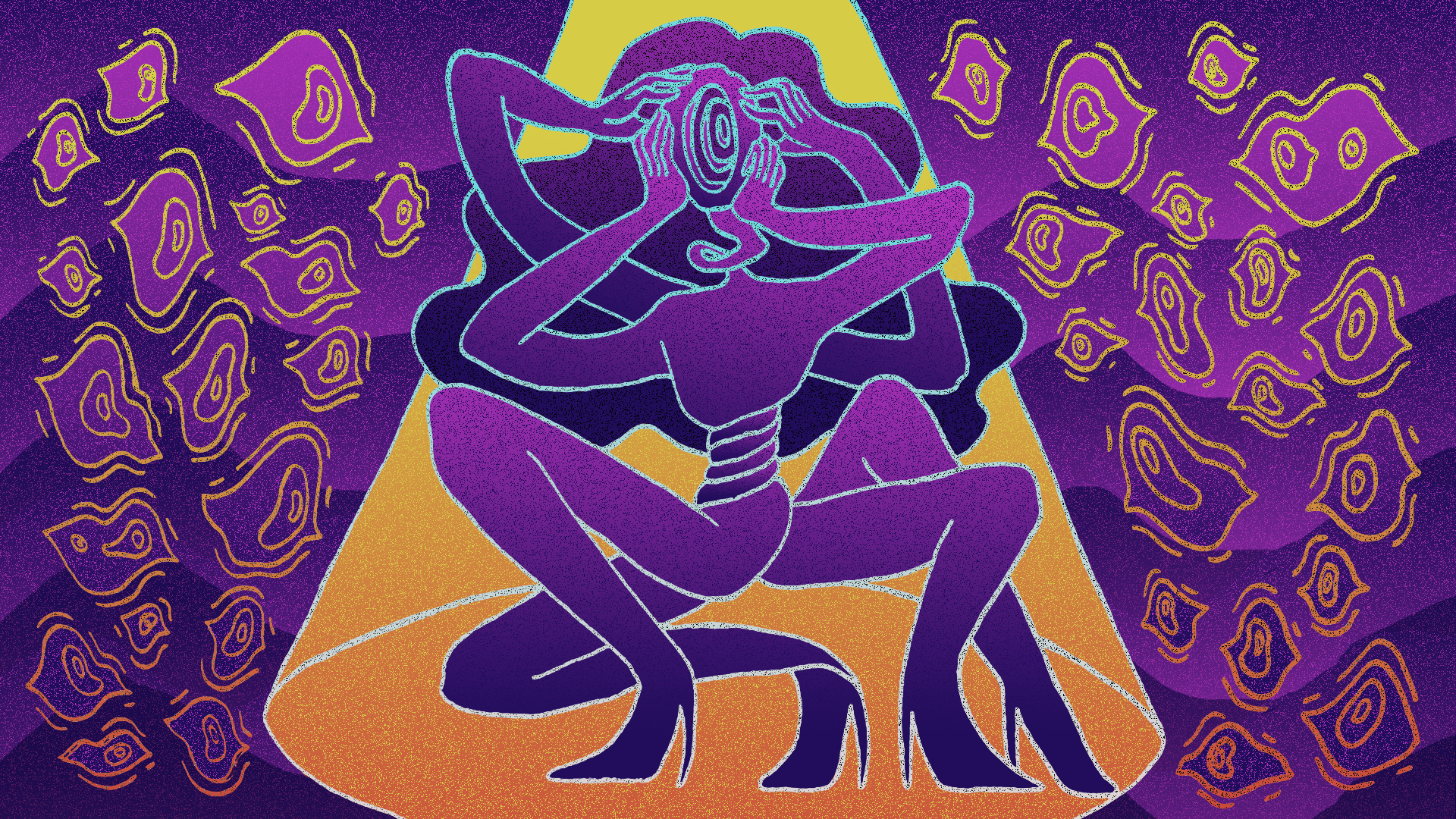 When I walk down Michigan Avenue, I pretend that I am the legendary Naomi Campbell, slyly strutting down the SS 1998 Menswear runway with a gun gifted to me by renowned designer, Gianni Versace. I turn towards a glittery shop window — Bang! I find myself face-to-face with a fractured reflection. The fact that I am attractive by conventional standards is overshadowed by my slim, but-not-slim-enough frame which stands at a mere 5’5″ (on a good day). It is a somber reminder that I will never be a supermodel.

The supermodel is hated by all: by the socialist for promoting meaningless capital, by the feminist for upholding unrealistic body standards, and by the conservative for her raunchy sexuality. The idealist assumes that only the very stupid and materialistic engage with her mirage, ignoring the seeds of standardized femininity she sows in consumer media’s patriarchal panopticon. Her overbearing image seeps into the collective unconscious of contemporary womanhood; thus any person who yearns to align themselves with “woman” becomes subject to her influence.

Yet criticism of the supermodel, while just in nature, is too often lacking in its surface-level and one-sided analysis of her mystique. It is my aim here to condense the social implications of the supermodel into three separate but complementary parts, answering a question I often spend considering: Why do I still dream of being a supermodel?

The Supermodel as Muse

I refer to the supermodel as “she” despite the broader boundaries of the common model, because it is a role that is, uncoincidentally, subject to hyper-femininity. The phenomenon of supermodeling developed alongside an ever-changing industrialized America. The elite supermodel, a prized line of work once synonymous with prostitution, was thrust into the limelight during the post-WWII boom. Marked by the founding of Ford Models in 1946, the supermodel began marketing her glamorous lifestyle to a thriving public. The ideal supermodel creates trends, tears them down, and then reinvents new ones, haunted by the ephemerality of late-capitalism.

Artists have found muses in the natural world since prehistoric times, and the fashion model is still conceived as an art model, though their form as a human mannequin pushes their individuality inward: the clothes dominate the person. In other words, the name of the common model is not as well-known as the designer and the supermodel.

The supermodel, too, is alienated from the artist-muse relationship when she is thrust into pop-culture stardom. Claudia Schiffer, considered one of the most iconic supermodels of the ’90s, posits the distinction with the following: “In order to become a supermodel one must be on all the covers all over the world at the same time so that people can recognize the girls.” As a result, the supermodel is not only the muse of an individual designer, but also that of the public consciousness.

The Supermodel as Divine Other

The 1930s gave birth to whom many consider the first supermodel, Lisa Fonssagrives. Infamously favored by male photographers Man Ray, Richard Avedon, and her husband Irving Penn, Fonssagrives reflects the paradoxical objectification of womanhood in a patriarchal society which worships femininity as divine but Other.

The supermodel begins her career by being discovered as a rare beauty, becoming separated from the ordinary crowd, and is given special treatment. Each time another designer or artist asks her to be their muse, her status increases. Iconic ’90s supermodel Kate Moss, was discovered at the mere age of 14 at John F. Kennedy Airport in New York. Considered the “anti-model” with her waifish looks, Moss quickly climbed the supermodel food chain as fashion houses changed industry standards to accommodate this new look. At one point, Moss was dropped from various contracts after being photographed using cocaine, but this controversy was short-lived. Now age 47, Moss continues to find success in the fashion world as a model, businesswoman, and designer.

The irrationality of placing privilege on socially-construed beauty standards constitutes this as a type of charismatic authority. Sociologist Max Weber defines this term, charisma, as “a certain quality of an individual personality by virtue of which he is considered extraordinary and treated as endowed with supernatural, superhuman, or at least specifically exceptional powers and qualities … not accessible to the ordinary person … regarded as of divine origin.”

The supermodel’s charismatic authority could perhaps be called aesthetic authority. Her physical prerequisites allow the supermodel to enter the modeling industry, giving her a chance to reach prominence as an icon. Physical expectations are treated as prerequisites for every high-fashion model, but the one-of-a-kind supermodel has an unexplainable allure. “They had something inside that came through … they had character, they had personality,” says Calvin Klein in the HBO documentary About Face: Supermodels, Then and Now (2012).

In othering herself in this way, the supermodel becomes instrumental in manufacturing the dreamlike and glamorous world of advertisement. In doing this, she not only alienates herself from the public but alienates the public from herself. The two only converse with each other through mediated platforms: social media, magazines, billboards, etc. and the conversation often appears to be one-sided.

The supermodel’s high-visibility is reflective of collective material desire. The perceived desires of the consumer hold even more power than the supermodel, who cannot reach iconic status unless those wielding capital feel that the public is ready to consume her. In contemporary times, this explains the sensational “Instagram model.” Exemplified by the likes of Kendall Jenner and Bella Hadid, the supermodel’s social media following directly correlates to her fame and monetary status; therefore, the capitalist has a concrete estimate of which models will sell an abundance of magazines.

The physical requirements upheld by the supermodel are widely criticized. She both perpetuates and mirrors the harmful, eurocentric, and ageist definitions of womanhood entwined in consumer society. In criticizing her, however, it is too frequently forgotten that the supermodel is under the jurisdiction of the advertiser. Her image becomes an object, reproduced by capital. Subsequently, the supermodel achieves another form of alienation: alienation from the designer, thus alienation from the process itself.

We are all alienated under capitalism. The mundanity of the 9 to 5 deteriorates our minds and bodies; overworked and under-appreciated, we are rendered no different than a stalling machine. I search ceaselessly for an escape. The supermodel is just out of reach, her divinity so close I can caress and mold it. I identify with her humanity, yearning to be worshipped and beloved, so I give her the last shards of my hard-earned individuality. If I steal the clothes she wears and paint my face to mimic hers, I can pretend I am her, if only just for a moment.

There is a Dior campaign in the shop window. A giant poster of Bella Hadid stares down at me, but she seems far away as if belonging to an alternate reality. Advertisement is the world of dreams and glamor, and the supermodel is its manipulator. I can’t help but be captivated by her spirit, but I know that she is nothing but a mystical fantasy. With one last glance, I walk away.

The Makings of a Fearless Artist: A Taylor Swift...