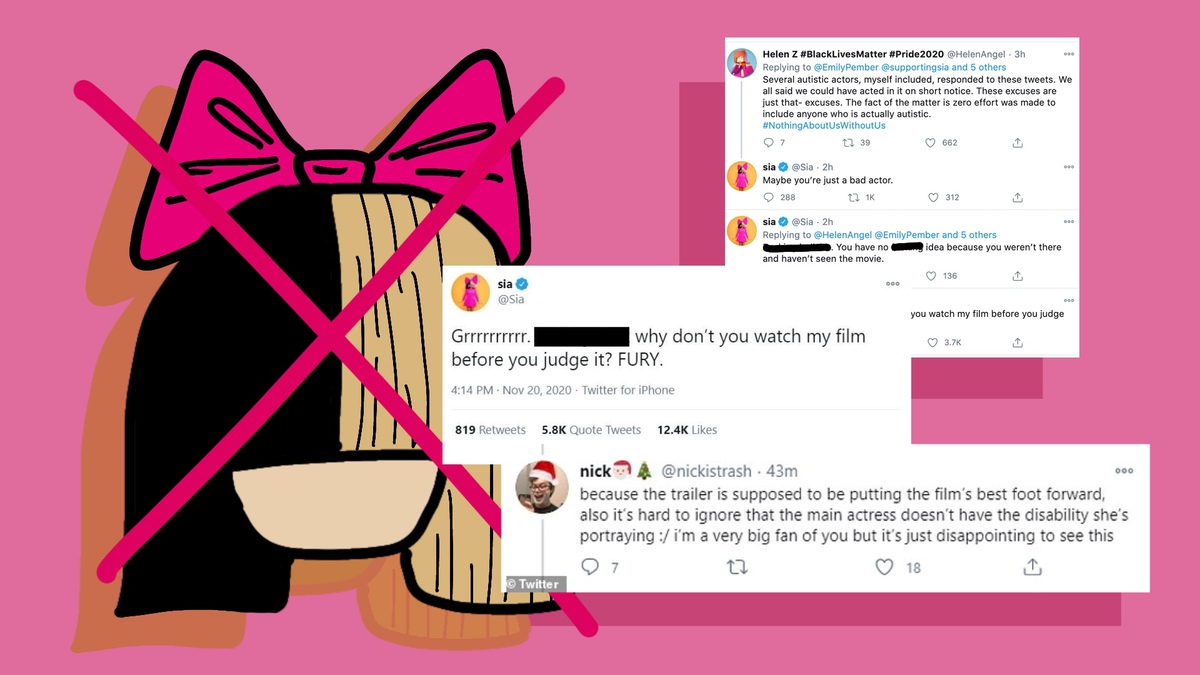 For far too long, disabled people have been disregarded in the entirety of the film industry. In fact, the Ruderman Family Foundation, a nonprofit aiming to advocate for and advance the inclusion of people with disabilities throughout our society, found less than 2% of TV characters have disabilities, and of that 2%, 95% are played by non-disabled actors.

Obviously, this is an uphill battle, and when films like “Music” by Sia are released, it hurts. If the controversy over “Music” doesn’t ring a bell, here’s the rundown: A self-saboteur sister (Kate Hudson) finds herself taking care of her autistic half-sister (Maddie Ziegler). The main problem? Actress Maddie Ziegler does not have autism and is playing the extreme stereotype version of an autistic person.

With the release of “Music,” I fear Ziegler’s depiction of autism will cause the disability to be taken less seriously and more as a joke or something to mock. At best, it discourages the autistic and disabled community from being themselves. Is it acceptable for young disabled people to be let down and live false hope they can be in the film industry or accepted in this world? Is that the world we want to live in? Well, I don’t. I can’t speak for someone who is autistic, but as someone with a mental health disability (attention deficit/hyperactivity disorder or ADHD, post-traumatic stress disorder or PTSD, and others), I know the harm inaccurate representation does.

The first time I saw my disability portrayed in the media was the show “Victorious.” In one episode, the main character named Tori sings an original song titled “Freak the Freak Out.” She sings the lyrics, “I’m so sick of it, you’re attention deficit, never listen, never listen.” As a then-eleven-year-old recently diagnosed with ADHD, the song led me to believe that I was a freak. That manifested into refusing to acknowledge I had a disability and refusing to get the accommodations I needed to succeed academically and emotionally. More recently, I watched a “Sex and the City” episode where Carrie dates someone with my disability. She terms it “Another Dating Disaster,” approaching it with the mentality of “What kind of relationship could I have with a guy I couldn’t even talk to?” I cried after that episode, asking myself why would anyone fall in love with someone like me — a person that society believes can’t pay attention, making me incapable of sustaining a romantic relationship?

Film is a learning tool in our society — a way to learn what is socially acceptable and what is not. If a disability is negatively depicted, audiences will interpret it and use that as a basis for real-world situations. In fact, I had an employer tell me my fellow employee was going to be let go because “They simply can’t pay attention due to their ADHD diagnosis.” That comment broke my heart and ever since, has deterred me from disclosing my disability in the workplace. As a result, I don’t get the accommodations I need.

If I found a lamp with a magic genie, my first wish would be to see my disability correctly depicted in cinema. I hate the stigma. I’m terrified of disclosing I have a mental health disability because I may not get that job I applied for, possibly not find a romantic partner, or may have friends leave me because of their preconceived ideas of disability in the media. I can’t even imagine what it is like for those who have autism who are seeing “Music” about themselves, a film with yet another actor pretending they have sensory issues, receptive behaviors, or challenges with social skills. My heart goes out to them.

When there was no representation in Hollywood about disability, I had more leniency with a studio hiring a non-disabled actor to play a disabled character, but it is now 2020 — 30 years after the passage of the Americans with Disabilities Act (ADA). The ADA requires equity in education, workforce, and daily life. However, law doesn’t shift perception. Art does. That is why it is vital to hire people with disabilities to play their respective disabled characters. If not for the thousands of disabled actors waiting for the chance to get into the industry, then for the millions whose treatment in society is dependent on film representation.

When you don’t have a disabled person playing a disabled part, you are no longer helping the community — you are hurting it. Sia, I realize you have a disability, (Ehlers-Danlos Syndrome) so, you have a greater understanding. However, in order to bolster the disabled community, disabled actors need to be the ones who play the parts of their respective disability. Otherwise, it is inauthentic and perpetuates a hurtful stigmas. And for readers who are disabled or allies, I encourage you to focus on films that have disabled actors playing their respective disability. If we as a society focus on better representations like Chris Burke in “Life Goes On,” Natasha Ofili in “The Politician,” or Kayla Cromer in “Everything’s Gonna Be Okay,” we will reduce stigma and create equity for a community left behind for far too long.

Jake Linn is a disabled (mental health disability) SAIC student. He is working on a film regarding the ways Hollywood depicts the disabled community. Jake is also an intern at American Association of People with Disabilities (AAPD). Courtney Felle, a disabled New York University student and AAPD intern, also contributed to this piece.