In Translation: On Kaal 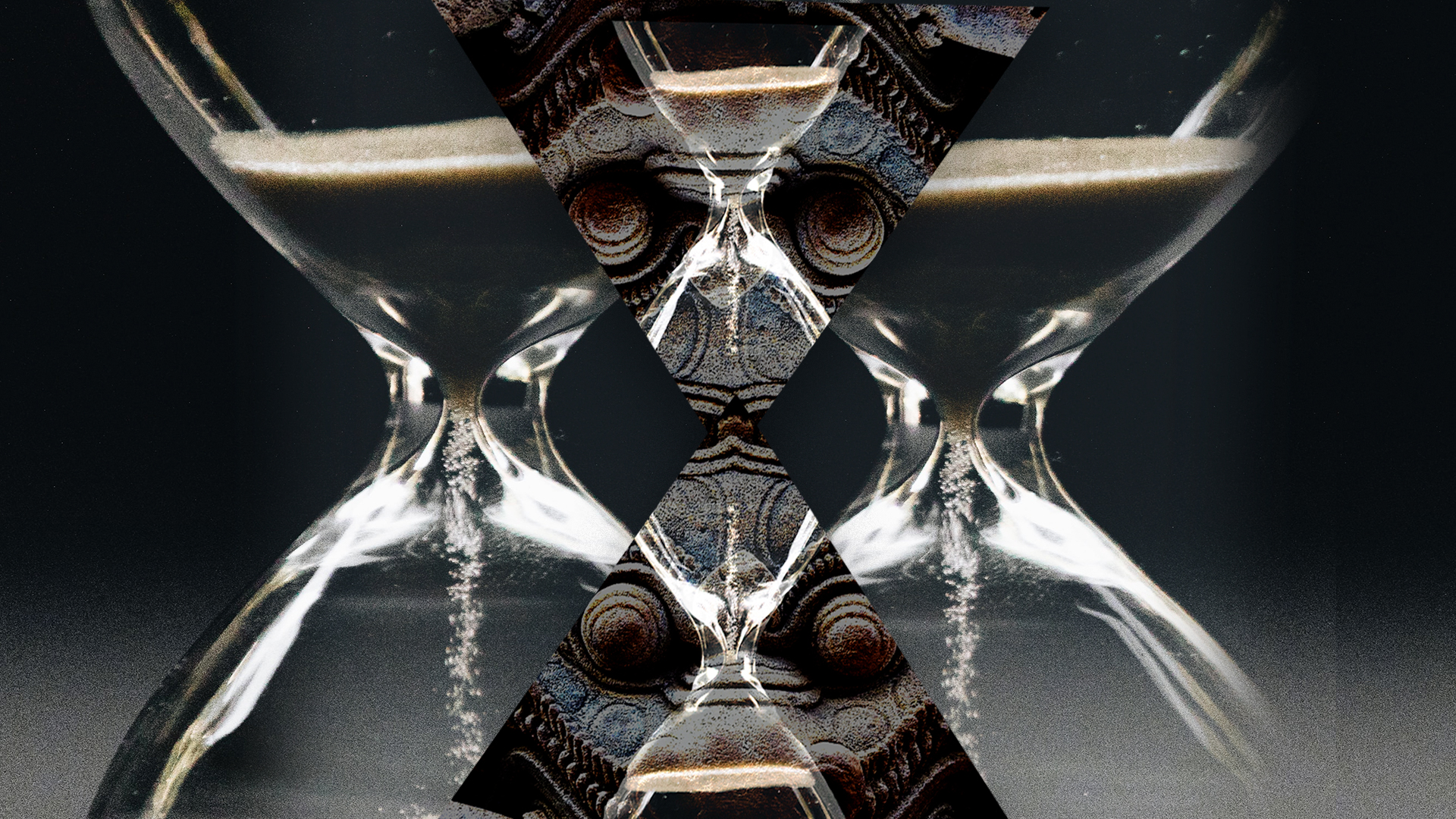 As I end one of my last semesters of graduate school, contend with the impact of COVID-19, and age deeper into my twenties, I’ve been asking myself consistently: Who am I? Who will I be? Who was I? While these questions may seem generic, they are fundamental. Every time I ask them, the answers are different. Indian or American? Heterosexual or bisexual? Poet or essayist? I hold a lot of liminal identities, ones that are in flux and will always be in flux. In “Nacerima culture,” Horace Miner writes, we ritually strive to create stagnant identities. Identities fixed in time, labeled, clear with the hope that they will be everlasting. But, must I choose only one? Coming from a household that speaks multiple languages, I have come to realize that English demands labelization in a way that other languages don’t.

For example, in Hindi, my mother tongue, the word for yesterday and tomorrow is the same: kaal. One can only understand which one the speaker is referring to within the context of the conversation. It is merely, “one day away from today” without stating exactly in which direction. In Hindi, time is cyclical. The use of the same word for tomorrow and yesterday makes it unclear which comes first, showing that there is no first or last. While your past is affecting your present and future, your future is also affecting your perception of the present and past.

The origin of kaal stems from the last story at the end of the Ramayana, a Hindu epic. The Ramayana follows the journey of Lord Ram, an incarnation of God, and his wife Sita.

At the very end of Ramayana, after Sita descended and returned to her mother Earth, Lord Ram was disheartened.

The people of Ayodhya watched their Lord Ram caress the grass for a long time, stoic, serene as ever, not a tear in his eyes. His people wanted to fall at his feet, hug and comfort him. Those who have chosen to be born must also die, and Lord Ram was fully aware of that.

One day, while walking through the forest back to the Kingdom of Ayodhya, Hanuman (the monkey god) spots Yama (god of death) lurking near the gates of the kingdom. Hanuman, a true friend and a self claimed servant to Lord Ram, wanted to protect Lord Ram from any harm so he gave Yama a warning to never come close to the king and his kingdom.

The next day, Lord Ram lost his ring. It slipped from his finger and fell into a crack in the palace floor.

“Will you fetch it for me, Hanuman?” requested Lord Ram.

Ever willing to please his Lord, Hanuman reduced himself to the size of a bee and slipped into the crack in the floor.

To his surprise it was a tunnel that led him to Naga Lok, the kingdom of snakes. There, he met the king of Naga Lok, Vasuki.

“I am seeking Lord Ram’s ring, have you seen it?” questioned Hanuman.

“Oh that! You will find it there!” said Vasuki, pointing to a vast mountain in the centre of Naga Lok.

Hanuman rushed to the mountain and found to his surprise that it was no mountain, but a gigantic pile of rings. Each ring an exact copy of his Lord Ram’s ring.

“What is this?” he asked Vasuki, baffled by what he was looking at.

“Why does the story repeat itself again and again?” Hanuman pondered.

“So that every generation realizes the point of human existence.” Vasuki replied.

“Which is?” Hanuman asked, curious as ever.

“Fear is a constant and faith is a choice. Fear comes from karma and from faith arises dharma. Fear creates Ravanas (demons) who will always be in society and faith creates Lord Ram and his wife Sita. They come into being only if we have faith in the world even when it seems as if the world abandons us.”

After listening, Hanuman bows to the king, leaves Lord Ram’s ring behind and without a word exits the tunnel to find the land of Ayodhya desolate without its lord, again (which is how the Ramayana starts).

And so we return to the end… of this Ramayana.

There are many Lord Rams and many Ramayanas indicating that life is not linear. Life is cyclical: For what is the past is also the future.

In the same nas, or vein, who I am tomorrow or who I was yesterday, may be the same, but we will never know today. But the me I am today, is one that is always questioning, always growing towards, working towards. Today I have this time in my hands, and I can use it to build a world for both the future and past, because one day, the future will also be the past.

Let’s envision a kaal by examining kaal. Thus a world that centers justice and joy is a world that centers the importance of language. The language that surrounds our everyday lives. The language that celebrates our liminal identities and refuses to abide by the western construction of linear time. Language is power, but the power is in the non-labeling of ourselves and the world we see around us. The non-labeling of time.

So now what? I’m questioning my sexuality, the next time I get to see my friends in person and hug them, how I’m going to take care of my parents, my past actions, what my future will hold… We can only build a world by questioning ourselves and the systems that we have made to make sense of it all. Our words have a body and the body is us, moving through the time and space we carve out for ourselves.

In Translation: I Talk British