This year’s election, as seen by a young poll worker. 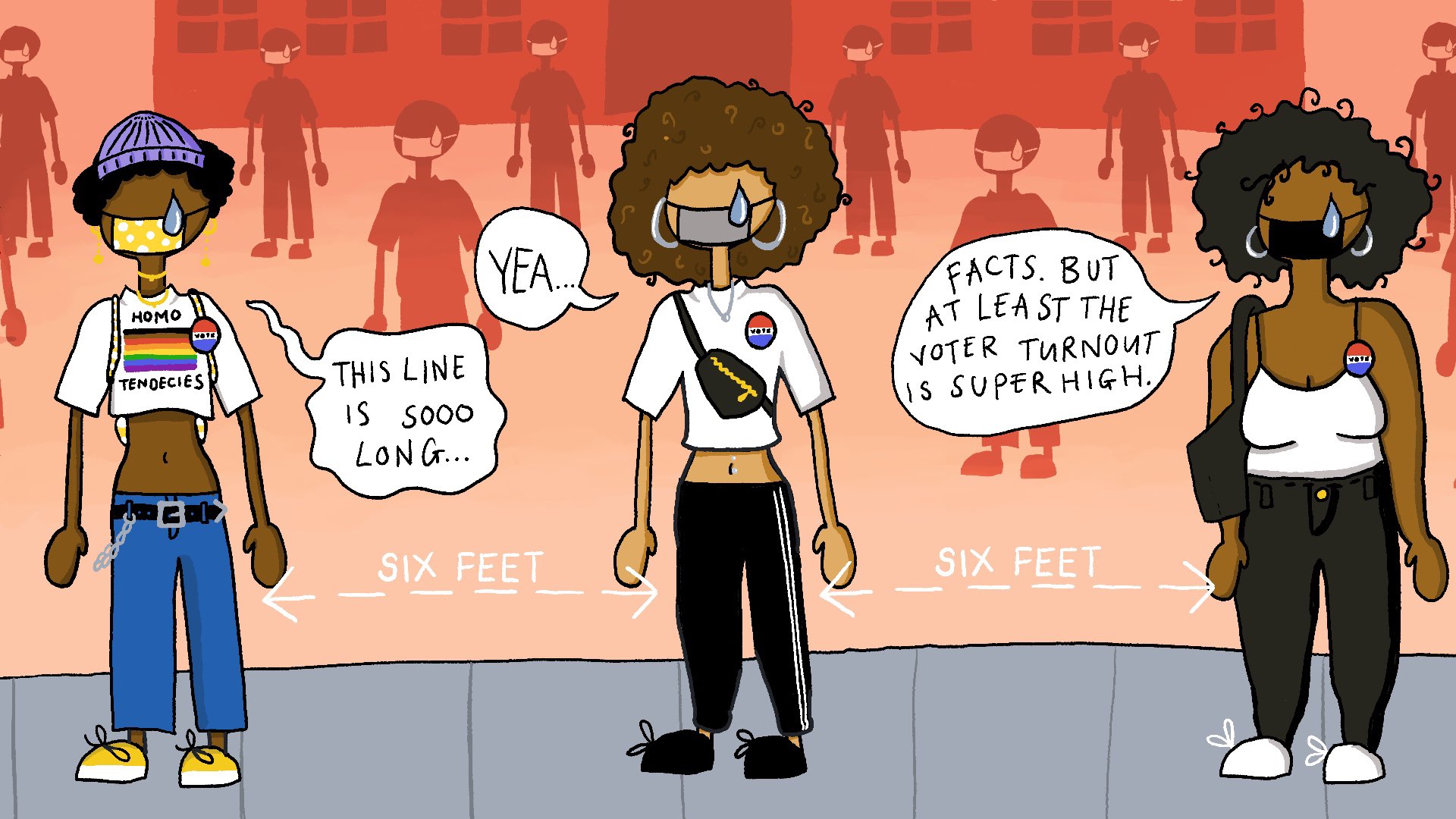 Despite the resurgence of the pandemic, the 2020 election prevailed. It saw the highest number of early-voting and mail-in ballots ever recorded, with approximately 100 million ballots cast and counted the day before the election. Compared to the number of registered Illinois voters, over 42 percent of Illinoisans cast their ballots before election day. Polls across the city opened for those who hadn’t yet voted. Election judges are a crucial part of the electoral process and a source of stress for anyone inside the electoral system when figuring out how to adapt to the restrictions of the pandemic.

The job is usually worked by the older members of a precinct however, due to the rapidly increasing spread of COVID-19, many judges who had served for years had to skip this election for fear of contracting the virus. In response, young people stepped up to fill their place in this election.

This year judges tended to skew younger, a group of 13,500 volunteers in Illinois with the biggest group of them being people between the ages of 18 and 24. Jim Allen, Chicago Board of Elections spokesman told reporters in an article for Block Club Chicago, “Officials had encouraged young people to sign up as election judges since COVID-19 is more likely to have a severe impact on older people, who have previously been more likely to volunteer as election judges.”

Tenant organizer Ben Avis told F over the phone, “The people who work the polls are just normal people. They want to help out or make some money. It’s bureaucratic, just normal people trying to figure out a bunch of complicated shit.”

“I served in precinct 9 and there were 8 other judges, all under the age of 25, all first-timers, and an election coordinator,” Avis said.

Election judges this year were provided with a physical handbook and were required to complete virtual training materials one week before election day. The online training itself took about four hours, and judges were expected to study the handbooks prior to election day.

Artist and four-time election judge Cody Bralts felt it was especially important to serve as a judge this year because of the pandemic. “So many older judges who usually serve every election could not participate due to higher risk, so I felt it very important that I, as a younger person, fill in that role. Plus, it’s a great way to see democracy at work and get to know all of your neighbors,” he said.

“Early voting and mail-in ballots lessened the burden on us [election judges] on election day. While there was still high turnout in person, it would have been a lot more chaotic and riskier had there not been a robust early voting or absentee ballot system in place,” said Bralts.

Artist Addison Leon served as an election judge in Illinois, a state they had never voted in themselves. “I was really excited about my first in-person voting experience in Illinois. Same-day voter registration was not an option in my home state and it was really great to see that people in Illinois were able to easily vote. It just confirmed my belief that these hyper specific standards for voter registration requirements are just other forms of voter suppression,” Leon said.

Leon added, “There were people judging in my precinct that weren’t even old enough to vote themselves.”