A deep dive into her new book of essays, “Azadi.” 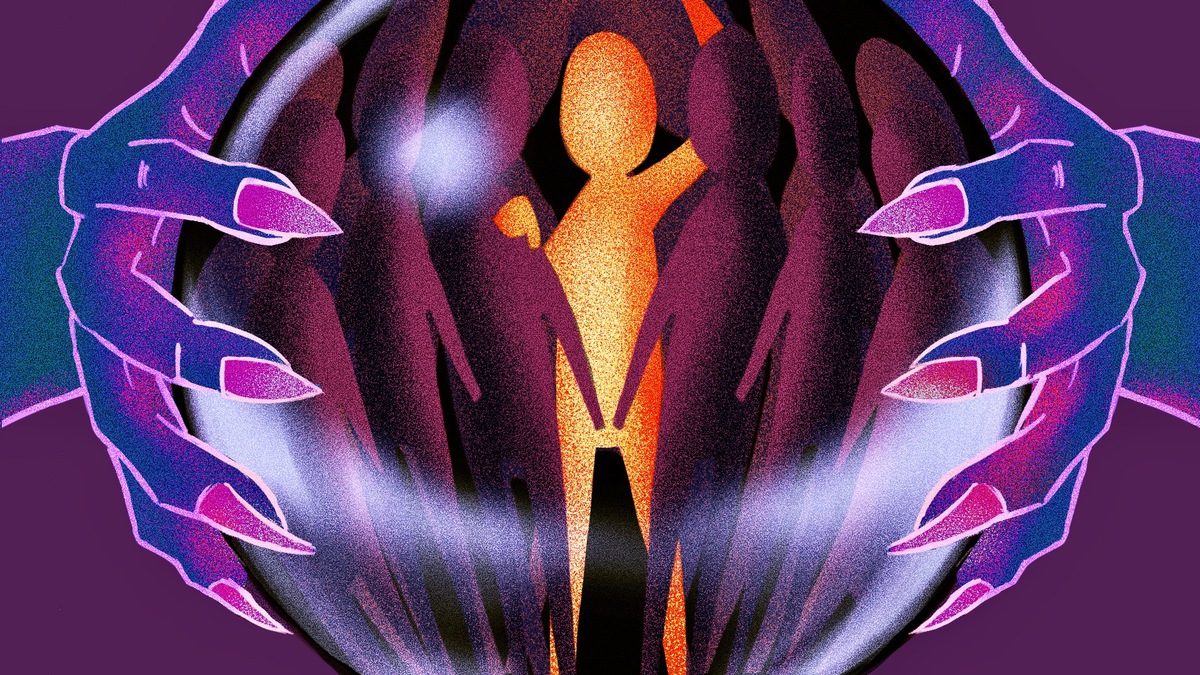 every night before she goes to sleep –

If I die, I’ll tell your grandpa, I fought with my tongue

I fought with my tongue in Kashmir,

we fight … With Every. Single. Breath. in Kashmir.

with tongue and pens and arms

“Azaadi.” The first time I heard this word, I must have been a toddler. The first time I understood this word, I was a teenager grieving the loss of someone I called home. Since then I’ve lived, breathed, and felt this word everyday. For the rest of India, it’s a catchy slogan, a Bollywood hit song, a Primetime episode. For Kashmiris, it’s the fight for survival. Fight for identity. From the day we are born till the day we are killed or die.

Azaadi, the Urdu word for “freedom,” was first coined in Kashmir when a group of people came out in the streets of Srinagar demanding freedom from the Indian Oppression in the early 1990s. They hardly knew that 19 years later, this word would become an anthem for freedom echoing in the capital city of the same country that imposed a never-before-seen, undemocratic communication blockade in Kashmir on Aug. 5, 2019.

They also never thought that someday an Indian writer with short grey hair, rusty smile, and fire in her heart would use it as a title of one of her books.

Arundhati Roy’s new book “Azadi: Freedom. Fascism. Fiction” is about the echo of silence that has engulfed India. It lies between the overlapping world of fiction and reality. Between hope and fear. Between now and then.

“Azadi” is an anthology of Arundhati Roy’s essays written between 2018 to 2020. It is a documentation of history as we are witnessing it currently. As you flip through the first few introductory pages, Roy draws the parallel between Azadi and how one “Free Virus” brought the entire world to its knees. She uses minimal language to explain how it took a microorganism to pull apart the false fabric of nationalism that the Indian Prime Minister Narendra Modi and his ruling party —Bharatiya Janata Party (BJP) — has sewed into India for the last six years. From the death of thousands of migrants, the slow degradation of democracy, Delhi riots that occurred in February, people trying to silence her voice, and to a massive economic collapse, India has borne it all. And so has the world.

Arundhati sits in the midst of all this chaos and pens it down for us now and the generations to come.

The book encompasses all that has been taking place in India since Modi took over — the frantic nationalism and the mob lynchings of Muslims and Dalits (a word meaning “scattered” or “broken” in Sanskrit and Hindi) for innumerable reasons, but mainly in reaction to identities the government does not deem “good.”

“Azadi” is a book that emphasizes the absence of freedom. The essays in it give the world a crystal clear picture of how an authoritarian government can weaponize hatred and fear to strengthen their power.

The main recurring antagonist in Arundhati Roy’s “Azadi” is Modi, and most of the essays in the book talk about the defining components of his ongoing rule: his toxic masculinity, divisive Hindu nationalism, forceful paternalism, colonialist neoliberalism, and an unhealthy alliance with the fascist international leaders known for their authoritarian ways. The book also effortlessly mentions the campaign-designed event that Donald Trump hosted for Modi before an audience of over 60,000 Indian-Americans in a Houston stadium.

She takes a dig at the event’s nickname, ‘Howdy Modi!’ (that day, “’Howdy’ became a Hindi word”) and doesn’t mention it as a celebratory mashing of cultures, as many saw it, but instead as a coming together of two authoritarian fascists. Roy shames the media channel covering the proceedings and writes that “news organizations ignored the thousands of people protesting outside the stadium.”

And she doesn’t stop here. She compares the Howdy Modi event to “Marshall Curry’s short documentary about the 1939 Nazi Rally that filled Madison Square Garden.” She draws the parallel in a way that leaves your soul cringing and once you have read it, you can never think about the event or look at Modi and Trump without Hitler hovering over your thoughts.

In her essay, “Intimations of an Ending,” Roy mentions Rashtriya Swayamsevak Sangh’s (RSS, the BJP’s Parent Party) ideology of “One Nation, One Language, One Religion, One Constitution” and compares the rising Hindutva in India to the rise of Hitler and Nazism in Germany as completely alike in nature and ideology. She weaves a thin thread between the Jews in Germany and the Muslims in India. She recalls RSS’s once upon a time slogan: “Musalman ka ek hi sthan — Kabristan ya Pakistan” (Only one place for Muslims — the graveyard or Pakistan), to prove how per India’s ruling party’s ideology, “Muslims are cast as permanent, treacherous ‘outsiders.’”

In a typical Arundhati Roy style, she brings Kashmir into all this chaos as well, and states that while the mega Trump/Modi event was unfolding successfully in the U.S., some 10,000 miles away, “seven million people in the valley of Kashmir, overwhelming numbers of whom do not wish to be citizens of India and have fought for decades for their rights to self determination, are locked down under a digital siege and the densest military occupation in the world.”

She notes: “Not all the roaring of the 60,000 in the Houston stadium could mask the deafening silence from Kashmir. That day, 22 September, marked the forty-eighth day of curfew and communication blockade in the valley … Once again, Modi has managed to unleash his unique brand of cruelty on a scale unheard of in modern times. And, once again, it has endeared him further to his loyal public.”

In her world of sharp endings and doom-styled analyses, Roy calls her readers to collective action the essay “There is Fire in the Ducts, The System is Failing.” “We have work to do. And a world to win,” she writes. She uses the timing of the collection’s publication so that the pieces hold your hand and slowly take you from one moment of darkness to another, till it stops at the early months of the global pandemic. However, like all tunnels, this one too has light at the end, in the form of Arundhati’s encouragement in her last essay, “The Pandemic is a Portal.” To make use of this present moment she states, “to rethink the doomsday machine (of inequality and division) we have built for ourselves”.

“Historically,” she says, “pandemics have forced humans to break with the past and imagine their world anew.” We’ve all heard, thought about, read and even written several variations of this statement by now but the way she says it — in both her fiction and non-fiction writings — simultaneously convinces and challenges us to acknowledge, that for hundreds of millions of people around the world, “Nothing could be worse than a return to normality.”

While the collection suffers from repetitive phrasing, looking at the current political Indian scenario, you can’t blame the woman for her fixations on Modi, rising fascism in India, and the undemocratic lockdown of Kashmir. And it’s not every day that we’re a part of an ongoing history. It’s also not every day that we read this making of history. And this is why it’s crucial to talk about “Azadi.” It contains minute but detailed commentary on the current global climate from an Indian angle which is facing an ongoing establishment of an authoritarian and fascist regime under its current government.

Unsurprisingly, this rise of nationalist, conservative right-wing parties and their divisive hateful leaders can apply to most places around the world right now: Turkey, Russia, the U.S., the U.K., Israel, and The Middle East.

In such a global era of fascism, Roy’s “Azadi” is not only a testament of how courageous she herself has been in its face, but also how she exposes the burden of information and rage she has been carrying within her. This book is a bundle of wisdom that can be used as a guidebook to help us spot the warning signs of totalitarianism. Warnings we all must pay attention to and warnings we should all dread. Before it’s too late for all of us.

Is the J.K. Rowling We Knew and Loved Gone?