Why Women in India are Leading the Fight for Muslim Citizenship 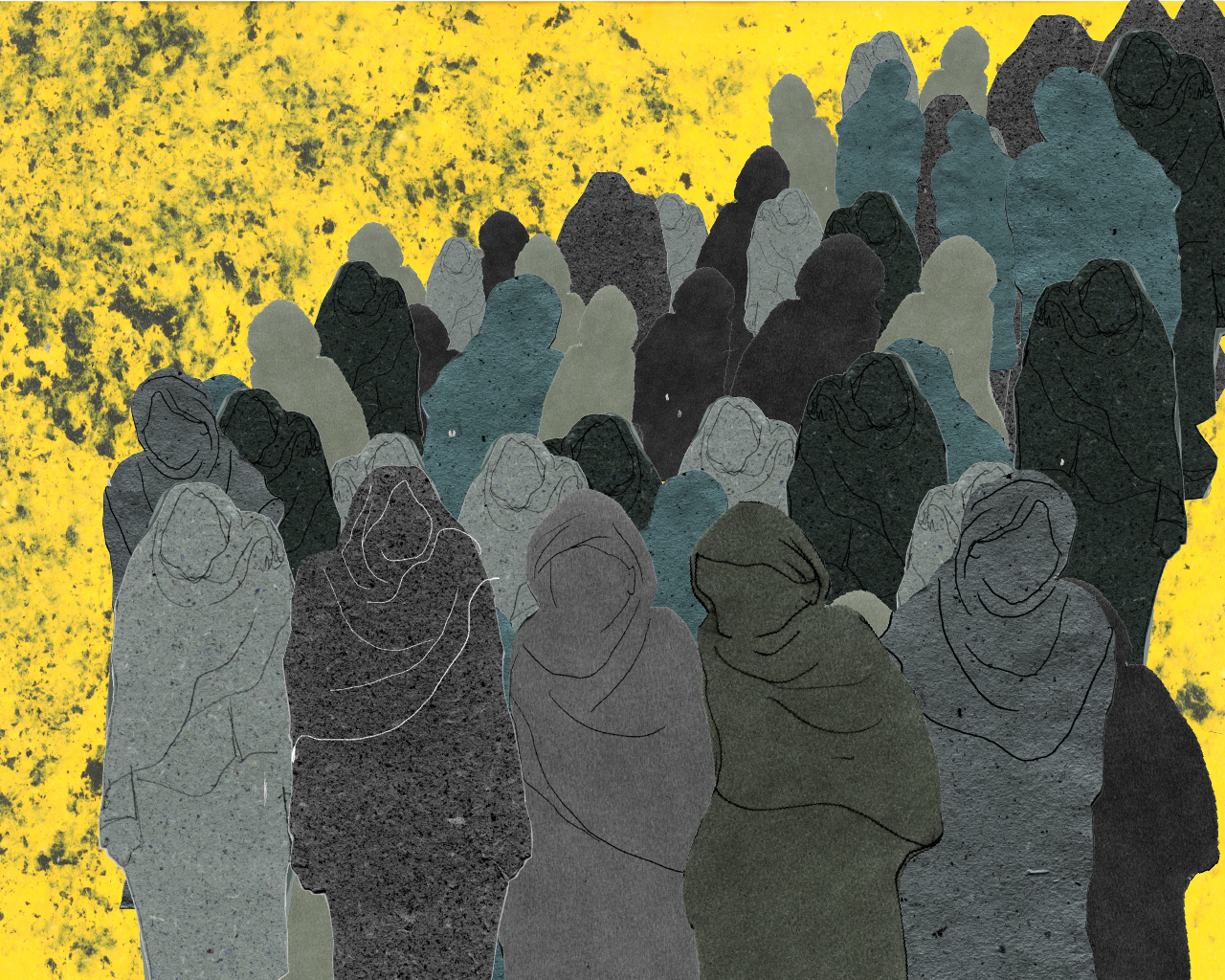 The revolutionary poet, Majaz Lakhnawi, once pleaded for Muslim women to turn their hijabs into flags and stand up for their rights. Majaz’s wish seems to have been granted in the weeks since India’s Prime Minister Narendra Modi passed a new law, the Citizenship Amendment Act (CAA). The law provides citizenship to refugees who came to India before 2015 from Afghanistan, Pakistan, and Bangladesh as long as they are not Muslim. Indian Muslims throughout the nation now fear for their own citizenship status.

The anti-CAA protests — which started in December with student protests at Jamia Millia Islamia (JMI), a public university in Delhi, and Aligarh Muslim University (AMU) — have now spread like wildfire to the entire nation, thanks to police brutality.

“We were sitting in the central library of Jamia Millia Islamia when around 7 p.m. a bunch of Delhi Police with wooden sticks broke open the library and started beating us without even asking us anything,” said Minhaj, a law student from the university, in a remote video interview.* “When they first struck me, I saved myself with my hand which got fractured. The second blow was on my eye.”

Minhaj lost his eye after the incident. His parents have asked him not to speak about the protests and CAA.

Oddly enough, the epicenter of this movement for constitutional rights is a small neighborhood in Delhi. Away from the English-speaking, higher-income communities of the city, Shaheen Bagh can easily be passed off as one of the nearby Muslim ghettos. But within the last 50 days, Shaheen Bagh has become a national symbol of resistance.

Along the road to the neighborhood, an 82-year-old woman greets visitors to tell them about the movement. Moving ahead, hundreds of clenched fists with colorful bangles unite above protesters yelling “Go Back Modi,” and “Azaadi,” which means “freedom” in Urdu, Arabic, and Persian.

But Shaheen Bagh is making history for reasons beyond this daily gathering of roughly 20,000 Indians protesting a right-wing government. “Shaheen Bagh is living proof of the fact that India is witnessing a feminist movement against a fascist regime,” said 20-year-old Neha* in a remote interview. Neha participated in the student protests at Jamia Millia University.

Strikingly, the strongest faces of dissent in these anti-CAA protests have been women, most of whom had not stepped out of their homes until this past December. 82-year-old Bilkis Bano has been braving the harshest winter Delhi has faced in the last 118 years. She can name all the members from her past seven generations, and would like to ask Modi to show her his papers.

“I have never taken part in any political movement before this,” said Bano in a phone interview, adding that she is a housewife who primarily remains in her home. “But it’s different now,” she adds. “I live here. Yes, it gets cold sometimes but how can I stay warm in my home when my children can get thrown out of their homes and their country and or will be sent to Pakistan? Or maybe sent to a camp,” Bano said, referring to the detention camps. “This protest will only end when we will know that all of us and our children are safe. We are not afraid of Modi anymore. We are powerful.”

India has seen women’s movements at other crucial moments in its history — from the Chipko movement to Anti-Nuclear Plant resistance in Tamil Nadu to the movement for justice for the Bhopal Disaster victims. But none of these movements have been as strong a political agitation as the protests at Shaheen Bagh, where women from all strata of life joined forces.

So who are these women protesting, demanding “Azaadi” (freedom) with such determination? Are they only young, forward-thinking students from certain “woke” universities? Or have they been paid by the opposition parties, as BJP claimed? Why has this protest struck such a strong chord with India’s women? What is it that pushed them to cross the threshold of their domestic boundaries and cause a national uprising?

The answer goes far beyond the women defying traditional Indian gender roles, as they join forces with students and activists, refusing to hand over the future to an administration that continues to uplift misogynists and rapists.

Indian women generally lack documentation more than men; They’re often excluded from the official administrative paperwork, rarely have their names in property papers, stay in the “care” of their husbands or fathers, and their birth and marriage registration remains an arbitrary process as they often move far away from their birthplace to get married or settle down with their husbands. The implementation of CAA will threaten the existence and identity of thousands of women of various classes, castes and communities across the nation.

Karuna Nundy, one of India’s eminent lawyers has been highly vocal against the law and has spoken in various demonstrations, including the ongoing one in Shaheen Bagh. Nundy said that women in India are familiar with both the experience of oppression and the process of resisting it. “Indian women know exclusion and know it too damn well,” adds Nundy.

“Women from all over have come and stood with us to fight against this injustice. This is a fire that will spread throughout the entire nation,” say Sadaf* in a phone interview. Sadaf is a housewife, mother of a three-year-old and a dedicated member of the Shaheen Bagh protests. “What are we even supposed to do when a law like CAA disenfranchises our existence due to our faith or class? Do we have any other option than to fight? We, the women of India, will fight and win against this fascist regime.”

* Some speakers’ names have been changed or shortened on request.

AlZaid Qureshi contributed to this report through remote video interviews in Delhi.