Why artist-run biennials and fairs can do what institutional art events can't.

Chicago, Home of the Micro-Biennial

Why artist-run fairs and biennials can do what big fairs can’t. 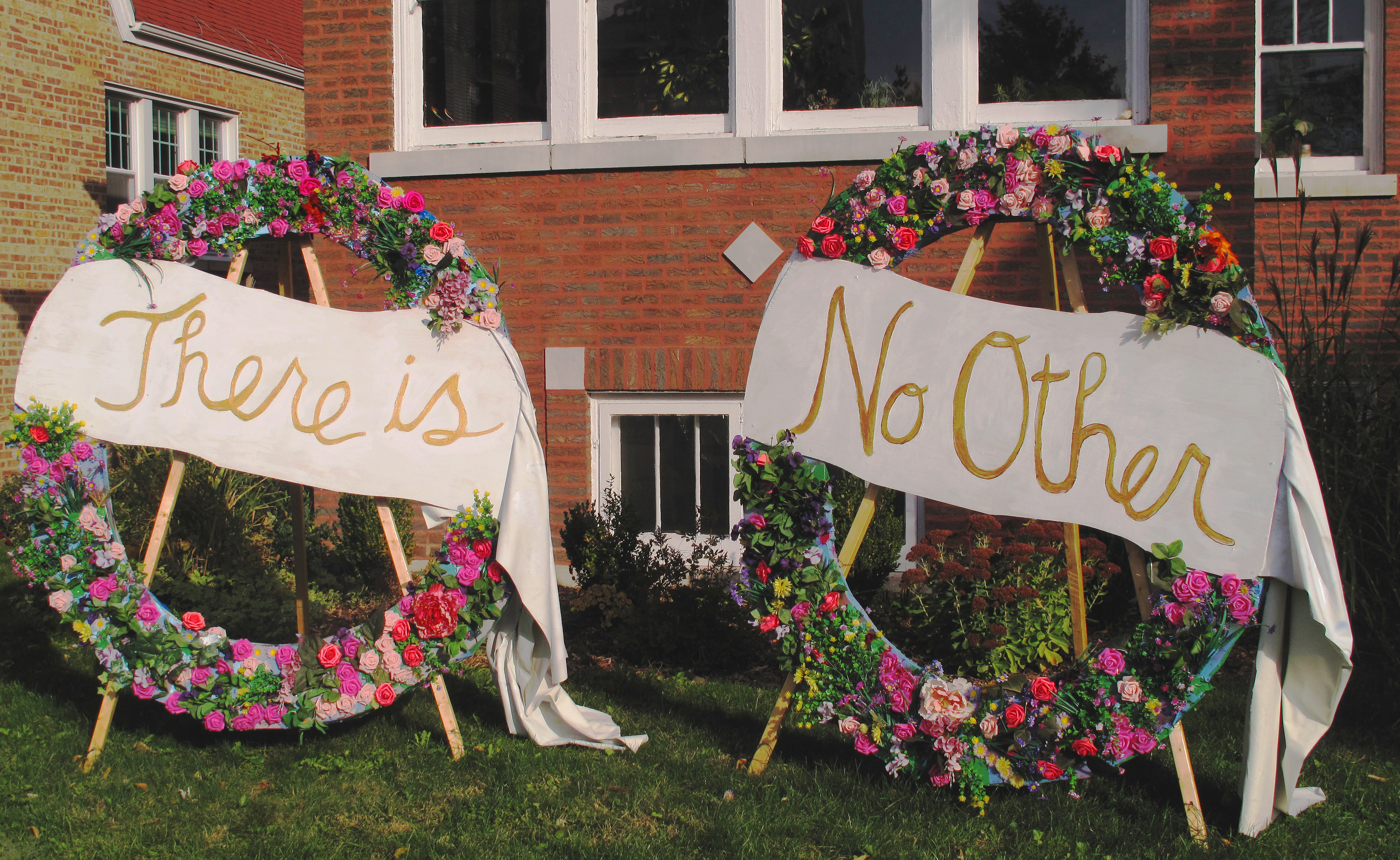 In 1976, Artforum published three essays by artist and critic Brian O’Doherty titled “Inside the White Cube.” O’Doherty parses out characteristics of the contemporary gallery that now, nearly half a century later, remain largely unchallenged. “An image comes to mind of a white, ideal space that, more than any single picture, may be the archetypal image of twentieth century art,” he wrote. The Museum of Modern Art in New York City helped to solidify the widespread use of the white cube aesthetic in the 1930s. The same museum recently shuffled its canon in an attempt to facilitate a more inclusive conversation: Pablo Picasso and Faith Ringgold now share a room, parts of the collection will continue to rotate every six months, and a few of the galleries are even painted in color. But if MoMA represents a new direction for art museums, the aesthetics of the art fair, and its premise, remains largely unchanged: row after row of white cubicles, like shops in a mall for contemporary art.

A new format, however, threatens the dominant model of fair-as-shopping mall: the anti-fair and its cousin, the micro-biennial. Take, for example, Barely Fair. A playful adaptation of the art fair occurred at Chicago artist-run gallery Julius Caesar in September 2019. Barely Fair opened the same weekend as EXPO Chicago with galleries displaying miniature works of art in dollhouse-like booths 1/12 their typical size. Instead of the extravagant fees charged to participating galleries at EXPO, booths at Barely Fair cost just $25. The fun-size showcase was successful (if hip tote bags and an article in The New York Times are any indication). Its popularity is proof of an audience eager to encounter art in new ways.

Barely Fair isn’t the only place to find an art fair gone delightfully awry. As the Basels and Friezes struggle to remain at the apex of art world influence, anti-fairs represent a countermeasure. Anti-fairs are organized primarily by local artists disenchanted with interchangeable, corporate art pop-ups. Like Barely Fair, they often coincide with established commercial fairs, but are smaller in scale and claim to prioritize art and artists over profits. In 2018, the inaugural Anti Art Fair was held in London at the same time as Frieze. The Irregulars Art Fair took place in New Delhi at the beginning of last year, running concurrently to the India Art Fair. The New Art Dealers Alliance (NADA), a non-profit that advances new voices in contemporary art, evokes the anti-fair spirit with an e-flux aesthetic. Their two annual fairs are held in Chicago and Miami, during EXPO and Basel, respectively.

Particularly in Chicago, artist-run spaces and events have history. They hold weight in a cultural scene that includes important institutions, galleries that range from pop-up to blue chip, monumental public sculptures, and a breadth of street art. Despite this range, artists working in Chicago struggle to find venues to show their work. Young artists flock to Chicago universities with some of the best fine arts programs in the country and, if they don’t immediately move to the first or second coast, find themselves making work in a city whose reputation belies the number of opportunities available to them. 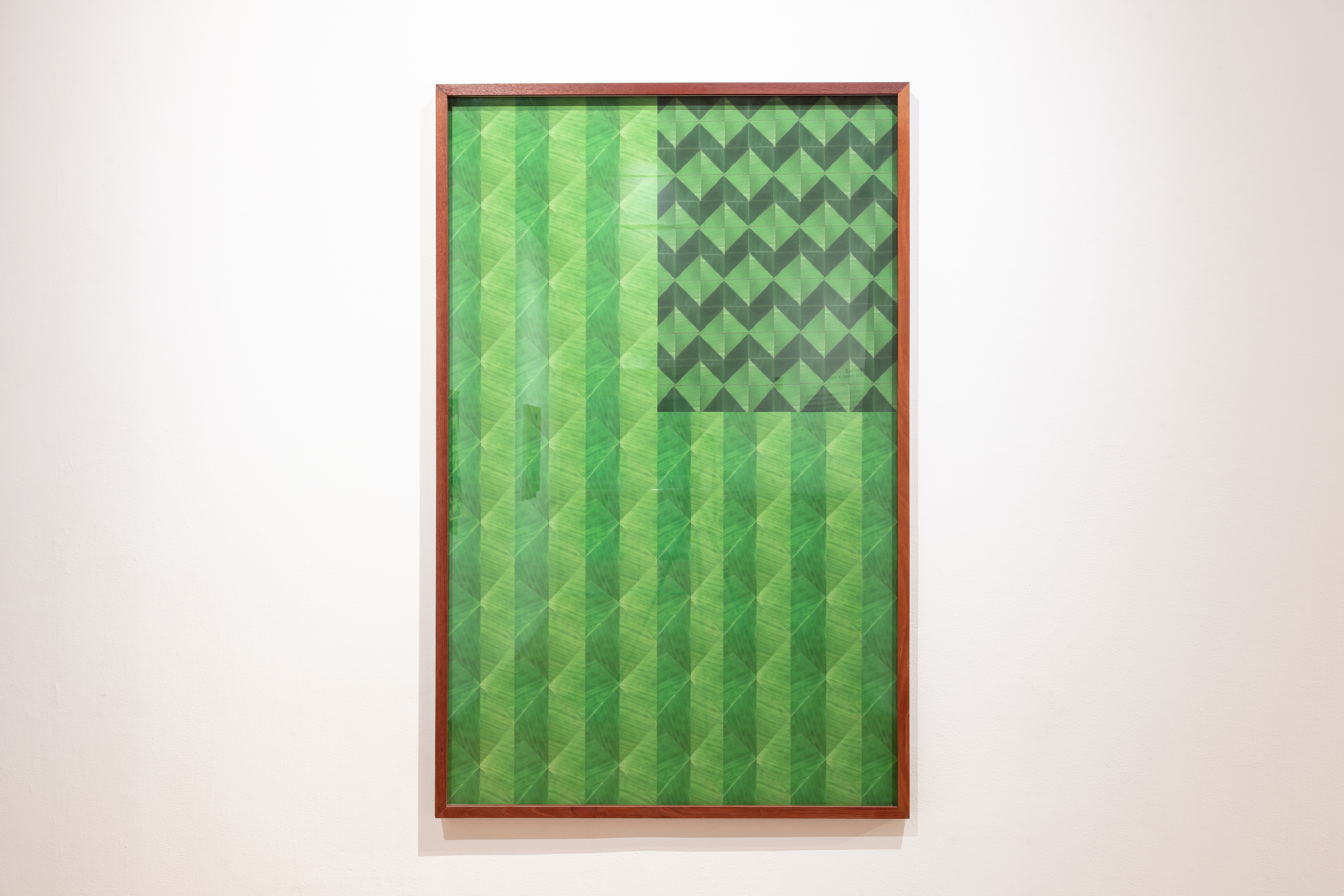 A press release for Terrain Biennial, which ran in fall 2019, called it “unlike any other art festival.” It is unique, in part, due to its location: for this iteration, over 200 artworks were exhibited in yards, gardens, windows, and porches across Chicagoland, with a smattering of projects as far as Oakland, London, and Havana. Late artist and curator Sabina Ott held the first Terrain Biennial in 2013 with nine artists participating; this year had over 250. The function of Terrain, reconfiguring private property into spaces for the public to experience art, was spawned in 2011, when Ott and her husband John Paulett started a pop-up gallery on the porch of their Oak Park home, making a suburban variation on the apartment gallery, which has long been a cornerstone of Chicago’s art scene.

The most intriguing projects challenged the conventions of their front yard settings — residential, landscaped, and equally public and private — paying special attention to scale and medium. “-Scape,” by Marina Peng and Rachel Youn, consisted of two six-panel folding screens printed with renderings of lush, non-native foliage, highlighting imprudent landscaping ideals in their natural habitat. On another lawn, Rebecca Keller (Adjunct Full Professor, Departments of Sculpture, Art Education, and Art History, Theory and Criticism) installed two extra-large memorial-style wreaths with the project’s title, “There Is No Other,” written in gold paint across the pair, advocating for a more inclusive world with beaming sentiment. “Rock Like Woman on Mars,” by Sarah Belknap (MFA 2010) and Joseph Belknap (MFA 2009), transformed its verdant site into an alien roadside attraction with several large sculptures of imagined Mars artifacts.

From 2015 to 2017, the number of artists participating in Terrain jumped from 75 to 120, and this year it landed at 250. Terrain’s board and volunteers make their own efforts to expand the biennial, but part of this growth might be attributable to discontent regarding institutional biennials and art fairs. These behemoths are both exclusive and slow to change, and in the meantime, artists are creating engaging alternatives.

Richard Medina (BFA 2021), Director of Terrain Biennial, explained via email, “Chicago is unique because, despite the amount of artists and the size of the art scene, it doesn’t have a proportional amount of commercial galleries and commercial opportunities for artists. The Chicago art scene has responded to this disparity with a wealth of artist-run spaces, apartment galleries and alternative exhibition spaces.”

Some of Chicago’s most important venues started out in someone’s living room, such as the recently closed Shane Campbell Gallery, The Suburban (which was originally in Oak Park), and 65Grand. However, for every Shane Campbell that ascends in influence, there are dozens of apartment galleries that stop exhibiting for myriad reasons, typically a lack of funds. This is not necessarily discouraging. In a blog post from 2008, artist, writer, publisher, and curator Caroline Picard (MFA 2010) wrote: “Because apartment galleries are not dependent on the art market, they are the roughest, most experimental venues for exhibition.” Artists in Chicago have a perennial interest in art that disregards salability in favor of a conceptually rigorous approach. 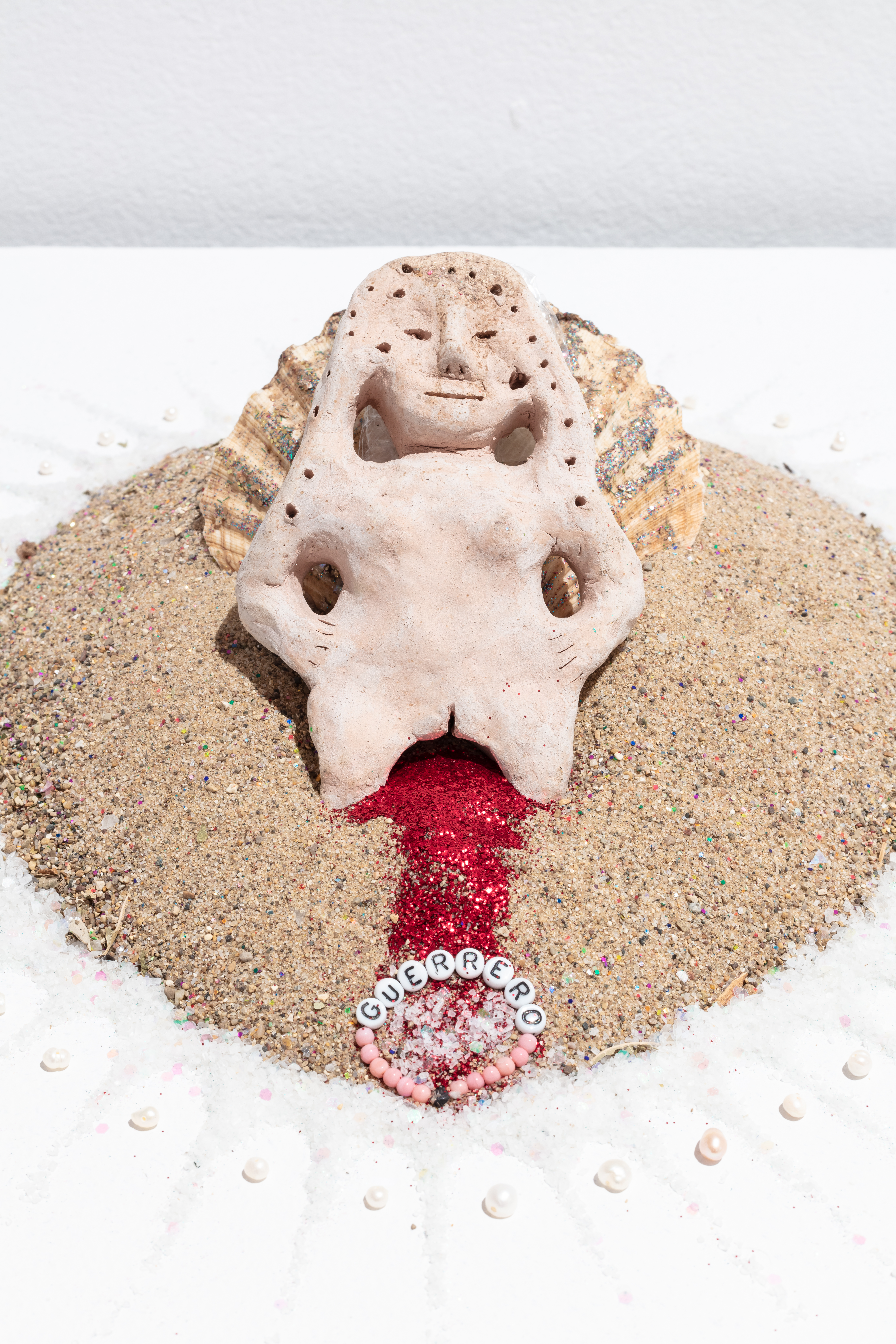 The best-known biennials have a global presence: The Venice Biennale is a distinctly international affair, and the Whitney Biennial is a national survey using a “loose definition” of American artists. The Petty Biennial.2 demonstrated the curators’ interest in a specific geographic context. The exhibition’s curators, Courtney Cintrón, (MA Arts Administration and Policy, 2017), Sabrina Greig (MA Modern and Contemporary Art History, 2016) and Adia Sykes (MA Arts Administration and Policy, 2018) advocate for an expanded definition of diaspora as a network of marginalized peoples impacted by shared legacies of colonialism. The show stood in opposition to the checklist diversity peddled by institutions. Rather than emphasizing difference, the curators created a coalition of culturally diverse artists whose works reflect buoyant idealism balanced by savvy material choices. Some pieces achieve the deceptively simple task of depicting a persuasive personal narrative. With an eye for complex symbols of Caribbean identity, artist Jacquelyn Carmen Guerrero crafted a humble personal creation myth in “Fertile Ground//Tierra Sagrada,” which sets an unadorned fertility figure and a hospital baby bracelet atop sand and glitter.

In her assessment of apartment galleries, Picard points out that some artist-run spaces are compelled to signal legitimacy to their audience. Creating a local biennial, or an art fair that isn’t profitable, is more like an appropriation of legitimacy. The prestige typically reserved for big museums and their ilk could be better spent on the artists, organizers, and protesters who challenge them. They are dispensing correctives to expired conventions, and nothing could be more contemporary.

Notes on Elks, a Bean, My Shirt