VIDEO: Do You Believe in the Power of Tarot?

We ask SAIC students what they think about the resurgence of the Tarot deck. 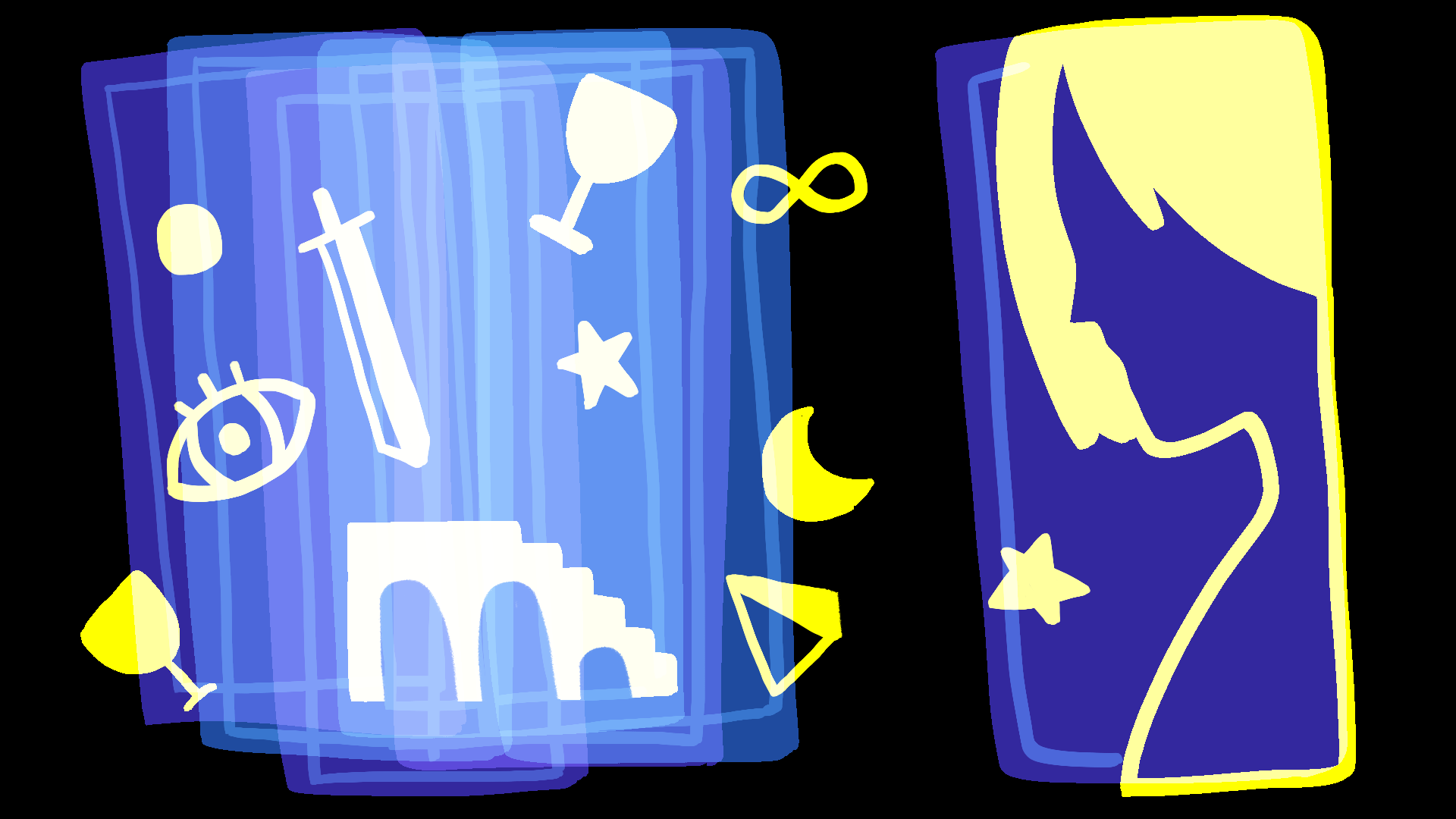 Do you believe in the power of tarot?

Well, what exactly is the power of tarot?

For some, like F Staff Designer Raven Mo (BFA 2021), it’s all an illusion. “I think tarot cards is completely bullshit,” she told F at the Student Groups Fair on September 16. “I don’t believe in any of that.”

I know where she’s coming from. I’ve long resisted tarot on the grounds that it seemed like a pseudoscience, a fraudulent predictor of things to come. What I learned through talking with believers and practitioners, however, is how deeply wrong I was.

“There is a widespread misconception that tarot is a form of fortune telling,” writes Jay Boll, a tarot reader claiming 30 years of experience, in response to a Quora inquiry. “Most devotees of tarot do not use it that way. For them, tarot is an interpretive tool, not a predictive one.”

In other words, tarot isn’t supposed to predict your future, but it might help you to better understand your present. I like this. The answers to my life’s most central questions reside not in the cards themselves, or in an extrasensorially perceptive reader, but in me; the cards and the reading ritual are merely prompts to help me access them.

Simone Viteri (BAVS 2020) learned this the hard way. “The first time I got my tarot read, I got it by one of my students,” she told F at the Student Groups Fair on September 16. “She told me that I was gonna be with somebody forever, and then we broke up a week later.”

Tarot cards have enjoyed a resurgence in recent years, due to causes ranging from the truth-bending election of Donald-freaking-Trump to Dior using Motherpeace Tarot designs in their Resort collection. The Dior bump sent Motherpeace’s sales skyrocketing, up 263 percent in the following year. Likewise, Kickstarter tarot projects rose from 37 in 2013 to 88 in 2017. Statistics aside, many of us, particularly in an art school context, have at least a friend or two who take reading seriously.

In the end, treating a group of tarot cards as one fertile metaphor is not so different from seeking hidden meaning in a poem, a dream, or a particularly lush forest. It’s facing loaded images and listening to what happens within you in response. Reading tarot does not mean predicting the future — it means deepening your self-understanding.

Students at the 2019 Student Group Fair share their thoughts.

Featured, SAIC VIDEO: Do You Believe in the Power of Tarot?
« Previous Story

Don’t Get Cut Up About It