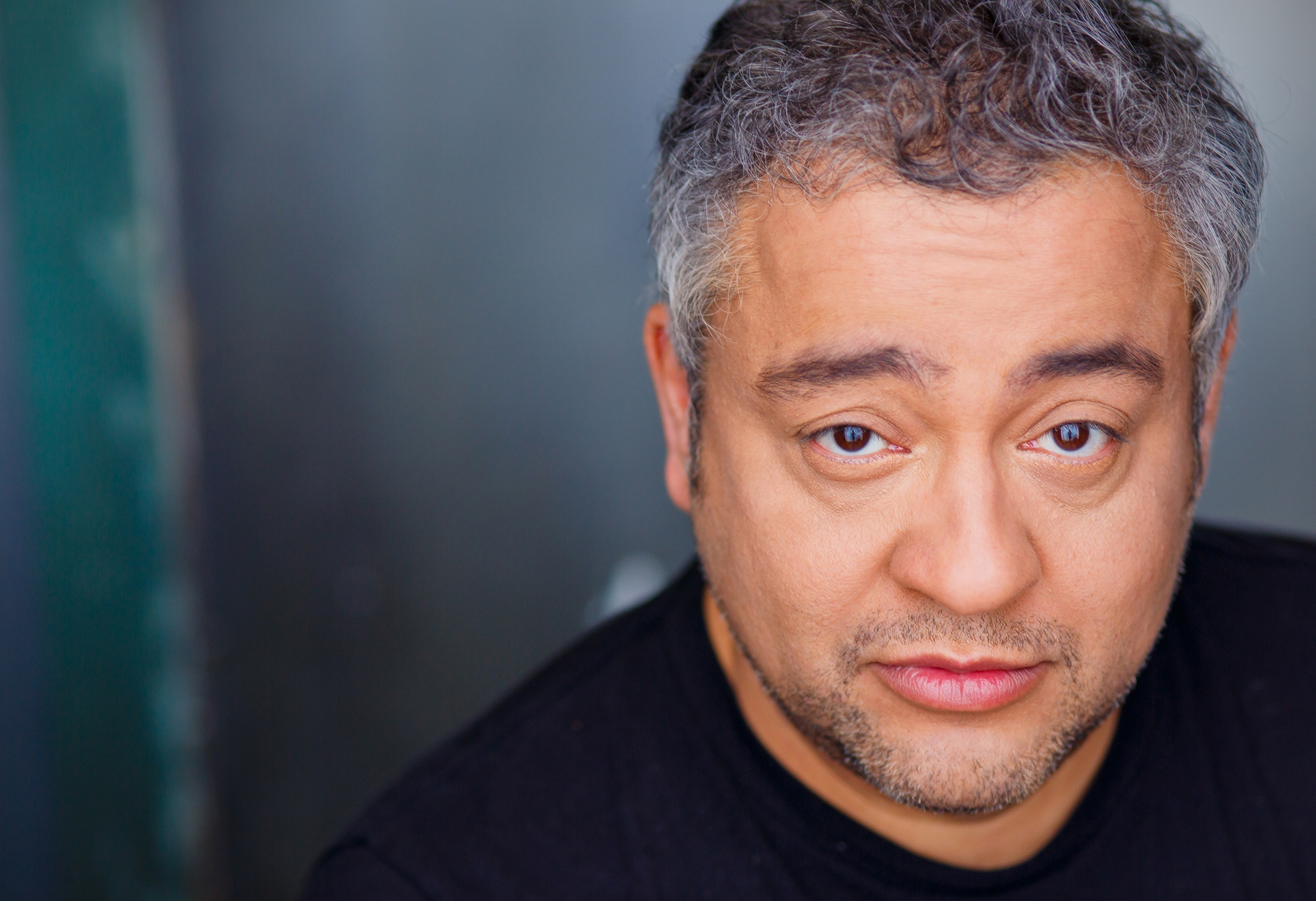 After graduation, School of the Art Institute of Chicago (SAIC) students’ creative practices are put on trial. Lacking the community resources made available by the solvent institution, creative upkeep becomes an effort of will. Many end up plying their creative tools in corporate settings. Many find creativity relegated to “hobby” status.

Others — like Javier Carmona (BFA 1994) — double down on creativity, adding new mediums to the mix. Carmona came to SAIC having mostly studied drawing, but then moved between graphic design, painting, printmaking, and photography, which would prove to be the one that stuck. After graduation, he took acting classes, hoping experience on the other side of the camera would help him direct his subjects more effectively.

Five years later, Carmona stars in AstonRep Theatre’s “The Crowd You’re In With,” written by Rebecca Gilman — “A Chicago treasure,” in Carmona’s words. He has also appeared in major commercials for companies like McDonald’s and Nissan. I recently spoke with him about his time at SAIC, his unique creative path, and his theories on life and art.

Javier Carmona is an actor and filmmaker and has performed in Chicago with Three Cat Productions, Ghostlight Ensemble, and Dandelion Theatre, among others. Recently, he has studied at The Actor’s Space, Barcelona and Black Box Chicago. He is represented by Lily’s Talent Chicago.

Dustin Lowman: Tell a little bit about your background — where you’re from, how you got into in acting, and photography before it.

Javier Carmona: It really started with drawing. Photography came much later. I grew up in Chicago, and my high school was very good about publicizing the early college program at SAIC. So that’s really my first association. I did figure drawing at the age of 16, at SAIC, and I was hooked.

DL: SAIC currently puts a lot of emphasis on interdisciplinarity. Was that ethos the same back then?

JC: I think the word would have been experimental. When I was at SAIC I was kind of dual-minded, in that I was studying both painting and graphic design. I liked to work in image, but I also liked making images by hand. I combined the two in printmaking. Then, there was a beginning darkroom class that you needed to take to get into the upper-level printmaking classes. So I took that, and loved it. At the time, I felt the people in the photography department were asking the right questions. It was the dialogue I was hoping to have, that I wasn’t finding elsewhere.

DL: How would you describe that dialogue?

JC: It was this idea of making work that was incredibly related to direct life experience. Using or transforming the building blocks of whatever’s in front of you into something unique. By the time I was finishing with my undergrad, I realized that photography was becoming this sort of poor man’s cinema. I had taken a couple 8mm film classes, and it was unwieldy and obviously very expensive by comparison. It was much more feasible to work out these ideas of transforming life into something more theatrical in still photography.

DL: When did acting come into the picture?

JC: I went to grad school at the University of New Mexico (UNM), which was probably when I first asked the question, “How can I make better photographs that are populated with people?” It ultimately led me to taking an acting and directing class. It was initially to make better photographs. The idea that, in photography, everyone’s putting people in their pictures, you can call them models, you can call them performers, but no one ever talks about the nuts and bolts of how to direct them, and how to get a result you want. So that’s really where it started. I was then kind of thrown into performance. A director friend needed a last-minute replacement for a show she was doing, a production of Chekov’s “The Seagull.” She knew that I was taking acting classes. So, that was kind of my baptism by fire, and it was great. I took a few more classes, did a couple more plays, got an agent, and that’s led to this incredible last two years.

DL: Since acting is a practice you came to more recently, do you have a different mental or emotional relationship with it than with photography?

JC: I think it’s part of a continuum, wanting to figure something out, a bigger question you can’t quite put your hand on. That’s how I think about art making in general. 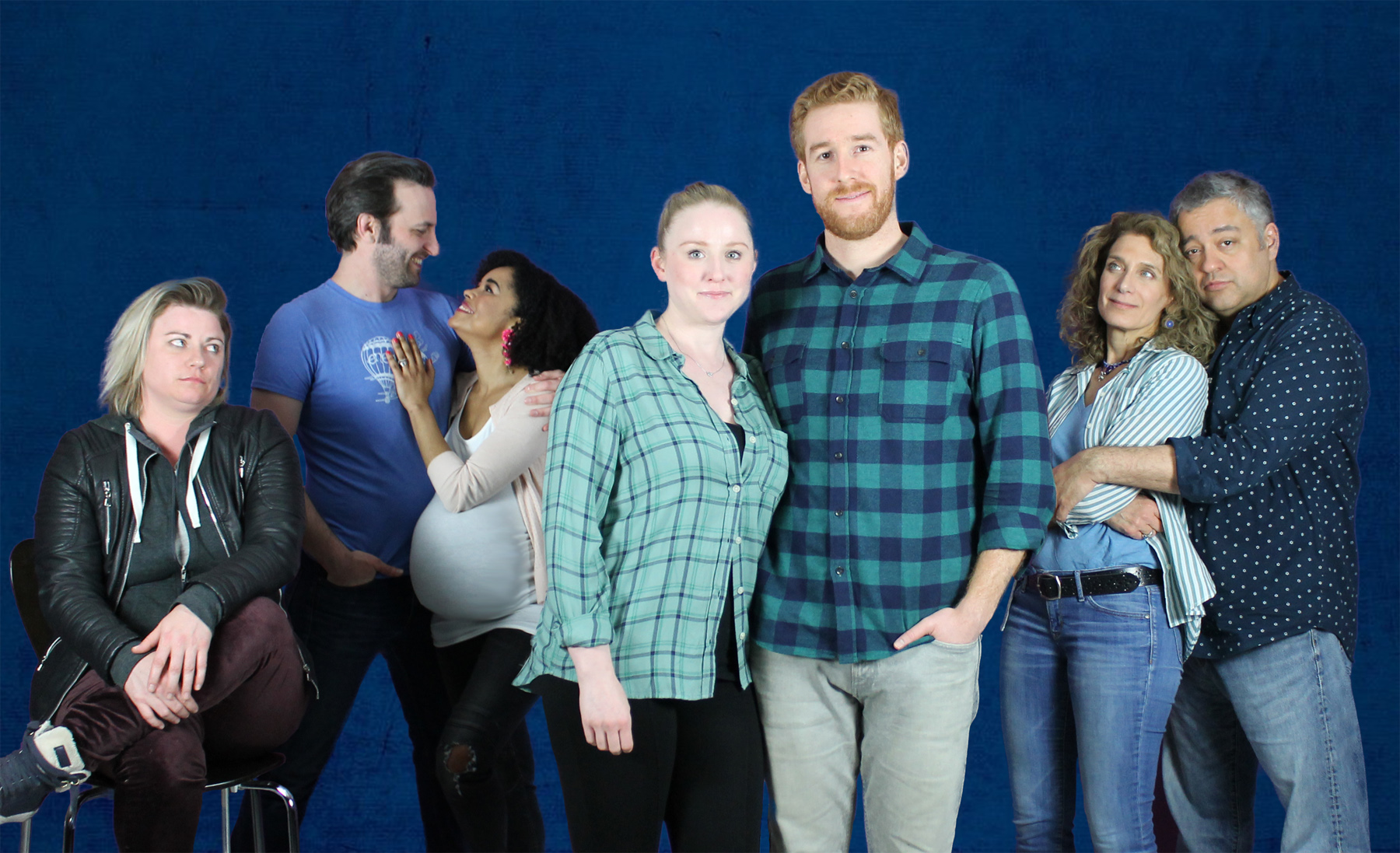 “The Crowd You’re In With” (left to right): Erin O’Brien, Nick Freed, Maggie Antonijevic, Sara Pavlak McGuire, Martin Diaz-Valdes, Lynne Baker and Javier Carmona in a publicity image for AstonRep Theatre Company’s production of THE CROWD YOU’RE IN WITH. Photo by Derek Bertelsen.

DL: Let’s talk about the current play, “The Crowd You’re in With.” Can you give me the broad strokes on what it is?

JC: Sure. It’s a Chicago play, set in 2007, so many of the cultural references are specific to that. Fundamentally it’s the story of three couples, each of them in a different phase of marriage or adulthood. I play Tom, who is the husband of the oldest couple. Tom and Karen are a couple who decided very deliberately not to have children. The younger couple, hosting the barbecue, Melinda and Jasper, are at the moment where they’re trying to decide whether to have children. And then the third couple, Dan and Windsong, have a baby on the way. So it’s this clash of priorities, and ultimately, how you identify yourself as a person. In many instances, the act of having a child perhaps becomes a substitute for having an identity. What I like about the play is that it’s asking the audience questions. How complacent are you? How much have you considered this in your life? The baby issue is almost beside the point. It’s really, how do you define yourself, and how do you define happiness?

DL: Do you happen to know whether the title is an intentional Bob Dylan reference?

JC: That’s great that you bring that up, because there is a healthy aside to Bob Dylan in the play. So you might be able to connect that dot.

DL: That is really great to hear. So — to circle back to your personal trajectory, I’m wondering whether acting has become your central career motivation, whether it’s what you most want to carry forward professionally.

JC: Well, this brings us back to the initial question about interdisciplinarity. I’ve never been able to distinguish between these different mediums. I kind of stubbornly call it all photography. Simply because, I say to people, photography’s our unit of measure, we measure time in small fragments, in small increments. So I don’t want to take these lessons learned from theater and just live them in isolation. I’d like to bring them back to the gallery, to the installation, to the framed work, to the work on paper. To me it all continues.

DL: So it’s kind of a big artistic dynamo that you have. All of the mediums relate.

JC: I would hope so. And I’ll be honest, I’d love to be a series regular on a television show. I think that would just be part of the continuation. What do I bring to this? How would I respond in this situation? What would I do here, against a green screen, for example, when there’s nothing there? 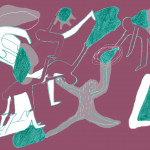