The Art of Healing at Youth Empowerment Performance Project

How a Chicago nonprofit works with LGBTQ youth to build community through art. 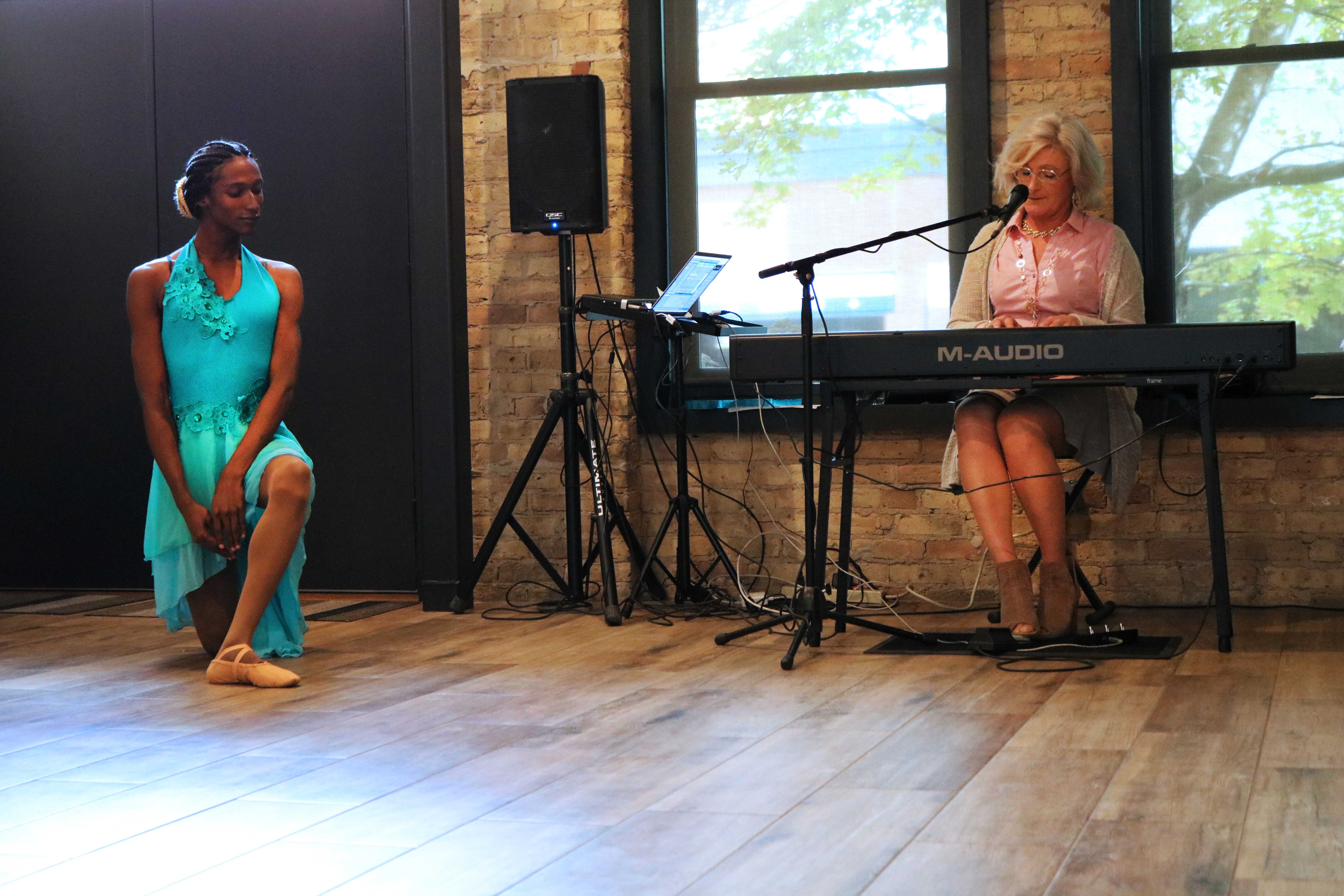 Choreographer Bonsai Bermúdez sits on the floor to watch dancer Zizi Phillips descend from a set of stairs at the Blue Parrot, an event space for underrepresented artists in Chicago. Backlit by midday sun, Phillips tilts her face up and relevés. Her lips curl upward in a slight smile. Her eyes shine with a sanguine gleam. She transcends space.

Bonsai Bermúdez once abandoned show business. “It’s just so intense. So many egos. So many power dynamics,” he says. He decided to focus instead on another calling, clinical counseling. Then he saw Zizi Phillips. With the grace and power of a trained ballet dancer, Phillips embodied beauty and fluidity in a way he hadn’t seen before. “She was activating so many things in my body,” says Bermúdez. Allie Stephens, who came out as transfeminine later in life, was equally floored seeing Phillips perform. “How can I live in this world in this body? I saw Zizi and thought, Ah. There it is,” says Stephens. 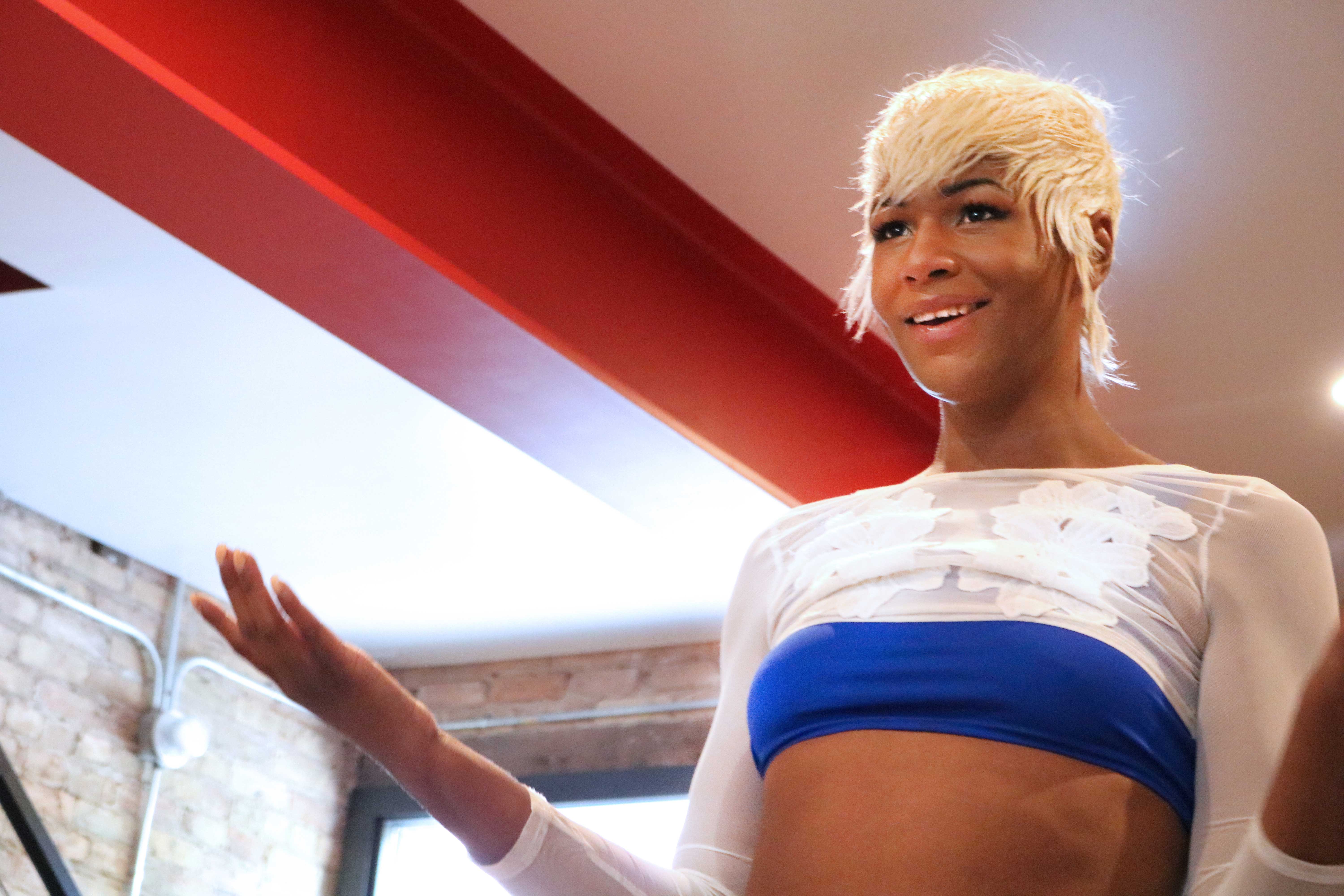 Stephens, who is an Adjunct Assistant Professor in Art and Technology at the School of the Art Institute of Chicago (SAIC), is a YEPP board member and organized the fundraiser event earlier this fall where Zizi’s dance takes place. The fundraiser begins with brunch. Youth from the program share food and conversation with community partners. Artwork by the youth is up for auction, displayed on brick walls. Stephens welcomes everyone to experience the collection of performances, which are just a taste of the work YEPP represents. 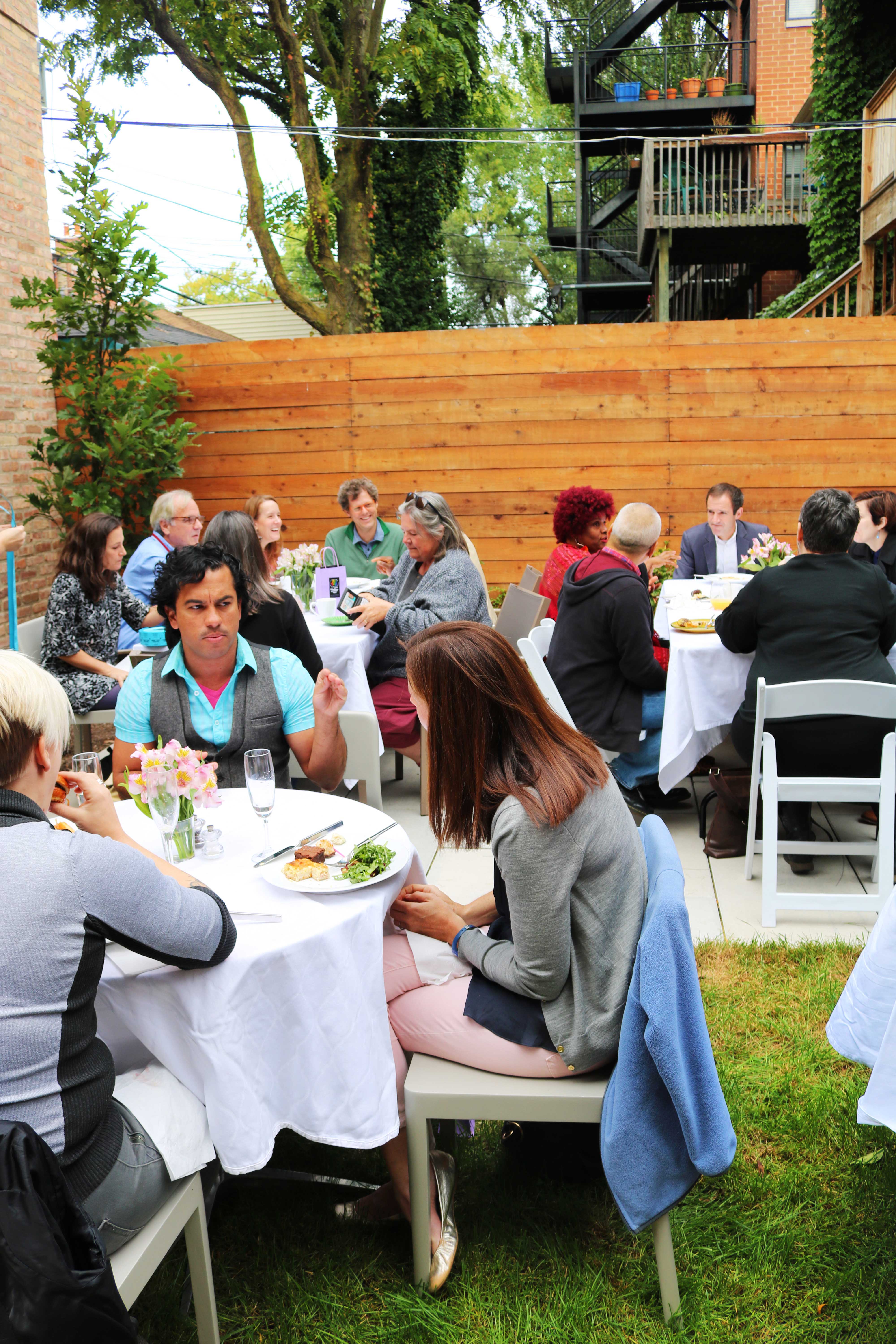 Bonsai Bermúdez (at left table, in blue shirt) eats with other guests. Photograph by Amanda Dee.

Yordana Adedokun is a YEPP member, performer, and visual artist. When she left the foster care system at age 21 after coming out, Adedokun faced a difficult transition to independence. She was traumatized by the system and had a self-protective habit of running. Institutional trauma is something Bermúdez also experienced. Bermúdez, who identifies as queer, grew up in Puerto Rico and struggled with intergenerational trauma.“At some point, when I was 21, I tried to kill myself,” he says. “I went through so many psychotherapists and psychologists and psychiatrists and none of them were working.” It took an appropriate recovery plan in New York City and a personal resilience for Bermúdez to move forward in his healing. He recounts that this “emotional and spiritual homelessness” is where he can relate strongly with the youth. Working with Bermúdez, Adedokun found a genuine care different than the institutional care she experienced in the past. “I found light. I found joy. I found family,” she says.

Forty percent of youth experiencing homelessness identify as LGBTQ, though only about seven percent of the general youth population identify as LGBTQ, according to a UCLA report. A possible reason for this discrepancy is familial response to sexual orientation or gender identity. According to the UCLA report, 43% of LGBTQ youth were forced by their parents to leave home because of their identity.  “In a city, they get exposed to so much—to drugs, to alcohol, to sex, to police brutality,” says Bermúdez. Not only are these youth experiencing the trauma of homelessness and family conflict, but many have also experienced physical or sexual abuse. 58% of LGBTQ youth experiencing homelessness reported experiencing sexual assault.

Levi Perez, a visual artist and YEPP member, struggled to find acceptance after coming out. “My family is Mexican and very Catholic,” he says. At YEPP, he found people with whom to identify and to talk with about mental health sans stigma. “If I could touch the lives of young people, even five to six others like YEPP reached me, I could die happy,” says Levi. 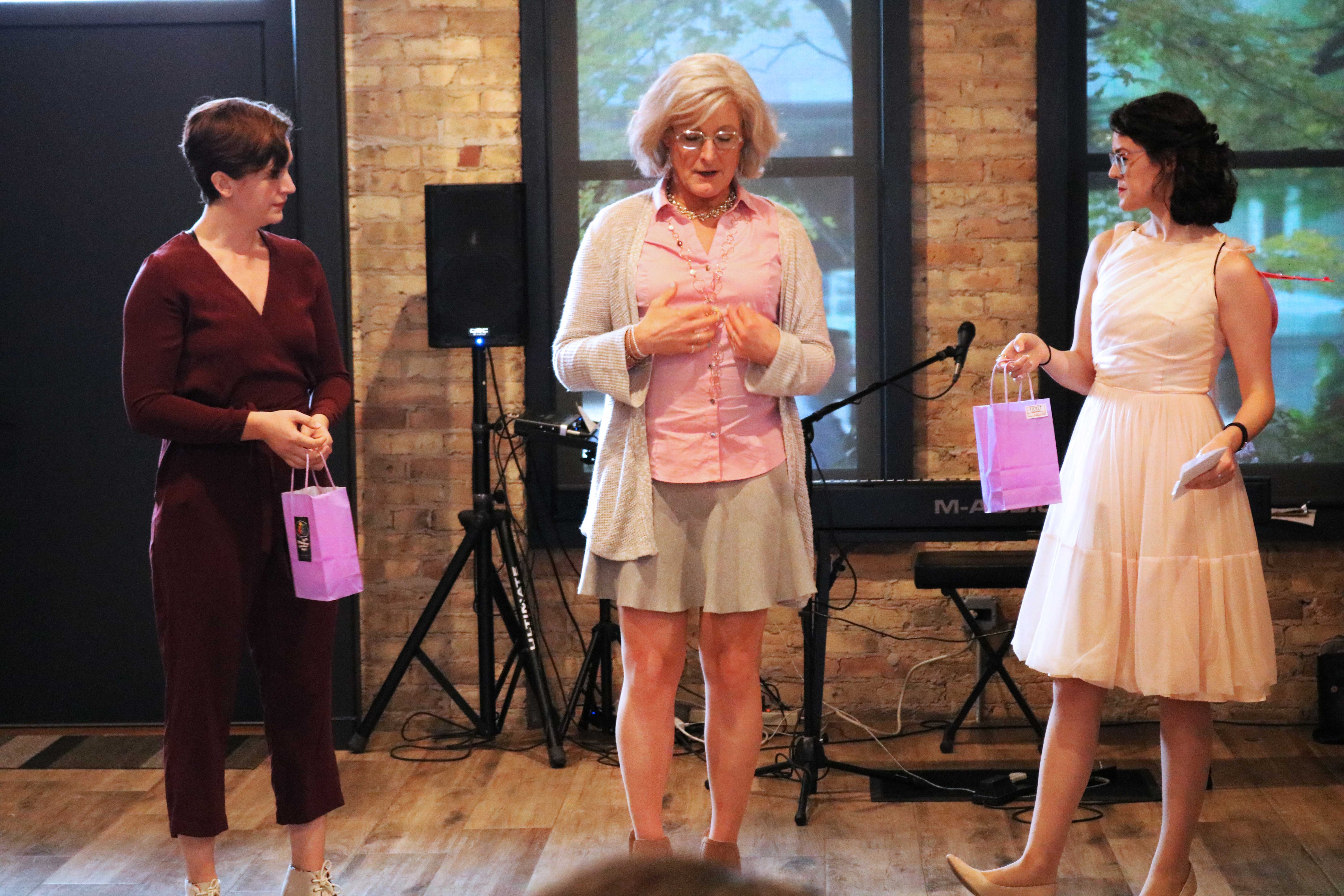 YEPP now has multiple programs and workshops that promote creativity, conversation, and community within the LGBTQ community. The original performance project remains at the heart of the organization. This program takes place over the course of a year. Six to seven youth spend six months moving through a process of healing focused on mind, body, and spirit. “Rehearsal is designed for them to trust not just themselves, but whoever is in the room,” says Bermúdez. Drama-therapy and dance-therapy exercises allow the youth to carefully move through their pasts, their experiences, and their identities. “Any bodily reaction to the recognition of trauma and purging of negative emotions is welcome. And it’s respected. And protected. We have had moments of people punching walls. Or throwing tables and chairs. Or vomiting. Or screaming like nobody’s business,” he says. Sometimes, for the safety of everyone in the room, Bermúdez must de-escalate the reaction. All these rehearsals culminate in a theatrical performance. This performance then tours locally and nationally to spread awareness about LGBTQ youth homelessness. 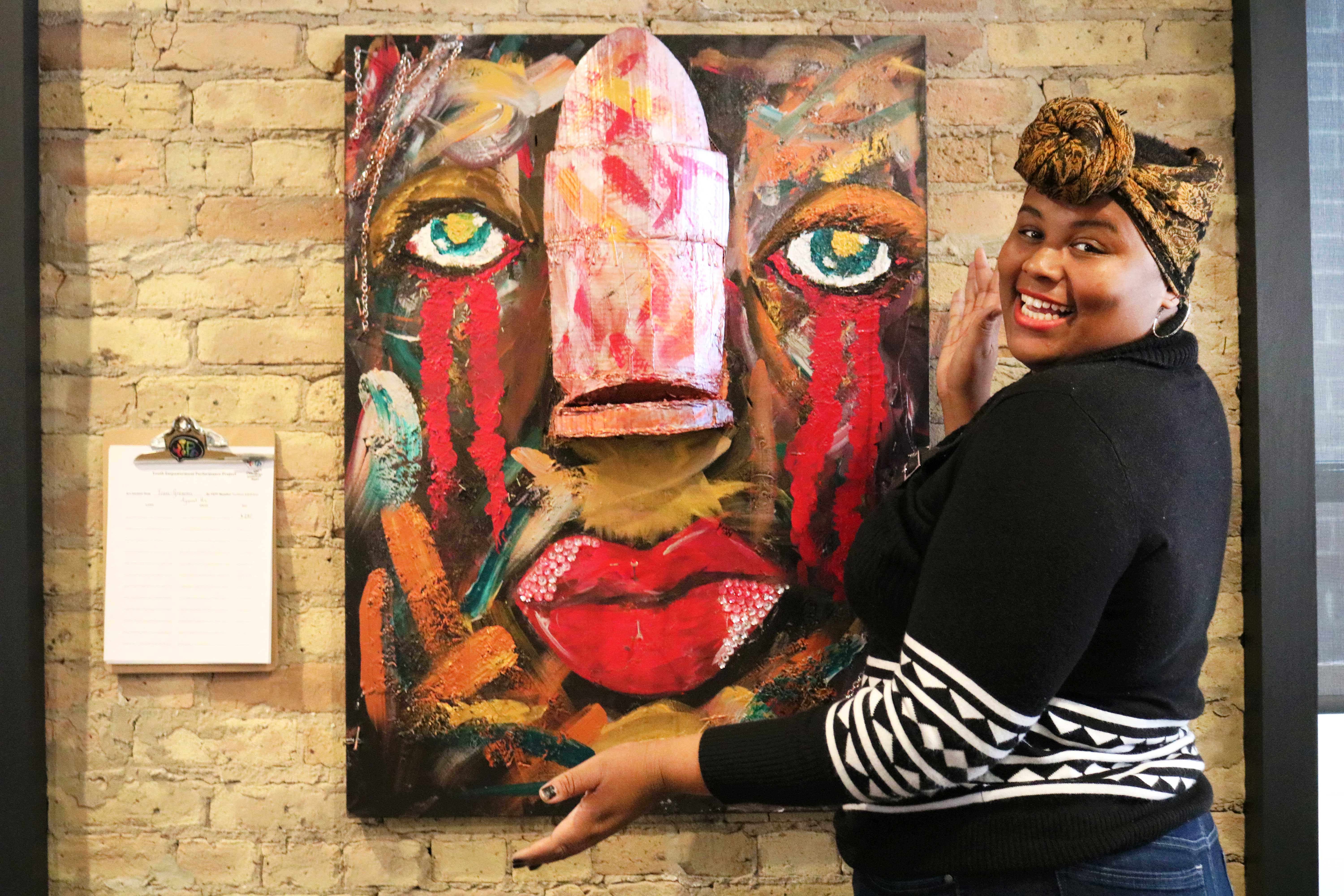 YEPP member Yordana with one of her visual art pieces. Photograph by Amanda Dee.

At the fundraiser, Yordana Adedokun stands in front of her painting, the third in a series of three. The painting depicts a black masculine figure standing face to face with a white feminine figure. The faces have no eyes, only ears and mouths. Adedokun explains that the figures have no way of judging each other by appearance. Instead, they have their voices. Through expression, they communicate their most authentic selves. They are heard. They are respected. “There is no work closer to the meat of our lives,” says Allie Stephens. 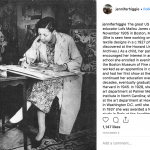