The School of the Art Institute of Chicago’s open studios event allows viewers get to know artists in their homes away from home. 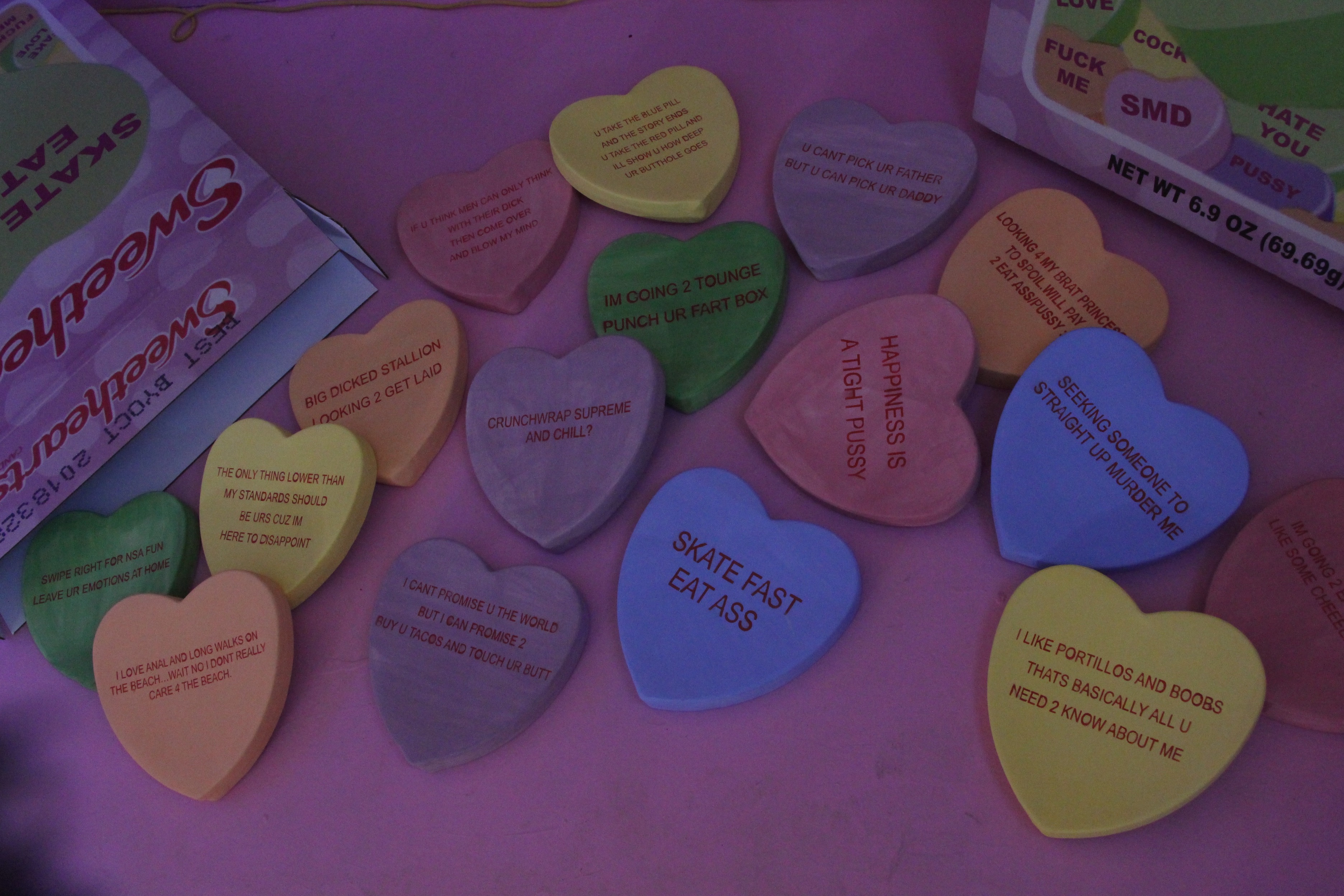 Bodies of different colors share the bathroom of a nightclub. One person pulls up their underwear next to a couple of urinals. Another nude individual kneels inside an open stall, where an interracial couple gets intimate. Or is it a single pair of eyes mysteriously peeking over the wall?

These characters populate a canvas by Ricardo Partida, a first year student in the Painting and Drawing department, and one of over 300 MFA students to participate in SAIC’s Graduate Open Studios on November 2 and 3.

Moving to Chicago, Partida says, has informed his art. The work he created back home in Edinburgh, a border town in South Texas, depicts vulnerable communities who choose their own families for support.

“Issues like body feminization, trans violence, and male prostitution are kept under wraps in this community. Due to a lot of people not having documentation, or their bodies not matching their IDs, they resort to sex work to make a living,” he says. Now his newest work, displayed in his studio on the 17th floor of the MacLean building, focuses on similar communities, yet in Chicago’s more embracing nightclub scene.

Most students who participated in the Open Studios probably made an effort to tidy up their personal space for public exhibition. But they were still personal spaces. Personal notes scribbled on post-its or brown paper, fragments of song lyrics, fridge magnets for other school-related events and even a plate of chips and guacamole on a table. It’s an odd mix of an artist’s office, home, and gallery.

Like Partida, many students displayed art that incorporates their personal and cultural origins. Percy Lam, a first-year student from the Fiber department, presented a series of post-it-sized pieces of black construction paper that show fragments of images of neon lights from his native Hong Kong.

“It’s a dying art,” he explains in his studio, on the 3rd floor of the Sullivan building. “Many of these neon signs are old and are at risk of falling down, so they are being replaced by LED screens, but they are also an iconic sight in the streets of Hong Kong.”

In each square, which can take up to six hours to make, Lam captures the vulnerability of these lights with a certain irony. The massive metallic structures appear in tiny, handcrafted pieces of paper. 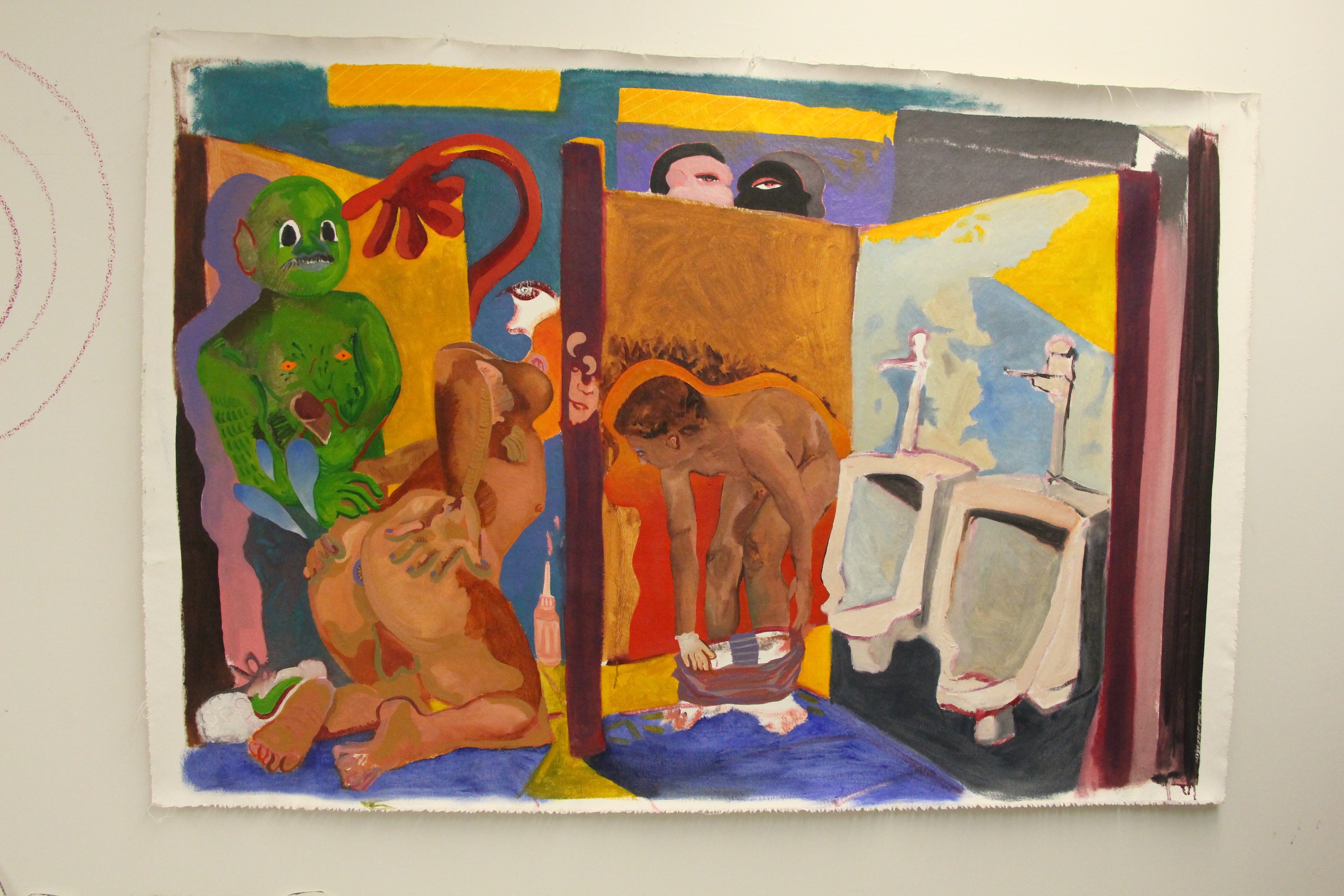 Joyce Lung, a second year student in the Ceramics department and another Hong Kong native, also links her work to her home. She especially focuses on the tradition of employing full-time domestic workers, usually from abroad, and how this affects their human rights and identity in relation to the family that employs them.

Lung longs for comfort and love from Susan Capuyan, the Filipino woman who worked for her family for 22 years and is somewhere between an employee and a family member. Yet she never forgets that their relationship is transactional. In her studio in the Columbus building’s mezzanine, she displays deliberately ambiguous objects. One of her pieces is not quite a stool; another is almost a furnace.

Perhaps the most striking work in her studio is her “To-do list,” a sheet of cloth rolled into itself like a scroll, with hundreds of chores stitched to it in red thread. Because we can only read a few of them, we know the tasks go on and on.

“My mom just gave her commands without thinking how much effort and time these tasks took. I embroidered them all and it actually hurt and took a lot of time, about a week of intensive work,” said Lung.

While some artists presented work inspired by their places of origin, others made their studios feel like a second home. Sara Salass, a second-year student in the Ceramics department, greeted visitors in a pink-walled workspace with glittery inflatable couches. Matching the color scheme was an installation made with several giant porcelain Sweetheart candies. She replaced the usual Valentine’s Day phrases with biographies and dating app messages. Sentences such as “Im going 2 tounge punch ur fart box” (sic) and “Happiness is a tight pussy” adorn the familiar heart-shaped sweets.

“I don’t think people realize how what you put online affects other people, and you can tell they wouldn’t say a lot of this stuff in person,” she says in her studio in the Columbus building’s mezzanine.

Another immersive experience occurs in Kin Lam’s studio. A student in the Sound department (or “MFA Noise,” as he indicates on a label in the entrance to his workspace), he creates interactive installations that explore the interplay between light and sound.

“This isn’t new, it has been done since the sixties, it’s just physics,” he says to visitors in his studio on the 10th floor of the MacLean building. While that may be true, his work is no less fun as he encourages you to step on several distortion pedals, touch cable jacks, and even put your hand close to the long LED lights to change the noise emanating from a small guitar amp.

Then there are those, like Shinnosuke Miyake, who aim to surprise. Upon entering his studio in the basement of the Columbus building, a 12-foot black orb greets the visitors. Every time someone asked him about his work, he would reply with the same question, “have you seen the back?”

After observing the sphere on the opposite side, a large valve can be seen. At that moment, the Sculpture department student reveals his secret: It is a giant beach ball that he bought for 90 dollars on Amazon and painted black with acrylic and sand.

“I like to work with illusion,” he said, “it seems so heavy, but it is actually weightless.”

Because of the sheer size of the event, every single viewer’s experience was different. Some visited their friends’ studios, others sought work of artists unfamiliar to them. Some people perhaps adored artwork that others merely glanced at on their way to somewhere else. Still others were simply amazed by how much studio space the school boasts. Regardless, the audience did share one element in their viewing experience: a curiosity for what the next room had to offer. 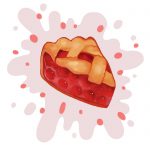