Sophie Lucido Johnson (MFA 2017) is the ultimate cool kid and constant source of inspiration for the F Newsmagazine staff. As our former Managing Editor, Johnson worked tireless hours editing pieces for others as well as writing and illustrating her own. She’s also an avid blogger, journalist, comedian, and author of “Many Love: A … 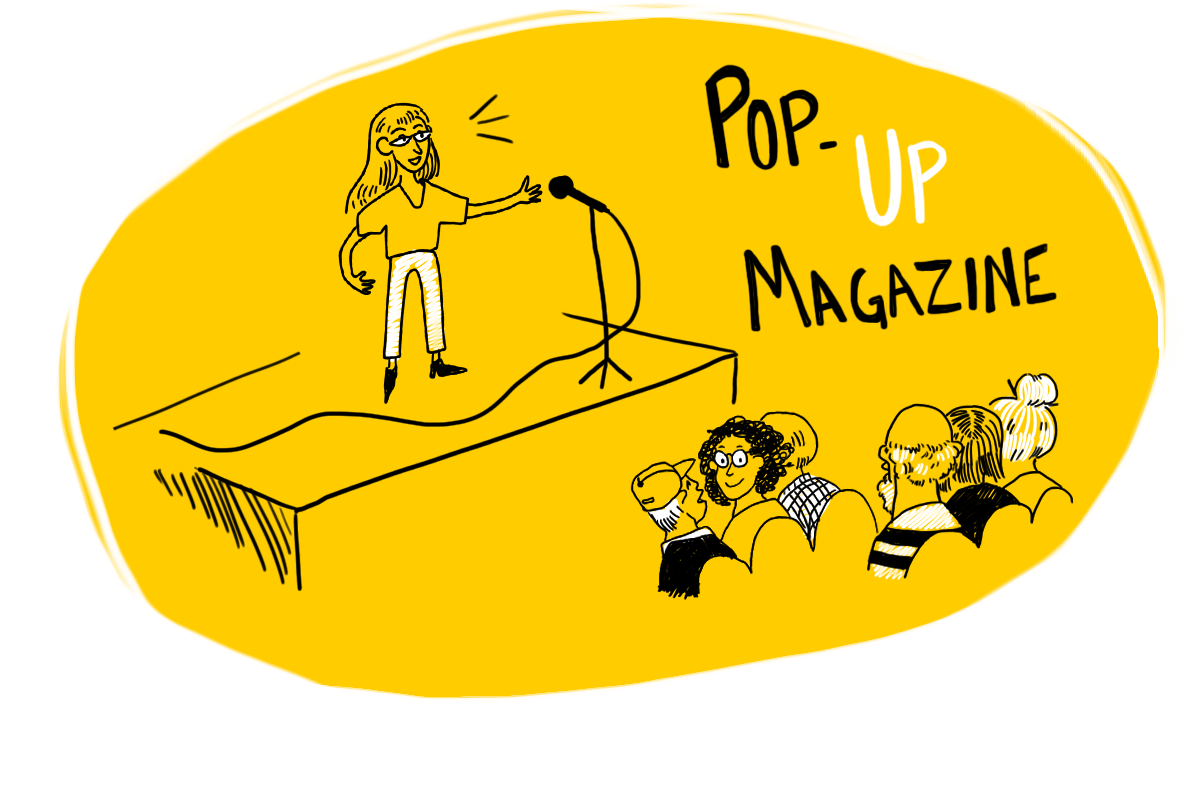 Sophie Lucido Johnson (MFA 2017) is the ultimate cool kid and constant source of inspiration for the F Newsmagazine staff. As our former Managing Editor, Johnson worked tireless hours editing pieces for others as well as writing and illustrating her own. She’s also an avid blogger, journalist, comedian, and author of “Many Love: A Memoir of Polyamory and Finding Love(s),” a graphic memoir that explores sexuality and society.

Johnson will be debuting a brand new piece inspired by a former professor and current friend and neighbor at the Chicago leg of Pop-Up Magazine’s fall tour this Thursday October 18. Pop-Up Magazine is a one-of-a-kind theatre show that focuses on live storytelling and the magic of being in the moment.

What audiences see changes from city to city as the show acts as a space for writers, producers, photographers, illustrators, and artists of other mediums to perform stories together. Nothing is off the table. Media makers of all backgrounds perform their narratives live with scoring provided by their house band Magik*Magik.

“The way that we like to describe it is if you imagined a beautiful glossy magazine that has become three-dimensional and come to life onstage,” Pop-Up Magazine’s Senior Producer Tina Antolini told F Newsmagazine. “It’s a series of eight to ten stories being told live on stage and we project images for each story. That can mean film or illustration and animation; media stories unfolding in real time.”

Antolini  said one of the goals of the magazine was to get people talking to one another. The idea was that you’d be able to connect with the storytellers and media makers in person whereas if you wanted to connect with a writer or an editor for a print magazine you’d have to figure out a way to reach them.

According to Pop-Up Magazine’s website the idea began as a hobby that grew into their first show held at a small theatre in San Francisco and eventually, became a sold-out hit filling 2,700-seat symphony halls. Today, the show travels to cities across the country and works with everyone from Oscar-winning filmmakers to New York Times bestselling authors.

Sophie Lucido Johnson had seen Pop-Up Magazine before and was inspired by the concept and texture of the show. Later her publisher sent the Pop-Up team a copy of “Many Love,” which led to Senior Producer Anita Bodejo contacting Johnson to ask her to pitch them something. The piece that Johnson will read on Thursday was inspired by SAIC visual communications instructor Margaret (Peggy) Macnamara.

After stalking Macnamara for long enough, Johnson earned an invite to Easter dinner. Easter was no small affair and included over one hundred guests, homemade cinnamon rolls, and an authentic Easter egg hunt. Macnamara’s southern style mansion-esque home in Rogers Park inspired Johnson to move to the neighborhood and it was during one of her morning cinnamon roll rendezvous that she noticed a sign hanging that said “prayer porch: 6:30 a.m. – 7:00 a.m., every morning.”

“Our generation doesn’t do this – gather and share warmth and read out loud – everything is about our egos all the time,” Johnson said. “I go pretty much every morning and so I’m doing a piece about it. The illustrations will be projected and a really great sound recorder came and recorded so there are live sounds that go with it.”

Johnson said she still feels nervous talking about religion in a secular society. She isn’t religious herself but appreciates the sense of community that the morning meetings bring.

“In ancient times artists believed they were inspired by geniuses that were giving them ideas but we think that we make our work and that we are somehow special or better or important because we make things,” Johnson said. “I think that people should love themselves certainly, but if you are your work and you make something you’re not proud of you’re so hard on yourself, it can be dangerous.”

Immediately following the show audience members are encouraged to stay and chat with the Pop-Up Magazine contributors. 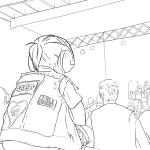 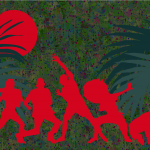