In the face of an abortion ban, the effort to prevent pregnancy and dangerous home abortion will be dependent on us: the resistance.

The looming loss of reproductive rights after the confirmation of conservative Supreme Court Justice Brett Kavanaugh is terrifying and real. Kavanaugh, who referred to birth control as “abortion inducing medication,” was chosen specifically for his comments on presidential powers and reversing Roe v. Wade — the historic 1973 Supreme Court ruling that deemed interference with abortion access violates the right to medical privacy guaranteed by the 14th amendment.

While reversing Roe wouldn’t make abortion illegal, its reversal would allow all state laws put on hold by the ruling to go back into effect, and states to rush through prepared legislation to ban abortion (think: typing a response on your phone in anticipation of needing to send it). Such pre-planned legislation is called a Trigger Law. Trigger Laws would ban abortion in 13 states, four of which have prepared new legislation in hopes that Roe is overturned, seven of which have promised to create abortion-banning legislation, and nine with pre-Roe trigger laws still on the books. For example, if Roe were overturned abortion would be immediately illegal in Alabama, punishable by a fine and possible imprisonment, and a 2007 law in North Dakota would almost completely outlaw abortion. Meanwhile, in Washington state, citizens would be protected by a 1991 state law ensuring the right to choose.

It is unclear whether all of the remaining 38 states would protect abortion access. Some 17 states have laws in place guaranteeing the right to an abortion. But traveling in-state, let alone flying across the country, isn’t an accessible option for most Americans.

There is a rich history pre-Roe of people helping each other have access to healthcare; it’s what we’ve done to survive in the face of the patriarchal stripping of our bodily autonomy.

While access to abortion is a primary concern in the wake of the Kavanaugh confirmation, general healthcare is also under threat. Our country’s limited sex-education — particularly around uteruses and vaginas — combined with a history of uterus-bodied people being ignored or violently treated by doctors has effectively boxed them out of dialogues on sexual health.

This historic book from the Boston Women’s Health Collective has been an essential resource for gynecologic and obstetric health information since its first publication in 1970. Originally sold for 75 cents, the book was updated annually until 2011 and online until this year.

Included in the book is a comprehensive overview of uterine health. This includes information on safe contraception methods, as well as home care tools like the Del-Em, emergency contraception, and medical abortion.

I suggest purchasing a used copy of “Our Bodies, Ourselves” from a second-hand bookstore like Thriftbooks. There’s something really affirming about holding a used copy of the resource: It connects you to a siblinghood that shows you’re not alone.

As the U.S. moves away from accepted science in favor of conservative religion and capitalist, pharmaceutical profits, the World Health Organization has become an especially important resource. On the WHO website, you can find research on the safety of abortion, statistics on medical and home abortions, and guides to accessing contraception, abortion, and gynecologic/obstetric care.

A new website created by WHO offers PDF- and web-based interactive guides developed by medical professionals with information on reducing the number of unsafe abortions, and instructions on how to be safe yourself.

Planned Parenthood provides a vast number of online resources for free. On their site you can access information about all of the legal obstacles to abortion, like the Hyde Amendment and 20-week bans.

Through their app, Spot On (available for free in the App Store), you can keep track of your birth control and body state, as well as contact trained “Planned Parenthood Experts” for advice on how to respond to health issues or changes.

There are three ways to induce abortion: medical (pills), surgical (in-clinic, often by suction), and home (physical, chemical, or herbal). Home abortion methods are extremely dangerous and are performed through physical violence or poisoning. They often involve blunt force from objects like coat hangers, which run the risk of death, seizure, internal bleeding, and loss of fertility. The extreme danger of home abortion is the precise reason keeping abortion legal is so important in the first place. Abortions will happen whether they are legal or not; legalization provides access to abortions that are safe. The pills, like any medication, don’t come without risk. However, the risk is low. Legal abortions are safer than giving birth or having a colonoscopy.

One of the best ways to reduce the risk of unsafe home abortions is to educate yourself on how to safely access an abortion by pills. Abortion by pill is safe for up to 10 weeks of pregnancy, though the World Health Organization’s guide recommends it up to 9 weeks (there is about a five percent drop in effectiveness between weeks 9 and 10). Mifepristone and Misoprostol are prescribed together in the United States, though Mifepristone may only be taken at clinics, hospitals, and doctors offices. Patients then take a dose of Misoprostol at home. The pills cause contractions of the uterus and shedding of the lining, which removes an embryo in a similar fashion to a heavy period.

Abortion by pill can be obtained through a healthcare provider. Planned Parenthood is one of the most cost-effective organizations providing access to the abortion pill(s).

In the United States, it is illegal to obtain abortion pills without a prescription from a clinician, or to take Mifepristone outside of a physician’s office. However, those seeking access to abortion pills outside of the physician’s office, an illegal act that F does not condone, may find information on safe access through the International Women’s Health Coalition.

The best way to avoid needing an unattainable abortion is to not get pregnant. While there is no way to completely prevent pregnancy, there are options that come close. As mentioned above, Planned Parenthood has a comprehensive guide to all of the birth control options currently available.

I’m a strong proponent of the IUD. It is over 99% effective, has minimal side effects, and may help protect you from cervical cancer. Some common fears about the IUD:

Foreign object in the body: Yes, the IUD is a foreign object in your body. It is not any more foreign than tampons and pads, whose contents are unregulated. Yes, it contains plastic, just like condoms, lubes, and sex toys. IUDs and condoms are regulated by the FDA as medical devices, but sex toys, tampons, and pads are not.

Foreign hormones: The hormones in the IUD are the same in Plan B and many birth control pills. Hormonal IUDs — like Skyla, Mirena, and Kyleena — continuously release a super low — lower than birth control pills — dose of a hormone called Levonorgestrel. Levonorgestrel prevents the uterine lining from building up enough for a fertilized egg to stick around. If you don’t want hormonal birth control or are sensitive to hormones, get the copper IUD, the Paragard. The Paragard is good for up to 12 years and has no hormones at all. Word to the wise: The copper IUD increases your risk of bacterial vaginosis infections and can increase the intensity of period symptoms.

Scary insertion: The insertion process is different for everyone. For some people, it’s painful, for others, it’s next to nothing. But it’s a lot less scary than giving birth.

Depending on the brand, IUDs can provide consistent, maintenance-free birth control for anywhere between 3 and 12 years.

The birth control implant is a great option for people whose uteruses are too small for an IUD, just don’t want an IUD, or have a pelvic disorder that makes insertion difficult. The Nexplanon releases progestin, a hormone that thickens the mucus of your cervix and prevents ovulation. The implant is about the size of a match, and is inserted into your bicep. It lasts for 5 years.

Nurx is a web-based service that provides birth control consultations with doctors and prescriptions online, then delivers your prescription to your door. This is a great option if your local clinic is shut down, your state’s laws around contraception impede access, or your employer-provided insurance excludes birth control. Nurx allows you to access birth control from home with or without insurance.

Emergency Contraception: Plan B and its Generic

Emergency contraception can be purchased at your local pharmacy and works for up to 72 hours after unprotected sex. Commonly referred to as Plan B, the emergency contraception pill is different from the abortion pill in that it doesn’t end an existing pregnancy. Instead, it provides a high dose of Levonorgestrel that prevents a fertilized egg from implanting in your uterus.

Plan B costs between $38 and $50 for a single dose. Its generic, My Way, costs about $10 per dose on Amazon.com, though it averages at about $48 a dose in-store. Both can be purchased on Amazon.com, at a grocery store’s pharmacy, or at a traditional pharmacy. Plan B and My Way have four-year shelf lives. This means you can throw a box in your cart at the grocery store every few trips and save up boxes of emergency contraception. You can also provide an emergency contraception response to friends if it becomes unavailable in your area.

A caution: Taking multiple emergency contraception pills will not cause an abortion. It can poison you. Abusing this method is neither a safe nor effective way to end an existing pregnancy, and shouldn’t be used as such.

If you made it to the conclusion …

Besides physical activism, the best thing to do to protect abortion rights is to educate yourself so you can keep your community safe. In the face of an abortion ban, the effort to prevent pregnancy and dangerous home abortion will be dependent on us.

To reiterate, F News in no way endorses non-medical abortions and abortions not approved, provided, or prescribed by a trained medical professional. Alternatives to medically assisted abortion are deadly and should not be attempted. 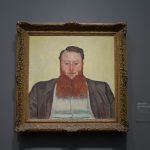 Ten Mildly Spooky Artworks at the Art Institute of... 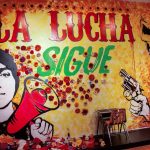