No Room at the Inn for Fair Contracts

The Chicago hotel workers’ strike is the largest the city has ever seen. 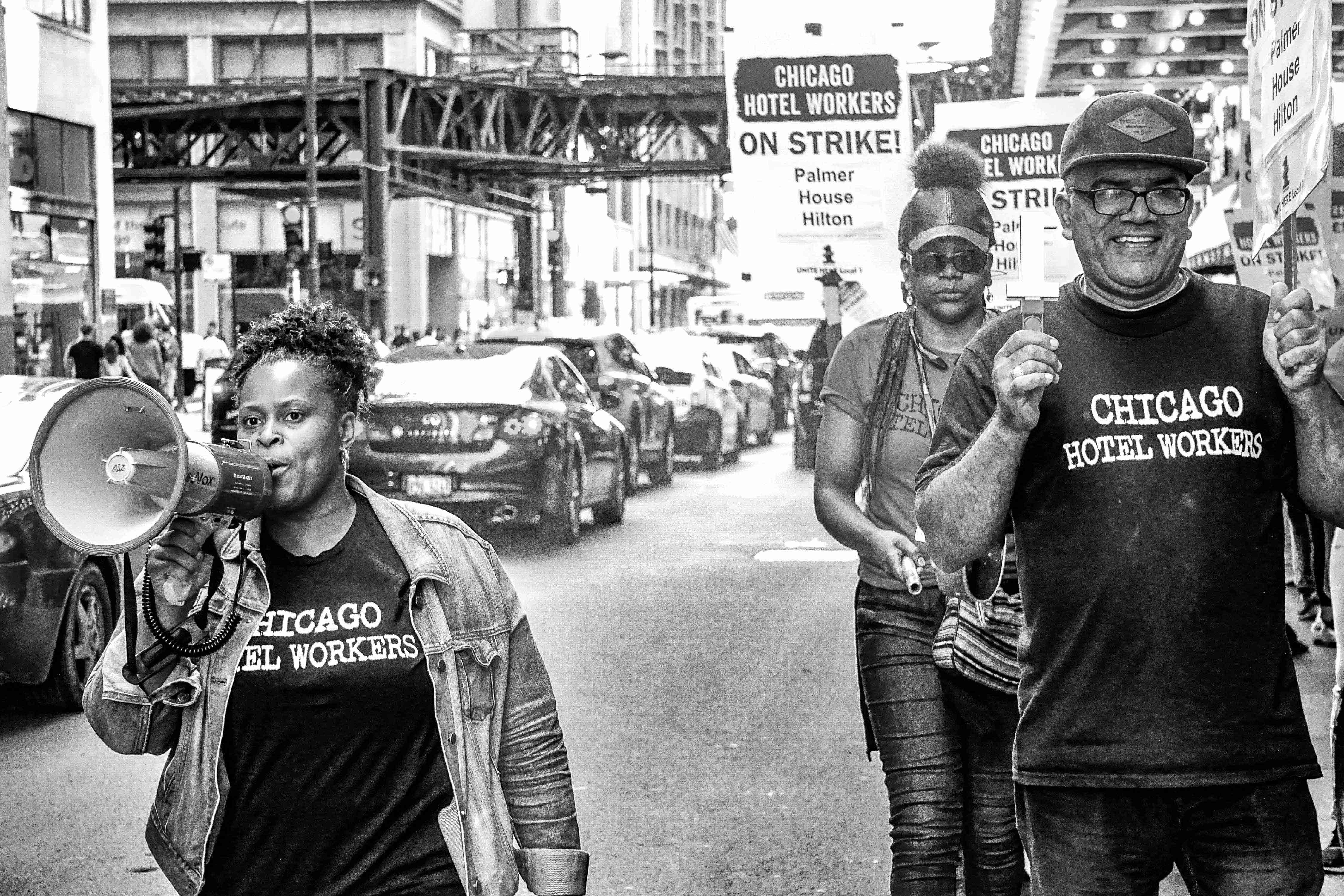 A new sound has been echoing across The School of the Art Institute of Chicago’s bustling campus. You’ve probably seen or at least heard protesters chanting, blowing whistles, and banging pots outside of the Palmer House Hilton (across the street from the school’s Sharp Building), or at other major hotels in the Loop area. These protesters are employees of the hotels they are surrounding, and are striking because they feel cheated out of fair benefits by their employers.

The hotel strikers want an updated contract with their employers that guarantees healthcare through winter months. Past employment contracts, which expired on August 31, dictated that part-time employees receive no healthcare in the off-season (October through March). Until these employees are asked to return in the spring, they pay for family medical bills out of pocket. Strikers are also asking for more sick days, seven instead of four, and a dissolution of the $50,000-per-year maximum wage ceiling that has recently been proposed by employers.

The Chicago Hotel Workers strike is backed by a multi-state union and an international union, both for the service industry. The Local 1, a part of the Unite Here union, is made up of over 15,000 hospitality workers throughout Chicago and Northwest Indiana, and the Unite Here union encompasses workers all over North America. Unite Here’s last strike was the “Hands Off Pants On” movement, which began in 2016 and was centered around ensured safety against sexual harassment from guests. This movement ended victoriously with the passing of a new law in July that requires all Chicagoland hotels to provide housekeepers who work alone with panic buttons.

The current strike is occurring at 26 hotels across the city, which makes it the first city-wide strike of hotel workers
in Chicago, as well as in Unite Here Local 1’s history. Of the 26 hotels striking, two are owned by the family of gubernatorial hopeful, JB Pritzker. The Hyatt hotel chain, to which Pritzker is heir, is currently striking at the Hyatt Regency Chicago and Hyatt Regency McCormick Place. When asked about his opinion on the strikes, the JB Pritzker campaign released this statement:

“JB stands with the labor movement across Illinois in the fight for better wages, benefits, and working conditions. While JB has never had a management or leadership role in Hyatt, he hopes all parties will negotiate in good faith and that a fair contract can be reached as soon as possible. As governor, JB will work to put Springfield back on the side of working families and will always defend the rights of working people to come together and demand a better future.”

JB has voting rights as a shareholder, but agreed in 2009 to automatically vote with the Pritzker board, assuming there is a board majority. This means that JB will automatically be taking the side of the management in any vote. However, he needs labor support to run a successful campaign. It remains to be seen what role, if any, the heir will play in union negotiations.

Strikers have been outside hotel entrances since 5 a.m. on September 7. They will remain there, 24 hours a day, until they are able to negotiate contracts they feel are fair. One phrase that seemed encompassing of the movement was “as long as it takes.” This was an answer I received frequently when questioning how long groups planned to stay striking, and the answer you’ll receive if you call Unite Here’s information hotline.  According to strikers at the Palmer House they wouldn’t have done this if they had any other choice.

This movement is deeply personal for the strikers involved; some feel betrayed by the employers they’ve shown so much loyalty to.

“I’ve been working at this hotel for eighteen years, but some of these people [striking] have been here for 30 and 40 years. We’re fed up with being treated inhumanely,” said a woman on the sidelines of the strike, while pointing out to F Newsmagazine a man in a wheelchair who had been working there for almost 60 years.

Rashanda, one of the leaders of the group protesting outside the Palmer House explained that 97% of the employees were currently striking, while the remaining 3% of the management have been left scrambling to clean rooms and accommodate customers.

Some employees of Hotel Kimpton Allegro who are not on strike feel that strikers’ demands are irrational and unfair. “They just want more hours, and our employers aren’t able to provide them with those hours, so they’re upset,” an attendant in the Kimpton lobby told F Newsmagazine. The strike had been voted for and authorized by the union on August 15, two weeks before the contracts expired. According to Hyatt Representative Michael D’Angelo, negotiations with Local 1 were occurring and had already been scheduled through September at the time when the strike began.

Marriott International ratified a contract with the union, ending protests at six of the currently striking hotels on September 20. The rest of the strikers remain unwavering and confident that their conditions will be met. “We’re not stopping until we come to a conclusion with employers. We’ll be out here for as long as it takes,” said striker Sarah Lyons.

News No Room at the Inn for Fair Contracts
« Previous Story 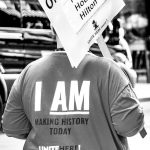