Shannon Waldman reflects on the discussion at the panel’s April event. 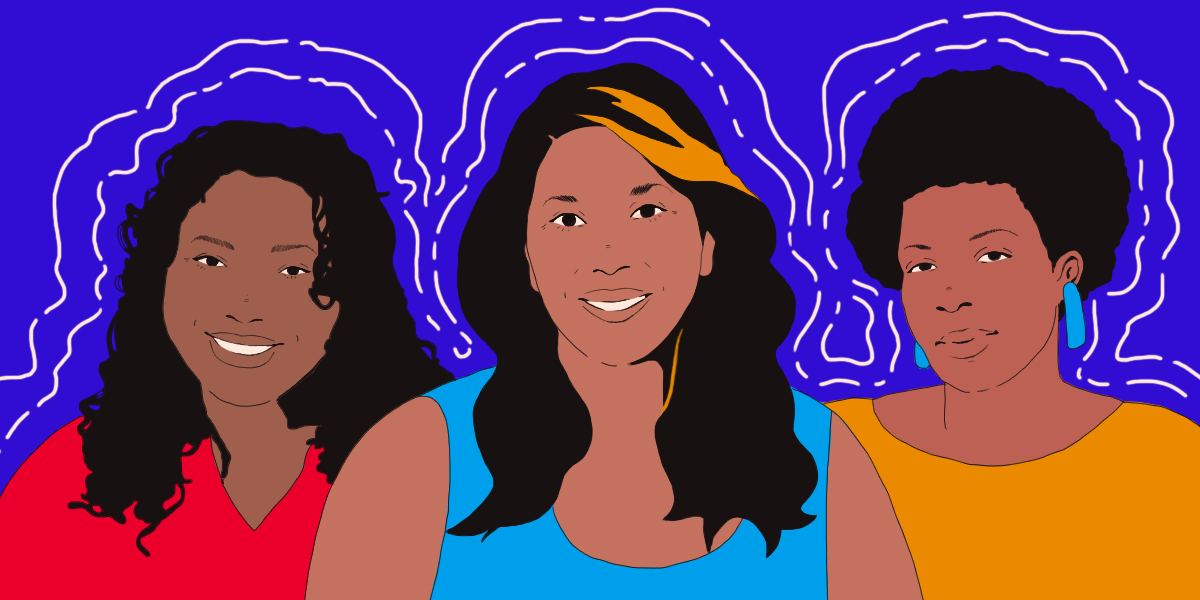 The seats in the MacLean ballroom were filled; audience members were gathered to witness “Doing the Work: Re-Contextualizing Sustainability and Inclusion,” a panel of women arts administrators of color organized by second year MA Arts Administration and Policy students Wisdom Baty, Israel Pate, and Adia Sykes, on Monday, April 9th. The administrators onstage were Tracie D. Hall and Angelique Power, who, in a conversation moderated by independent artist and arts administrator Kamilah Rashied, highlighted their work in Chicago’s cultural landscape as women of color in arts administration. The conversation was aimed to provide inspiration for the next generation of women of color as they begin their careers as curators, development leaders, and executive directors.

Hall, Director of the Joyce Foundation Culture Program and Founder of Rootwork Gallery, began the conversation on a light note: “The MacLeans must have really liked electricity!” she commented, gesturing to the exorbitant light fixtures adorning the ballroom. After the laughter from her co-panelists died down, Hall reminded the audience that the beautiful space they were gathered in was also the site of historic trauma: the exploited labor of day workers as well as the injustices faced by indigenous populations, forcibly removed from the land — a sobering reminder that the past is certainly not past. The balance between the light-hearted remarks and serious notes of injustice was an exceptional — and humbling — reminder of why conversations such as “Doing the Work” are necessary today.

The rapport among the panelists was palpable, and the conversation moved easily between anecdote and advice for burgeoning arts administrators. Sykes reflected that after the panel, “the kind of alchemy that happened up on that stage between Tracie, Angelique, and Kamilah was nothing short of spiritual –especially for administrators of color who don’t see people like them reflected in the panels and discussions, and [that] often happen on campus and really around the city.”

In her initial prompts, Rashied asked Hall and Power to comment generally on their practice as women of color in arts administration. Power, President of the Field Foundation of Illinois, remarked that she wanted to dismantle larger systems of oppression in her field stating simply: “I want to have done some undoing.” Power went on to describe how her role as a community organizer in philanthropy is in large part about “resisting complicity” in the face of injustice. She spoke to the positive impact participating in racial justice trainings has had on her work and shared that she now encourages her team to attend racial justice trainings. Power recalled one such training was scheduled immediately following the 2016 Presidential election. Though the training was particularly tense given the uncomfortable reality of the Trump administration, it also served as a reminder that sitting through this discomfort is necessary work to imagine new futures.

Baty reiterated the need for conversation as well as for continued allocation of resources for folks doing visibility work, and expressed hope that “the biggest takeaway from the Doing The Work panel would be to push forward the discussion surrounding validating black voices, and more specifically, listening and recognizing black women as the experts in the room.”

Hall, Power, and Rashied all shared at length that the bulk of the institutions they work in are just beginning to catch onto the work necessary to reverse the centuries of gender and racial injustice they have perpetuated. In the present cultural climate, these leaders’ dedication to creating platforms for justice in the arts and humanities is the beacon these fields are craving. As a call to action, Hall expressed her deep commitment to research as a tool for resistance, reminding the audience, “Don’t play with numbers. Know them.” This remark was reflective of the panelists’ devotion to data as a grounding for anecdotal evidence on topics ranging from public theatre to micro-aggressions.

Since the panel, Baty, Pate, and Sykes have reflected that they hoped the conversation would continue beyond this event. Pate voiced that she hopes that “the conversation shed layers between what it means to be established in your career and what it actually looks and feels like.” Skyes echoed this statement: “I hope that the event catalyzes a sort of movement towards some sort of continued discussion about similar topics and that we recognize the need to form connections and networks that women of color in the arts can readily access.”

The conversation ended with a standing ovation from the audience that was not only for the panelists, but the organizers as well. Baty, Pate, and Sykes coordinated a panel that not only “shine[d] light on the strategies used to re-contextualize art spaces that center marginalized communities,” as the event’s poster advertised, but they also created an electricity that encouraged the audience to do their own work as soon as they left the ballroom. After all, as Power reminded the audience, “Legacy is the work you do while you’re living.” 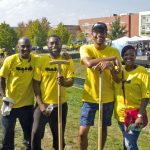 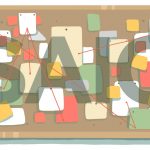 How To Facilitate a Strategic Planning Process

One Response to Doing the Work