A Year With: ‘Waitress: The Musical (Original Broadway Cast Recording)’ 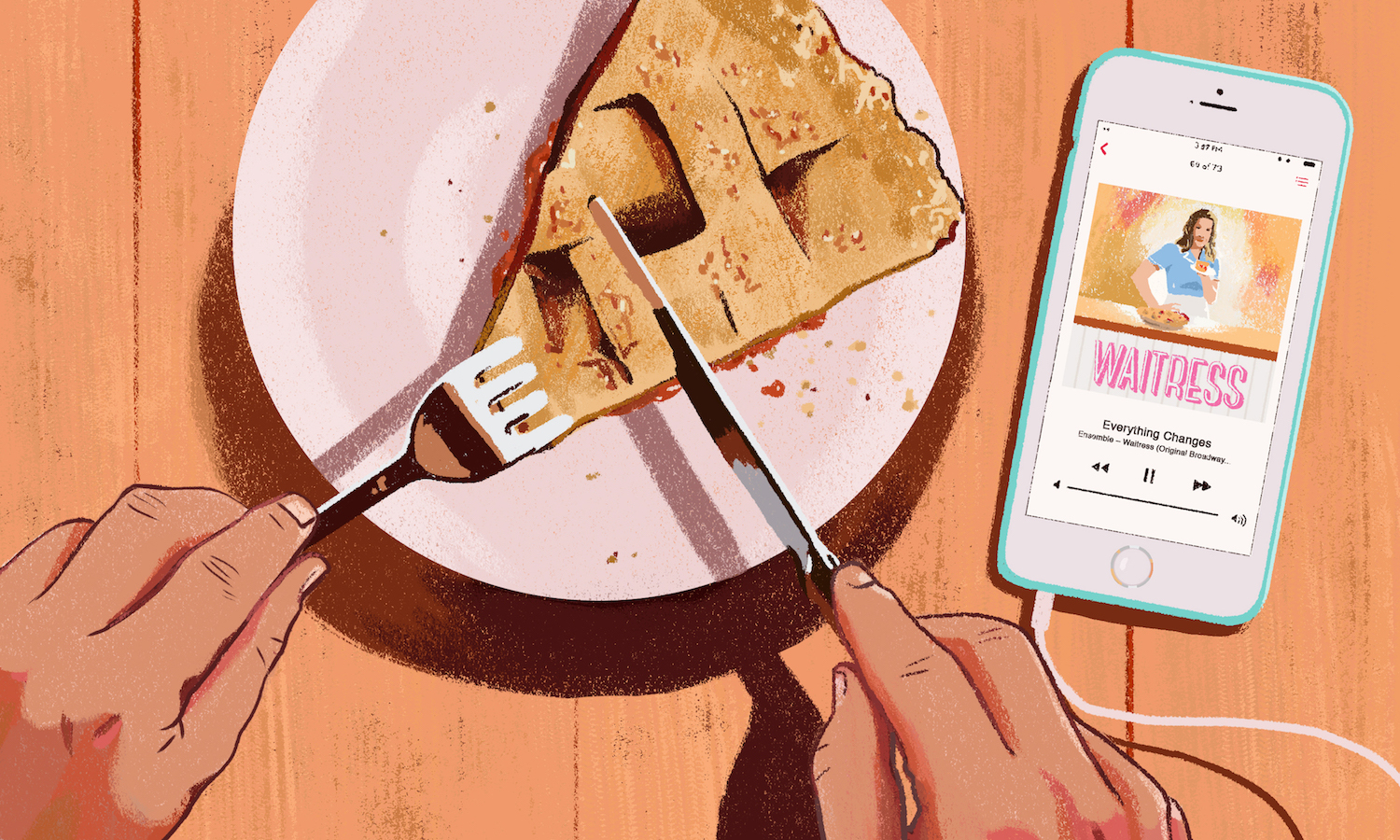 Ask any second-year grad students at The School of the Art Institute of Chicago (SAIC) what the past two years of their life has looked like, and you’re probably going to get a variety of answers. Some will have hated every moment. Others loved their time here.

As graduation approaches, I look back at my time in the MFA Writing Program and find myself at a loss to articulate exactly how I feel. The past two years have been a whirlwind of change and challenges. As a full-time grad student with two part-time jobs, various freelancing gigs, my own artistic practice, and a full-time professional acting career I stubbornly refused to put on pause, I’ve had a lot on my plate.

Add the inevitable ups and downs of life, and it’s no surprise that I am struggling to process it all. Maybe that’s why the music that’s served as the soundtrack to my the grad school experience has meant so much. Just as the score to a movie can articulate the emotions of individual scenes, the tracks I’ve listened to as I’ve commuted at five in the morning, or had on in the background while writing, sang in the shower, or listened to as I’ve cried, have all served to reflect on and help me understand what exactly it is I’ve been feeling.

That’s where the original Broadway cast recording of “Waitress: The Musical” enters the conversation.

As I’ve mentioned, aside from being a writer, I am also an actor. I’ve performed on stage and screen since 2008 and studied Theater and International Film & Media Studies in undergrad. I’ve always had a passion for musical theatre, even if I rarely get to perform in musicals.

Similarly, I love movies. I remember watching the film “Waitress” when it first came out in May of 2007, just as I was graduating high school. The film, starring Keri Russell and Nathan Fillion, centers around a small town waitress named Jenna (Russell) who has a gift for baking pies. She creates recipes for her pies based off of her own life and emotions with varied ingredients, processing the joy, grief, and struggles of her life into delicious concoctions that allow her an escape from her unhappy and abusive marriage. It’s a bittersweet dramedy (written and directed by the late Adrienne Shelley, who plays Dawn in the film as well), that centrally features one of my absolute favorite things: pie.

Nine or so years later, Broadway producers had turned their eye to “Waitress” for development into a stage musical. Not only that, but the composer signed on to write the music for it was none other than Sara Bareilles.

I first fell in love with Bareilles the fall of my freshman year of college, coincidentally, also in 2007. Her first album, “Little Voice,” — along with Ingrid Michaelson, the “Across the Universe” soundtrack, and the Original Broadway Cast recording of “Spring Awakening,” (in case you were wondering, yes, I am a twenty-something gay man) — was the soundtrack to my first year of undergrad.

Her next album, “Kaleidoscope Heart” got me through a major rough patch following graduation. So, when Bareilles released “What’s Inside: Songs from Waitress” in November of 2015, of course, I listened to it on repeat, becoming obsessed with the music, memorizing the lyrics, and singing the songs in the shower.

If the title wasn’t clear enough, “What’s Inside: Songs from Waitress” featured songs from the (then) upcoming musical that Bareilles was writing for. With the exception of one duet featuring Jason Mraz, the album consisted of Bareilles vocally performing all of the different characters’ songs from the play. It basically functioned as a concept album.

At this point, I was three months into a relationship with my first serious boyfriend. We’d listen to the album together. He had a thing for Jason Mraz (which in retrospect should have been some kind of warning sign). His favorite song was the love duet “You Matter to Me,” which features the lyrics: “Come out of hiding, I’m right here beside you / And I’ll stay there as long as you let me / Because you matter to me.”

It’s a beautiful song. That spring, I found out I was accepted into the MFA Graduate Writing program here at SAIC. The stage musical officially opened on Broadway with Jessie Mueller, a Tony award-winning actress from Chicago, playing the lead role of Jenna. On July 1, 2016, the original Broadway cast recording was released. As our one year anniversary arrived in August, my ex and I would listen to the various cast members singing the songs we’d listened to Sara Bareilles sing.

Broadway actor Christopher Fitzgerald plays the role of love-sick Ogie, singing “Never Getting Rid of Me.” Ogie sings: “I’m gonna do this right / Show you I’m not moving / Wherever you go, I won’t be far to follow / Oh, I’m gonna love you so / You’ll learn what I already know / I love you means you’re never, ever, ever getting rid of me.”

By the end of August, I had started my first semester of graduate school, and by October my ex had cheated on me while I was out of town for a gig. The irony of his favorite songs, when contrasted with his infidelity, was not lost on me, and for a considerable while I had to skip these tracks.

This had been my first serious relationship. He’d met my family, been my date for multiple weddings, was my first ‘I love you,’ the whole shebang. When things ended as they did, I found myself reeling. I lost myself. All of a sudden, the song “She Used to be Mine” felt painfully relatable: “If I’m honest, I know I would give it all back / For a chance to start over / And rewrite an ending or two / For that girl that I knew.”

One of the good things about being a writer, especially in an MFA program at an art school, is that it provides you with many opportunities for processing painful emotions in creative ways. It allows for you to find yourself through creating. That’s exactly what I did. I’ve written about the end of my relationship in various ways and genres, all the while, I’d find myself listening to the cast recording of “Waitress.”

It’s been a rough two years since I’ve started grad school and since the “Waitress” album came out. If nothing else, it’s been productive. I’ve grown and been challenged. I’ve gotten stronger. I’ve learned a hell-of-a-lot about myself as both a person and a writer.

With graduation just about a month away, and a future that holds who-knows-what, the only thing I know I can count on is that, much like the title of the penultimate track of the “Waitress” soundtrack, “Everything Changes:”

“My blurry lines, my messy life / Come into focus and in time, maybe / I can heal and I can breathe / ‘Cause I can feel myself believe / Everything changes / Oh my heart’s at the wheel now / And all my mistakes / They make sense when I turn them around / Everything changes / What I thought was so permanent fades / In the blink of an eye.”

These past two years have seemed both agonizingly long and to have gone by unspeakably fast. It’s true that, all the bullshit and pain that felt “so permanent fades.” Grad school is coming to an end “in the blink of an eye.” I can feel the ground moving under my feet and even as “everything changes,” I’m increasingly confident that as long as I remember that “I can heal, and I can breathe,” things will work out in the end. I’m even looking forward to graduating, to moving on, to finding some new ingredients to bake with. I’m confident that, when future me looks back on my time in Grad School, the soundtrack that will accompany my mental movie of flashback images will most likely be from “Waitress: The Musical,” and that thought makes me smile. 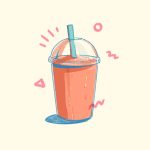