Grab some candy corn and get ready to smash the patriarchy: ’10 More Horror Movies Not by Straight White Men’ has arrived.

Last year, we brought you a list of ten Halloween films that could make your movie marathon and smash the white hetero-patriarchy. Well, ghouls and goblins, turn out the lights and turn up the volume, because we’re back at it again with a new list.

“Raw,” reviewed by F Newsmagazine two years ago, definitely made a splash in the horror movie world. Directed by Julia Ducournau, this French film tells the story of Justine joining her older sister, Alexia, at a prestigious college far from their controlling, vegetarian parents. The two sisters are studying to be veterinarians and struggling to reconnect. Eventually, though, they find themselves struggling to resist a desire to consume human flesh. Chock-full of disturbing imagery, bloody special effects, and layers of meataphor — er, metaphor — “Raw” is a must-see for horror movie fans with a strong stomach.

“Final Nightmare” was meant to be the last of the “Nightmare on Elm Street” movies, but this installment was so dang good that they had to keep making more. Christopher Nolan must have loved this movie, with it’s “Inception”-level layers of dreams within dreams (often to the point it’s no longer clear what’s actually real.) Freddy Krueger has killed every child in Springwood except for one. Why did he leave one alive? A psychologist and a team of troubled teens head into Springwood to try to find out, and encounter some A-plus special effects along the way. “Freddy’s Dead” features cameos from Roseanne Barr, Tom Arnold, Alice Cooper, and Johnny Depp. There’s even a Razzy-winning theme song by Iggy Pop, called ‘Why Was I Born?’ “Final Nightmare” is campy horror at its best and features some of Freddy’s all-time most-creative kills.

Comprised of four separate short films by four different female directors, 2017’s “XX” is a fun and varied showcase for these talented filmmakers. Kusama’s “Her Only Living Son,” Benjamin’s “Don’t Fall,” St. Vincent’s “The Birthday Party,” and Vuckovic’s “The Box” each utilize different tones, styles, and filmmaking approaches to explore a number of different themes. Each film centers around a female protagonist. Of the number of anthology horror films out there, “XX” definitely provides a fresh take worth checking out.

Few characters have become as iconic as valley-girl-cum-demon-killer Buffy Summers of “Buffy The Vampire Slayer.” Known primarily from the television show of the same name, Joss Whedon’s “Buffy” started as a riff on the slasher movie trope of the blonde, highschool girl who always ends up the killer’s first victim. It’s often overlooked that the character of Buffy first appeared in this 1992 movie directed by Fran Rubel Kuzui. While the film is sillier than the T.V. series, the cast is loaded with stars such as Kristy Swanson (in the title role), Donald Sutherland, Paul Rubens, Rutger Hauer, Luke Perry, Hilary Swank, and David Arquette. There’s  even an uncredited cameo by a young Ben Affleck. This gem from the early ‘90s is not to be missed.

The director of the cult-comedy masterpiece “Jennifer’s Body” tries her hand at some serious horror with “The Invitation.” It’s a masterfully-paced slow burn that plays like a stage-worthy chamber drama. Will is invited to a dinner party by his ex-wife and her new husband. There, he finds that his ex and her new hubby have gotten into some weird shit since he last saw them. Is Will imagining things? Or is there more to this party than it seems? “The Invitation” is one of our favorite horror films of the last few years, thanks to a tight script and Kusama’s smart and subtle direction.

Fans of horror classic “Carrie,” directed by Brian de Palma and based on the Stephen King novel, might find themselves wondering how a sequel would work. The fate of Carrie White — the bullied, telekinetic, teen — is pretty clear at the end of the first movie. Enter Rachel Lang, Carrie White’s half-sister, who is similarly bullied and psychic. If, after watching the original “Carrie” you find yourself in the mood for more popular kids getting their comeuppance, “The Rage: Carrie 2” is the perfect mixture of camp, gore, and late ’90s nostalgia.

Okay, so “Hannibal” is technically a T.V. show, but we wanted to include it because it’s some of the best horror we’ve seen. Bryan Fuller (creator of “Pushing Daisies,” “American Gods,” and “Wonderfalls”) takes the lore of Hannibal Lecter and gives us the prequel we never knew we needed. The series explores Hannibal’s career as a psychiatrist as he consults with FBI agent Will Graham to solve a string of murders. The series is a cult favorite because of the dark, romantic tension that underlies Will and Hannibal’s entire professional relationship; it turns out the by-the-book cop and the cannibalistic sociopath have more in common than they think. Mads Mikkelsen and Hugh Dancy are brilliant together, and it features a recurring role for Everyone’s Dream Queen Supreme Gillian Anderson. You might get so hooked that you finish the whole series by Halloween night.

This critically-acclaimed ‘60s-throwback is weird as hell — but in a good way. In “Love Witch,” what we laugh at in dated melodramas is used as a tool to take down the patriarchy. Elaine is a witch whose romantic history is covered in blood: Her well-meaning love potions just keep on killing the hapless men she tries to seduce. Biller explained the point of the project: “Men are known for being much less emotional than women, but in my experience they’re much more emotional. And that’s why they won’t, or can’t, open that gate – it would destroy them. And that’s what kills all the men in my movie – having to experience their own feelings.” If you’re up for a night of witchy pastiche and a buffet of dead dudes, “The Love Witch” is the strange and fantastic film for you.

After making “Pathogen” (2006), her first feature-length horror film at the age of 11, it only took director Emily Hagins five more years to release her third full-length horror movie, 2011’s “My Sucky Teen Romance.” The movie tells the story of a teenage girl named Kate who, after falling for a nice guy named Paul at a comic convention, finds herself turning into a vampire. While light on scares, “My Sucky Teen Romance” is heavy on charm. It’s a fun, vampire-filled, teen movie that benefits from the fact that not only are all of its stars teenagers, it’s also written and directed by a teenager as well. Hagins is an inspiration to aspiring filmmakers of any age. Every frame of “My Sucky Teen Romance” oozes with the affection and care of a filmmaker who’s creating something she thoroughly cares about.

You’ve seen “Get Out” already, right? NO? Go watch it, right now! When Chris meets his girlfriend’s parents, he tries to shrug off their awkwardly racist comments. However,  he soon begins to suspect that there’s something a bit more sinister going on than a bit of liberal tone-deafness. What follows is perhaps the most brilliant horror film of the last ten years. “Get Out” is a commentary not just on racism in America, but on racism in horror itself. Here, the “safe” suburbs aren’t just the place where the horror happens, they are the horror. There’s a reason everyone freaks out when you tell them you haven’t seen it. Do yourself a favor and make tonight the night. 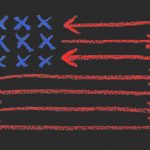 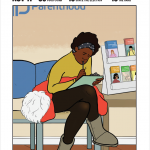