From One White Girl to Another: Please Stop

Hey Taylor Swift, we know you can’t come to the phone right now, but it’d be great if you would just take a second to reflect on some things.

Hi, this is Emily with F Newsmagazine. May I speak to Taylor Swift, please?

“The old Taylor can’t come to the phone right now. Why? Oh, because she’s DEAD.”

Stop fucking around, Taylor, I know that’s you.

If you haven’t listened to Taylor Swift’s new single, “Look What You Made Me Do,” or seen the video, consider yourself lucky. After a snake-themed viral campaign, Taylor Swift released the single and video — along with album art, release date, and tour announcement — on August 27, 2017.

You might be thinking, “I don’t get it: A snake theme?”

In order to fully explain the events leading up to Swift’s most recent questionable decision, I’d probably have to go back to her birth, but the brief version is as follows: Kanye West took the mic during her VMA acceptance speech in 2009, Swift and West eventually made-up and became friends. West, for his 2016 album, “The Life of Pablo,” asked Swift’s permission to use a controversial line about Swift in his song “Famous.” Swift later denied knowing about the line in question and condemned its misogyny before blasting West in her Grammy acceptance speech.

Unfortunately for Swift, West films everything he does. Kim Kardashian-West took to Snapchat to reveal footage from the phone conversation between West and Swift about “Famous,” liberally applying the snake emoji while doing so.

Swift would very much like to be excluded from this narrative, and yet here we are, in the next chapter of her own creation.

A quorum of Swift’s most dedicated fans have rushed to praise “Look What You Made Me Do.” Like amateur sleuths, code breakers, and champions of white feminism, they have combed through Swift’s lyrics and video to find its hidden meanings and messages of hope.

That’s a lot of effort to find something good about what is going on here.

As a musician and lyricist, Swift’s talents are undeniable: “1989,” the precursor to the upcoming album, “reputation,” remains a frequent listen in my household. However, “Look What You Made Me Do” showcases none of this.

As a person, Swift seems to be whatever she needs to be in order to get ahead. This trait isn’t condemnable on its own. For many people, especially women and other oppressed groups, it’s a necessity. There are many who wear this trait admirably, even. That being said, Swift plays the victim so frequently I’m starting to feel gaslighted.

I know she isn’t the victim 98 percent of the time (I made this statistic up). Yet she keeps telling me she is, and so do her fans. Even level-headed, fair critiques of her actions are dismissed as internalized misogyny. Part of this is rooted in her early career, when she was marketed as the innocent girl-next-door — crying onto her guitar and listening to Tim McGraw. More recently, Swift has been marketed as a fount of pure feminist thought which also doesn’t help matters.

The rest is rooted in her privilege.

There is nothing feminist, innocent, or redeemable about Swift singing the lyric “Look what you made me do” as she steals from artists of color — namely Beyoncé — as if the Wests or the media forced her to do so. As if the lyric wasn’t also used in “Encore,” Jay-Z’s song that did what she’s trying to do but better (I’m linking to a playlist of songs that did what Swift is trying to do better below — unfortunately Jay-Z is in competition with Spotify, so he can’t be featured).

If you’re going to disparage your detractors, make them ask for an encore, not silence. That is, if they can afford to see you live.

Adding insult to injury, Swift announced that chances of getting a ticket to her upcoming tour would be boosted by purchasing the newly rolled-out “reputation” merchandise in her online shop. In conjunction with Ticketmaster, Swift has effectively banned those who can’t afford the merch plus ticket price from her show.

So let me be very clear in my critique: I am all for taking criticism in stride, firing back, and/or stepping up to the haters. What Taylor Swift is doing is a sore attempt at any of these. In fact, what she is doing is wrong. She is taking advantage of her privilege to reallocate the blame for her actions, and those who suffer most from it are people of color.

Marketed as a role model, Taylor Swift is teaching her fans that if you’re white enough, pretty enough, and rich enough, you don’t have to take responsibility for anything. All you have to do is point and say, “look what you made me do.”

Beyonce, Kanye West, kim kardashian, Look What You Made Me Do, reputation, Taylor Swift

Entertainment From One White Girl to Another: Please Stop
« Previous Story 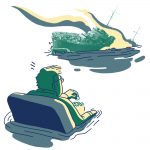 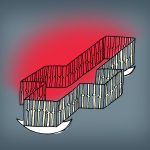