Getting ‘To the Bone’ of How Hollywood Depicts Eating Disorders

With “To the Bone,” Netflix finds itself in another controversy, this time surrounding the portrayal of a young woman with an eating disorder. 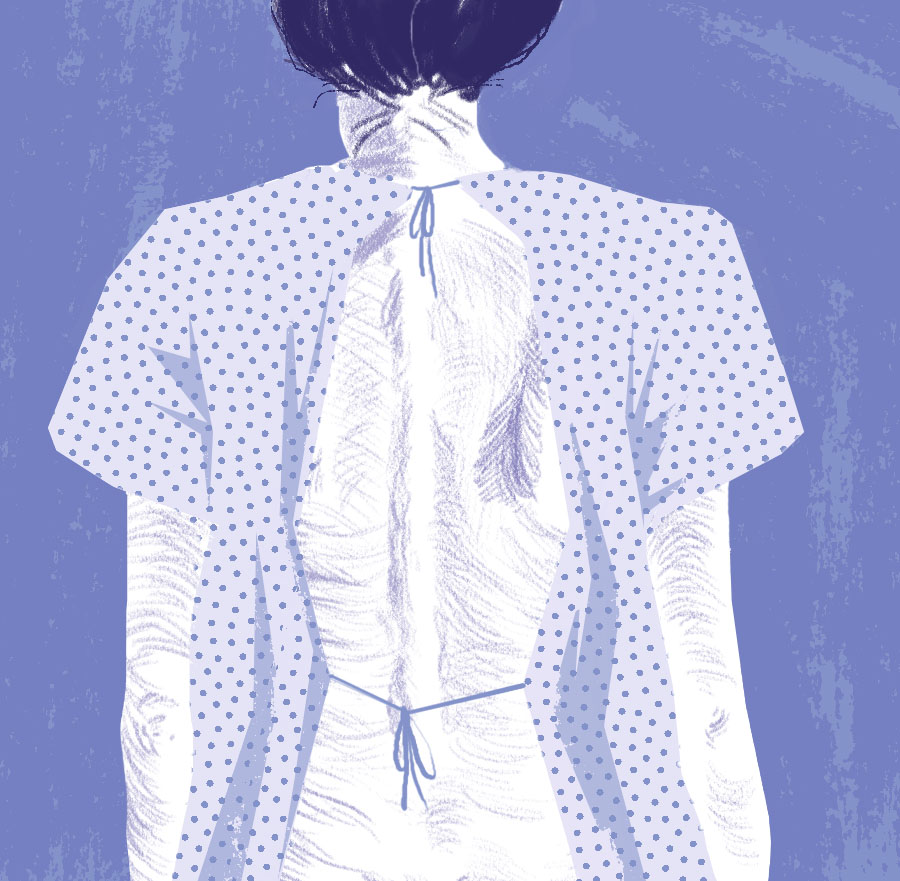 Unlike most Lifetime protagonists, however, Ellen isn’t a ballet dancer, gymnast, or a suburban do-gooder. She’s moody and sarcastic. After getting kicked out of her latest treatment center for making a collage that reads “suck my skinny balls,” Ellen’s stepmother enrolls her in a residential program lead by an “unconventional” doctor played by Keanu Reeves. Nearly all of the characters refer to Reeves as “unconventional.” Reeves, to his credit, works tirelessly throughout the film to assert himself as “cool” casually swearing and showing up to the treatment center in jeans and a flannel. While Reeves gives it his best “Dead Poets Society” inspiring nonchalance, Retta (of “Parks and Rec” fame) plays Lobo, a no-nonsense nurse who acts as a sensible anchor to Reeves’ inspiring diatribes.

The film is loosely based around writer/director Marti Noxon’s own experience with anorexia. Noxon told Collider, “I just really wanted to communicate that it isn’t about vanity. I think there’s a misconception that it’s all about the body and all about looks, and that’s just the entry level issue. You drop into something much more universal, which is, why are you doing something to not be present in your life? What’s the pain that you’re running away from?”

In addition to Noxon’s ten-year struggle with anorexia, lead actress Lily Collins has also been vocal about her own experiences with disordered eating. Collins still made the decision to lose weight for the film, otherwise relying on cheek implants and special effects to achieve a skeletal appearance. However, shortly after the trailer premiered in June, several mental health organizations were concerned that the film would be triggering for people who are recovering from an eating disorder.

Noxon explained her decision to make the film despite her personal  struggles to the LA times, stating: “Both Lily and I in deciding to make the movie had to evaluate, well, where are we in our recovery? Are we in a good place to make this? And we both felt really strongly that it was something we wanted to do and that would be good for us.”

While some are still apprehensive as to whether the film glamorizes eating disorders, others are praising the film for its empathetic, non sensationalized approach to the subject. Unlike the melodramatic eating disorder films of the’90s, the first frame of the film is actually a content warning.

Still, certain similarities between “To the Bone” and other eating disorder films are almost inevitable. Much like 1994’s “For the Love of Nancy,” Ellen is consumed by a world of calorie counting and excessive exercise. Whereas Nancy (Tracey Gold) runs to the point of collapse, Ellen’s spine is bruised from hours spent doing sit ups.

Lifetime’s most recent eating disorder offering, 2014’s “Starving in Suburbia,” incorporates the advent of social media into the world of made for TV eating disorders. The main character, Hannah (Laura Slade Wiggins), stumbles upon an online community devoted to starving oneself and “thinspiration,” subsequently following suit and withering away. Online “thinspiration” communities continue to exist in smaller subcultures on places like Instagram and Tumblr.

Throughout “To the Bone,” Ellen alludes to the fact that she is Tumblr famous. Ellen is an artist, and her version of “drawing what [she] knows” manifests in skeletal line drawings that gain viral notoriety. One of her sketches is tacked on the wall of one of her house mate’s rooms.

Though Ellen herself embodies the young, white, affluent, able-bodied woman who tends to helm these films, Ellen’s housemates offer a small glimpse of the diversity and complexity in which eating disorders manifest. It is estimated that 30 million Americans have experience with an eating disorder, and a third of them are men. As Claire Mysko, CEO of the National Eating Disorders association states,:“There are people who struggle at all body shapes and with a range of sizes and those aren’t reflected in the stories about eating disorders that we see.”

Ellen’s housemates include: Kendra, a young gay, black woman with bulimia, Luke, a male ballet dancer, and “ a woman in her late twenties who is pregnant. Most of the time, Ellen’s housemates are what keeps the film interesting. They act as an antidote to the tired tropes of the TV movie, finally acknowledging that eating disorders can affect anyone.

Another one of the more graceful aspects of the film is how they acknowledge the nonlinear nature of healing. The film starts off in the middle of Ellen’s disorder, when she’s just getting kicked out of her fourth treatment center, and by the end of the film she isn’t magically “cured” either. “To the Bone” acknowledges that eating disorders can’t be solved in a neat ninety minute plot.

There are parts of the film that register as (probably) unintentionally saccharine Reeves never-ending encouragement for the characters to, “choose life,” seems like a rip-off from “Perks of Being a Wallflower.” Ellen’s brief fling with her housemate, Luke, reflects movies constant impulse to throw two conventionally attractive, straight, white, people together. The film itself is billed as a comedy, and though there are some genuinely funny moments at the start of the film, it starts to lose steam towards the middle.

However, Kendra asking Keanu Reeves, “Damn, are you trying to turn me straight?” when he rolls up to the treatment center looking scruffy and rugged made me smile. as did the wry, loving relationship between Ellen and her sister. Ellen’s step-mother’s impulse to make her a hamburger cake was so cringe-worthy it was funny.

Ultimately, “To the Bone,” is far from perfect, but it’s willingness to acknowledge the complexity of eating disorders, and the myriad of people they affect make the film seem like a welcome departure from TV movies past.

Entertainment, Featured Getting ‘To the Bone’ of How Hollywood Depicts Eating Disorders
« Previous Story 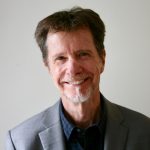 What Happened to Michael Bonesteel? 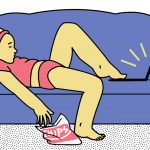 The Best Worst Netflix Shows for Your Summer Slump