Jay-Z proves that he’s still at the top of his game as a rapper and producer in his latest studio album, “4:44.” 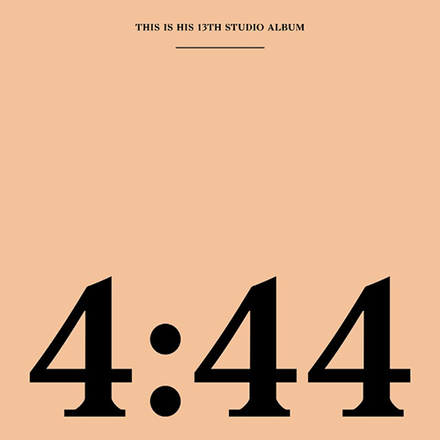 It isn’t the first “grown-ass” rap album. The loose hip-hop tributary that features — gasp! — mature, dignified, black people with introspective lyrics started much farther back. “Life is Good,” “Sir Lucious Left Foot,” “Charity Starts at Home,” “Be,” “The Fix,” “How I Got Over.” You could probably go back to “Stakes is High” if you’re serious about it. But for rappers whose daily lives don’t include million dollar paintings and 50 yard-line Super Bowl seats, Jay’s songs can feel a little condescending. Apparently, we all love rap music in 2017 unless rappers are saying things that make us uncomfortable.

“4:44” is not Jay-Z’s best, but it’s arguably his most cohesive. Though widely acknowledged as one of the best rappers ever, his production savvy is still relatively underrated. Up until his latest project, he had the distinction of working with every producer worth talking about without asking one of them to handle an entire album. Timbaland, Kanye West, Just Blaze, Ninth Wonder, The Neptunes, DJ Premier, Dr. Dre, P. Diddy, Kid Capri, DJ Clue, Rick Rubin, Swizz Beatz: you could be in a coma and still make it to overtime with that Dream Team.

But the decision to enlist No I.D. to handle a ten-track cycle might’ve been Jay-Z’s shrewdest move yet. No I.D. is a Chicago cult hero whose combination of weary mixes and an exhaustive sampling knowledge culminate in an aged, accomplished sound. After all, this is the producer who managed to make Common sound like he was pushing 40 when he was 22. He also helped make “My Beautiful Dark Twisted Fantasy” a maximalist masterpiece instead of a mess.

The elephant in the room is that Common introduced No I.D. to Kanye West, who introduced him to Jay-Z. West has been laying low, handling the bulk of the King Push production; Jay-Z went around him and enlisted No I.D. for “4:44.” Did he know about West leaving Tidal, countering a lawsuit from Jay-Z’s streaming service with a suit of his own — alleging that he’s owed millions? Maybe not, but Jay-Z’s slowly-paced analysis of West on “4:44’s” first song probably doesn’t help:

You walkin’ around like you invincible
You dropped outta school, you lost your principles
I know people backstab you, I felt bad too
But this ‘fuck everybody’ attitude ain’t natural
But you ain’t a saint, this ain’t kumbaye
But you got hurt because you did cool by ‘Ye
You gave him 20 million without blinkin’
He gave you 20 minutes on stage, fuck was he thinkin’?
“Fuck wrong with everybody?” is what you sayin’
But if everybody’s crazy, you’re the one that’s insane

The song, entitled “Kill Jay-Z,” is about letting go of your ego to become a better person. Mentioning Kanye West in that context doesn’t seem like a coincidence, though it’s a gentler diss than initially perceived — one where two former friends ultimately mirror each other.

He makes no such compromises for the rest of the shots he throws: That same song drew the ire of Eric Benet, the disgraced R & B singer who was married to Halle Berry until a sex addition resulted in their divorce. No one knows what Future did to deserve a mention, but the knife, when it falls, is swift.

Prince’s lawyer, Londell McMillan, gets some punches thrown at him over his handling of Prince’s estate and masters. Al Sharpton, for taking selfies. O.J. Simpson for, well, being O.J. Simpson. But the biggest target Jay-Z aims at is himself.

Aside from “Kill Jay-Z,” the album’s title track is his response to the whole Lemonade thing and named as such because he awoke at that time in the morning when he wrote the song. Beyonce said in an interview that the two started dating when she was in her teens; less known tidbits are how his be-mine was “don’t embarrass me,” or how the couple suffered several miscarriages before their daughter Blue Ivy was born. These confessionals, though-gob-smacking, don’t hit nearly as hard as the parts about him gritting his teeth at explaining his infidelities to his daughter, or the way he describes the innocence leaving his wife’s eyes after yet another Becky.

But “4:44” isn’t really about that, either. For all the talk about Jay-Z announcing to the world that his mother is a lesbian, or his admission that the TMZ-reported elevator fight with Solange was real, to say, as several critics have, that this is the album where Jay-Z finally gets introspective is false.  To do an entire album like this, maybe. But the man who penned “You Must Love Me,” “This Can’t Be Life,” “D’Evils,” “Never Change,” and “Moment of Clarity” — to name just a few — knows about coming to terms with reality.

Far more interesting is Jay-Z coming out on the other side of drug-dealing and superstardom to advocate for black liberation. In a movement whose agitations exist mostly within entrepreneurship and the Humanities, he is a more natural fit in the former. On “The Story of O.J.,” he laments not buying property in Brooklyn, opting to blow his early wealth on cars instead:

I coulda bought a place in Dumbo before it was Dumbo
For like 2 million
That same building today is worth 25 million
Guess how I’m feelin’? Dumbo

A few tracks later, on “Family Feud,” he states that black people supporting one another are ultimately more important than being the best at rapping:

If those lines seem more spoken than recited, you’re right; Jay-Z’s delivery is quiet, conversational, and loose — even by his standards.

The shift that this brings to Jay-Z’s artistic mode cannot be overstated. Rap is a spoken genre, and, as a result, its practitioners and fans are inordinately obsessed with content. But it’s also percussive in nature; its achievements lie there rather than in melody. Or, as Jay-Z put it himself in his best-selling book “Decoded,” “The point of [rapping] is to bang out a rhythmic idea.”

Early-career complaints about Jay-Z centered around him being a pop rapper — too eager to throw his values under the bus for a single. Then, when he finally got famous and let loose, his cross-referencing, especially when talking about other rappers, was accused of being too slick — subliminal. Now, 14 albums later, he goes entirely around the form-content debate and delivers a message directly to rap fans by actually speaking to them.

As a result, most of the dissents on “4:44” are because they don’t like what he’s saying. It’s a sly trick: almost no one has mentioned the way he’s saying it to you. This does not bode well for a rap community that craves the historical respect of rock and roll, but whose memories, at least past the second Golden Age, are notoriously short. Could the conversationalist line extending from James Brown and Lightnin’ Rod be severed that completely? Regardless, Jay-Z’s ability to recuperate aspects of rapping thought long-dead is a mark of late-period sophistication, and a further expansion of a genre he’s already done so much to help build. 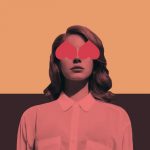 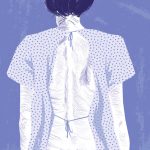