Dear Straight Allies: We’re Never ‘Gay Except for the Sex’

Andrew Garfield’s recent assertion that he is, “Gay except for the sex,” perpetuates a dangerous nonchalance towards lived LGBTQ realities.

We’ve heard this one before.

Andrew Garfield, star of “The Social Network” and the “Spider-Man” reboots, is a straight man. He’s said so: “As far as I know, I am not a gay man,” he told a room of reporters on July 3. “Maybe I’ll have an awakening later in my life, which I’m sure will be wonderful and I’ll get to explore that part of the garden, but right now I’m secluded to my area, which is wonderful as well.”

All of this has come up because Garfield is currently playing Prior Walter, a gay man, in a National Theatre production of Tony Kushner’s “Angels in America.” Kushner’s play, for the uninitiated, is a monumental (seven-hour) examination of the AIDS crisis in Reagan-era America and is indisputably one of the most important theatrical works of the last 30 years. Garfield rightly had some reservations about taking on the role, but said that, ultimately, “I had to trust that it was the right thing and Tony [Kushner] had asked me and maybe if he’d asked me, it was the right thing. It was as about doing honor, doing justice and knowing my herstory.”

When asked how he prepared for the role, Garfield described spending time with gay friends, a daily regimen of “RuPaul’s Drag Race,” and said, “I am a gay man right now, just without the physical act — that’s all.”

If this sounds familiar, it might be because James Franco, another straight actor with a history of playing gay characters, has said exactly the same thing: “Well, I like to think that I’m gay in my art and straight in my life. Although, I’m also gay in my life up to the point of intercourse, and then you could say I’m straight.”

Before I continue, I should make it clear that I am a straight, cis man who identifies as an “ally” to the queer community, which is to say that I have taken on the lifelong project of learning how to be a better ally to the queer community. I cannot speak from anything approaching expertise, but here’s one thing I can share:

Dear straight, cis men: We are never, “Gay except for the sex.”

This idea is unhelpful at best and damaging at worst. There are a few reasons for this.

To begin with, it’s difficult to know what this phrase even means. Saying, “I’m gay except for the sex” could, I suppose, refer to an affinity towards some arbitrary artifacts of “gay culture” (another precarious concept) without any interest in same-sex intercourse. The trouble is that this idea implies that gender presentation and sexual orientation are connected, which, of course, they are not. They’re entirely separate. Distinguishing between them has been one of the central projects of gender theory over the last few decades. The idea is very simple, but it is massively important: You can wear or not wear whatever clothes, jewelry, or makeup you like, or watch or not watch however much “RuPaul’s Drag Race” you like, and this has nothing to do in any way with who you fuck.

This leads us to another vital point: There’s more to being a gay man than fucking men. To begin with, the gay male community, along with all other queer communities, has endured a long history of violence and oppression that the straight male community simply has not. In some parts of the United States, it was illegal for men to have sex with one another until as recently as 2005. Same-sex marriage, though currently legal, is still, somehow, up for debate in this country.  This issue extends far beyond the right of two men to stand together in a church. Married couples are afforded more privileges than unmarried couples, including extended visitation rights in hospitals, an issue directly relevant to Prior and his partner in “Angels in America.” Homophobic hate crimes account for more than 20 percent of hate crimes in the United States. In those crimes, more than 60 percent of the victims are gay men.

Saying, “I’m gay except for the sex” also implies that gay identity is dependent upon a sexual act. Of course, this is resoundingly untrue, as asexual gay men will tell you. When straight men claim this space, they erase an already-marginalized group of men struggling to create space for an intersection of gay identity and gray- or asexuality.

“Gay except for sex,” also rejects the possibility of nontraditional straightness and reinforces the dangerous fiction of a gender binary. If we believe that gender exists on a spectrum, then we have to allow for different presentations of heterosexuality; presentations that include daily binges of “Drag Race,” of course, but also heels and lipstick and dresses and Britney and glitter and nail polish and jewelry and yes, sure, if you want, rompers.

I have to admit, to a certain degree, I get it. Straight, cis men who don’t present a masculine ideal do suffer homophobic bullying and violence. I know this personally. But let me straight-talk you (pun emphatically intended): Just because the captain of the football team called you “faggot” in high school does not make you gay.

The idea of “queer heterosexuality,” introduced in the mid-nineties to describe straight-identified people who present as queer, is compelling, but it’s also worth considering the words of Jameson Fitzpatrick, who wrote: “I can’t imagine the difficulty of being a straight, cis person who isn’t fooled by the foundational fictions of hetero- and cisnormative power structures and doesn’t wish to perpetuate them — except to say that I can’t imagine that difficulty could possibly be greater than the various violences that many queer people still face today.”

Straight, cis men have a centuries-long history of taking whatever they want from whomever they want, and Franco and Garfield’s claim to gay identity is an extension of cis-hetero supremacy that demands total social, cultural, and sexual mobility for some and marginalization for others.

Some, like S.E. Smith, have accused Franco and others like him of “queer-baiting,” whereby straight actors are “rewarded by Hollywood for [their] daring allyship, without running the risks of punishment for actually being gay.” Smith points to Rupert Everett, for whom, “Coming out means you stop getting hired.” For Franco, however, “Playing at gayness made him into an icon.”

In an interview conducted by himself, Franco creates a dialogue between “Gay James” and “Straight James.” This exchange (not to mention the whole concept) is telling:

GJ: Okay, last question. What do you say to people who criticize you for appropriating gay culture for your work?

SJ: I say fuck off, but I say it gently.

It is difficult to separate the “gay except for sex” refrain from a kind of queer tourism that treats queerness as a badge to be earned, a trophy to be unlocked by throwing a rainbow filter over your profile pic and grinding XP at a gay film festival. It sounds silly to say, but apparently, it needs saying: Our support for the gay community is important but it does not make us gay.

Rather than dabbling in nominal gayness from the safety of our own privilege, it would be so much more helpful for straight allies to acknowledge and utilize their privilege to leverage space for the gay men they claim to support. Stepping into gay roles when there are thousands of gay actors out of work is emphatically not the way to support the gay male community. While Hollywood has certainly given more screen-time to gay characters in recent years, it’s still had enormous difficulty giving those roles to gay men. “Philadelphia,” “A Beautiful Mind”, “Brokeback Mountain,” “Milk,” “Capote,” “A Single Man,” “I Love You Phillip Morris,” “Kill Your Darlings,” “Dallas Buyer’s Club,” “Behind the Candelabra,” and “The Imitation Game” are just a few recent examples of films centered on gay male characters played by straight male actors.

In some ways, Franco and Garfield are asking an important question about what it means to be gay, but they are also unwittingly providing our clearest answer yet: Gay men are men who do not have the luxury of shedding their gay identity when the lights go down. 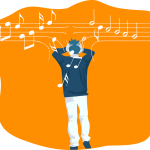 Don’t ‘Feed the Machine’: Things to do Instead of... 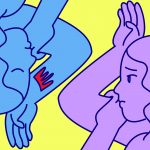