Is it just me, or are these movies all starting to look exactly the same? 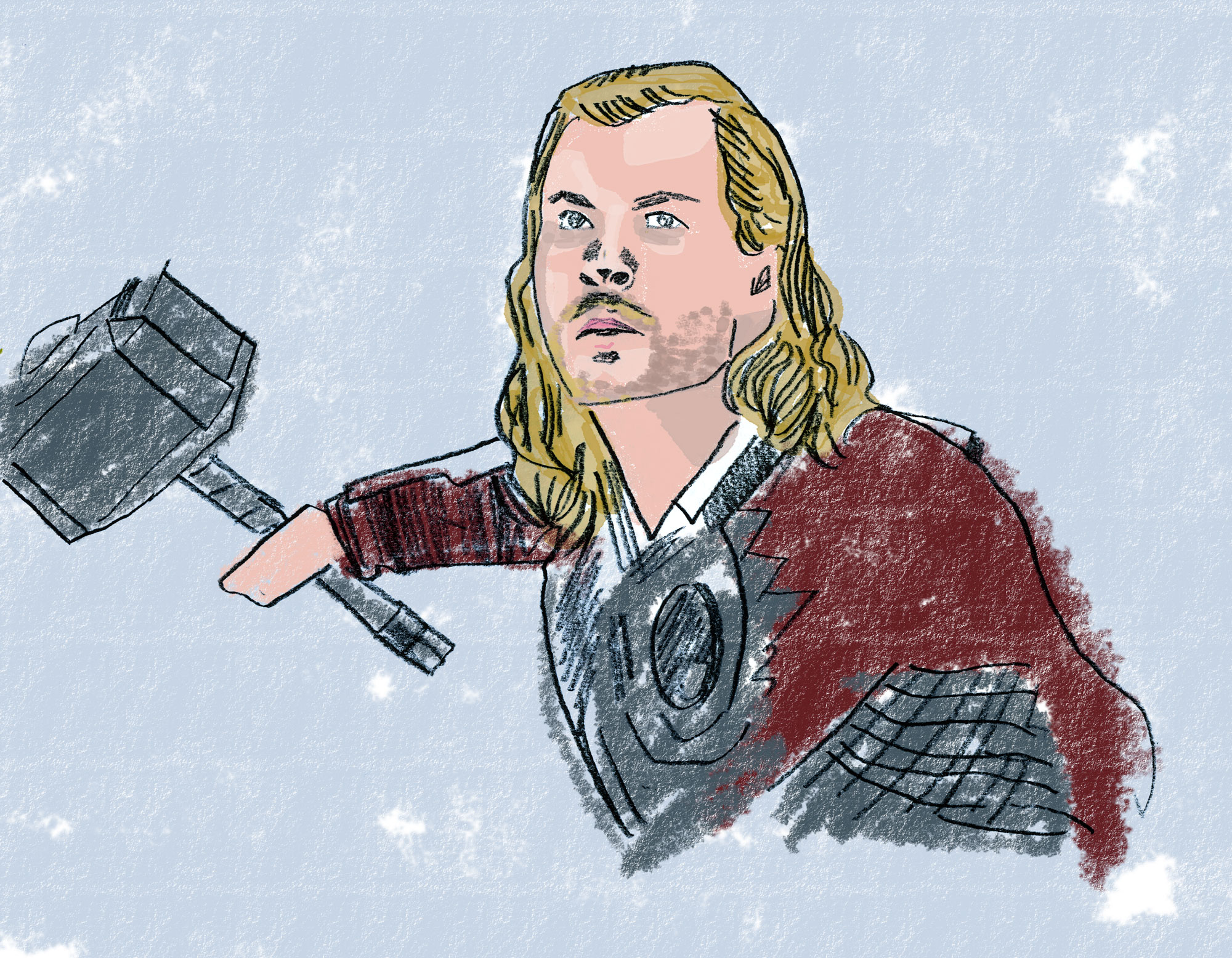 The trailer for “Thor: Ragnarok” — which was released in early April of this year — certainly looks exciting. But, although there’s certainly nothing wrong with that, the trailer brought up a conversation between a friend and me about kitschiness. Kitsch refers to “art, objects, or design considered to be in poor taste because of excessive garishness or sentimentality, but sometimes appreciated in an ironic or knowing way,” according to a cursory Google search. It’s basically what makes pink flamingos so likable. And the kitsch aesthetic is certainly prevalent in comic books.

I appreciate the writers of each Marvel origin story (“Iron Man,” “Thor,” and “Captain America: The First Avenger”) for writing diverse and well-balanced characters. But I have nothing but praise for the head writer of “The Avengers,” Joss Whedon, for exemplifying knowledge and understanding of how to create meaningful relationships between each of the characters inside the Marvel universe. Amidst all the sexy violence, Whedon’s writing is what made the Avengers’ chemistry so excellent. Iron Man was the snarky wise-cracking character. Captain America was the sweet-hearted straight man. Black Widow and Hawkeye obviously knew more than they were letting on. Thor was the lovable puppy we loved to watch because he was clearly having the most fun just doing his job. And the Hulk was the wildcard who could surprise us at any moment. Sure, each character got the chance to make a good one-liner here and there, but Tony Stark (Iron Man) was really the only renegade in this group.

Joss Whedon knew how to make each character an individual and how that would impact the overall tone of the movie. He ended up with a film that found a perfect line between serious and light-hearted. It perfectly encapsulates the kind of kitsch writing comic book fans love to read.

This is something I love in the fiction read. Comic book movies allow the audience to take a step back and realize just how goofy some of the situations in the film are. But Whedon left Marvel, and now it’s easy to see how this archetype repeats itself — and the redundancy is a fault.

New characters that were introduced in movies like “Ant-Man” and “Dr. Strange” feel like a retread of the “Iron Man” formula with only their abilities really separating them from Tony Stark. They’re both sarcastic white-bread heros who gain access to power but don’t take what they do seriously until the end of the movie.

This is a shame because the plots of these two movies provide a refreshing spin on aspects of the super-hero movie formula. “Ant-Man” is a daring heist movie and “Dr. Strange” is all about mysticism and magic. But we’ve seen this character before and therefore these movies feel a little stale.

James Gunn’s 2014 film “Guardians of the Galaxy” may be one of my favorite movies of all time and my second favorite Marvel movie (right under “The Avengers”), but I remember seeing the comparison between Tony Stark and Peter Quill right out the gate.

There’s also the matter of “Guardians of the Galaxy”’s unfortunate impact on comic book movies: the music. Look, I love new wave pop and rock and roll from the 1970s and ‘80s as much as anyone else, but it’s hard to see the success of “Guardians of the Galaxy” and not see the impact of light-hearted nostalgic tunes making their way into every single comic book movie since. (“Dr. Strange,” “Suicide Squad,” “Spiderman: Homecoming,” “The Justice League,” and “Thor: Ragnarök” have all had trailers with “Guardians”-esque nostalgic rock.). It’s hard to feel excited for these upcoming movies when they seem to take the same exact steps of a movie that came before. What happened to trailers like the one found in the original “Thor” film, where serious music and dialogue balance out the idea of a man with one very silly hammer?

I want my kitschy movies back. I want serious characters playing it straight while they bounce around in hilariously over-the-top costumes and punch other costumed characters in the face. Comic books are fun; it’s okay to enjoy that kind of fun. I’m staying carefully optimistic about “Thor: Ragnarök” with the hope that Thor will still be serious, The Hulk will be the wildcard, and Dr. Strange can be the wise-cracker — instead of all three playing Tony Stark in different costumes.

I don’t hate pretentious characters making dry jokes and liking classic rock music. I love that character, in fact. He’s what made me fall in love with these movies in the first place. But I need a little differentiation to stay engaged from this point forward, or at least change up a character’s interest in music. We can all pretty much bet that Thor and Rocket Raccoon would listen to Nine Inch Nails, right?

Like Entertainment What Happened to My Kitsch Comic Book Movies?