Despite often receiving a historical narrative, HIV/AIDS is not over. 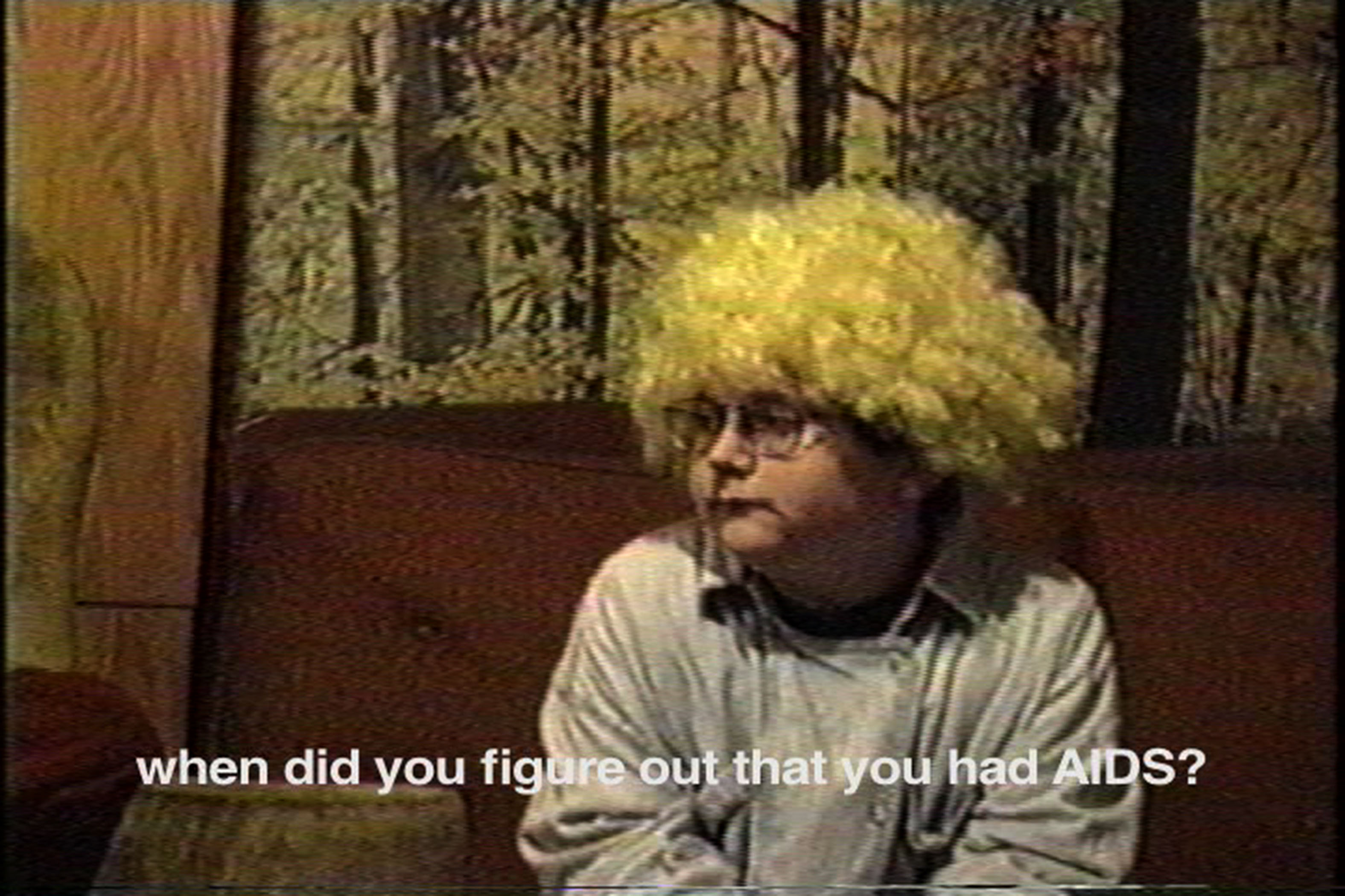 A still from the video “When Did You Figure Out That You Had AIDS?” by artist Vincent Chevalier. (Image courtesy of the artist)

How do we shift from remembering HIV and AIDS as an epidemic fixed in the past to talking about how it exists today? Certainly the 1980s and 1990s have been felt as a reverberation across social, political, economic, and cultural lines in our current moment of intense political change and its ensuing turmoil.

Though activist groups like ACT UP, Queer Nation, and many others have challenged and continue to challenge the ways society understands the HIV/AIDS crisis, much of mainstream America still considers this an issue only affecting the LGBTQ population. However, as history teaches us, singular narratives are harmful. They undermine the comprehension of how lasting issues like HIV/AIDS are publicly understood and how they affect lives across society’s perceived divisions.

These dominant narratives also obscure how members of one of the most vulnerable populations — the youth — grapple with a positive diagnosis. “One day this kid will get larger,” a welcome exhibition at the DePaul Art Museum, takes this counterbalancing position as a starting point for how narratives are approached, embracing intersectionality and pluralism as modes for telling the stories of youth and approaching the contemporary landscape of HIV/AIDS.

Getting off the elevators on the second floor of the museum, a late ’80s selection of expertly composed playlist from Jacquelyn Carmen Guerrero (aka DJ Cqqchifruit) emanates from deep in the galleries. The mood of this show is instantly set before entering the exhibition, and it’s far from the somber quiet often associated with the cultural production stemming from the HIV/AIDS crisis. What immediately comes through is how cultural production around the issue that is recognized by institutions has expanded into other fields such as activism, nightlife, and photojournalism. The exhibition largely depends on photography, blurring the line between artistic and documentarian gestures that allow multiple narratives to harmoniously exist in conversation.

One of the strongest bodies of work in the show is also the first that can be seen. Katja Heinemann, a photojournalist based in Brooklyn, presents a portion of her project “On Borrowed Time/Growing Up with HIV” from 2000-2004. The photo series captures the complexity of youth living with HIV/AIDs and the safe space offered to them over the summer at Camp Heartland in Minnesota.

Several photographs such as “Jump” and “Cabin 6 at Play” conjure up the nostalgia of childhood summers. Out of focus, they depict campers’ joyful participation in swing set competitions for who can swing highest, and the shocking elation of being sprayed with cold hose water on a hot summer day. These photographs, however, are interspersed with counterweight images like “Lunchtime Medications” where a child, whose identity is shielded through cropping, soberly sits with their lunch consisting of a sandwich, orange juice, and a small pile of pills.

Almost every work in the show packs a punch, straddling the line between art and activism.

On a pair of headphones plays interviews with young people from Camp Heartland that recount the experience of loss and confronting their mortality, interwoven with stories of love and resilience. This combination of images and testimonials illustrates the unseen complication young people living with HIV/AIDS or as LGBTQ traverse, and how those challenges are not separate from their search for joy, love, play, and community. 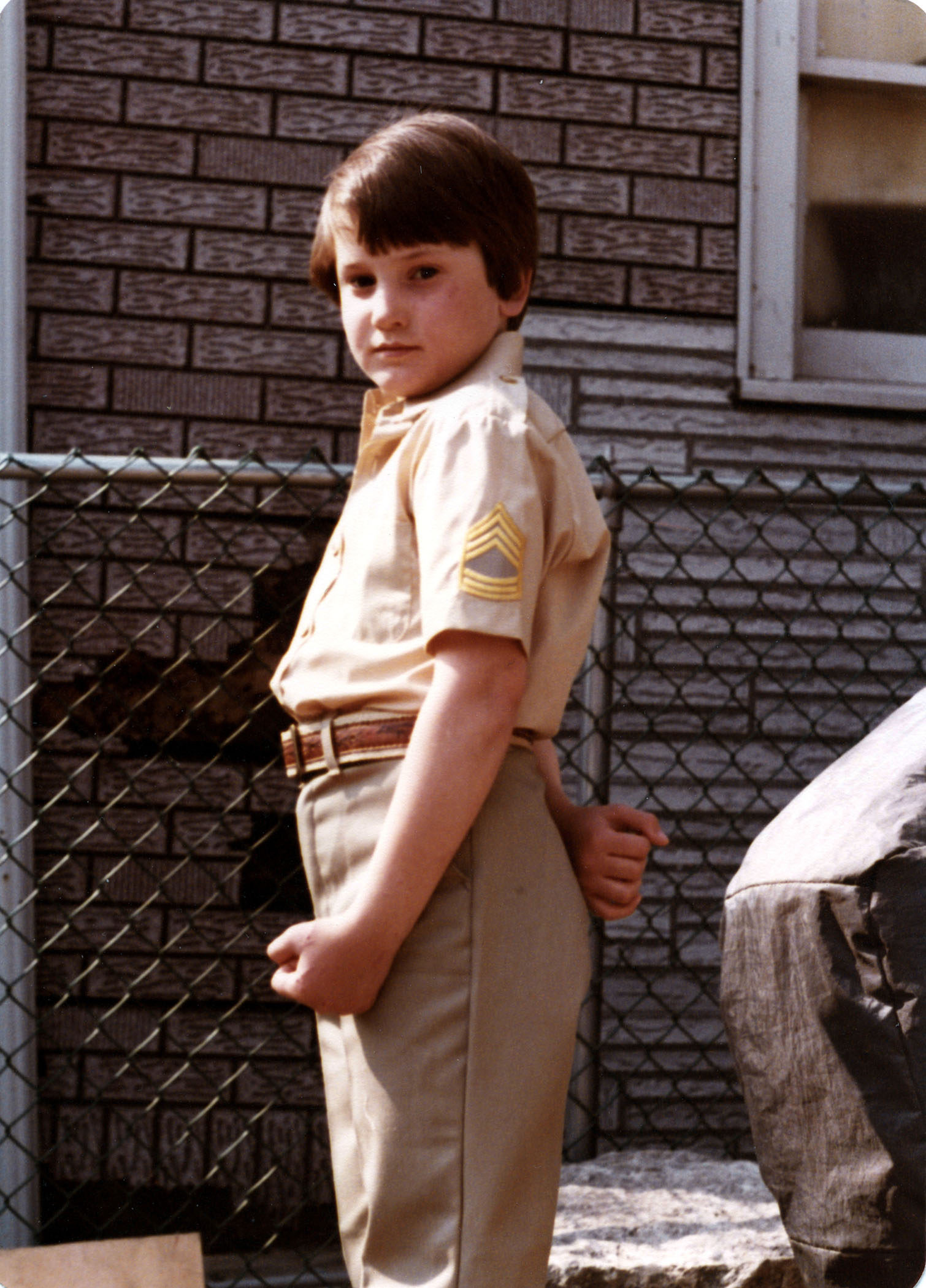 This found photograph is part of “The Papi Project” by DePaul alumnus Oli Rodriguez. Image courtesy of the artist.

Almost every work in the show packs a punch, straddling the line between art and activism. Notably complex works include Oli Rodriguez’s “Papi Project,” a collection of found and original images compiled and created by the artist exploring his relationship to his late father. Additionally, Tiona McClodden’s sentimental Philly story, “Burning Cigarettes”, collapses rapid HIV testing with conversations on intimacy, age, race, and gentrification into one brief narrative; the abstraction of Aay Preston-Myint’s giant wall mural “Rainbows are the Shadows of a Presence,” kaleidoscopes the magic and erotic secrets of the dance floor. Both artworks seem to find brief moments of respite or utopia in everyday occurrences and encounters.

The activist ethos of the exhibition is not just present in the largely photo-based work displayed, but is also felt in the curatorial supplements. These take shape in the numerous pedestals and shelves with prevention and treatment materials, the central information rack with organizational brochures, and the curator’s zine collection on self-care, DIY feminism, among other topics being displayed as conceptually and visually integral to the show’s momentum.

Perhaps the most refreshing part of “One Day This Kid Will Get Larger,” is how the exhibition fiercely proclaims AIDS is not over, and the prioritization of an intersectional approach to artistic practices and storytelling. If taken as a counterpoint or corrective tangent to the repetitively problematic Art AIDS America just down the street at the Alphawood Gallery, curator Danny Orendorff’s show at DePaul provides a precedent for how diverse voices can come together not to compete or exclude, but to create a fuller, more complete representation of our current reality and the challenges ahead.

“One Day This Kid Will Get Larger” is one view through April 2, 2017 at the DePaul Art Museum. 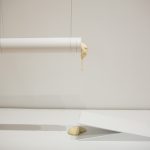 ‘Bearing: Object, Body, and Space’ at the Student Union... 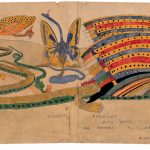