Breaking up is hard to do — and that’s just the beginning. Jose Nateras confesses about not being able to move on from a relationship. 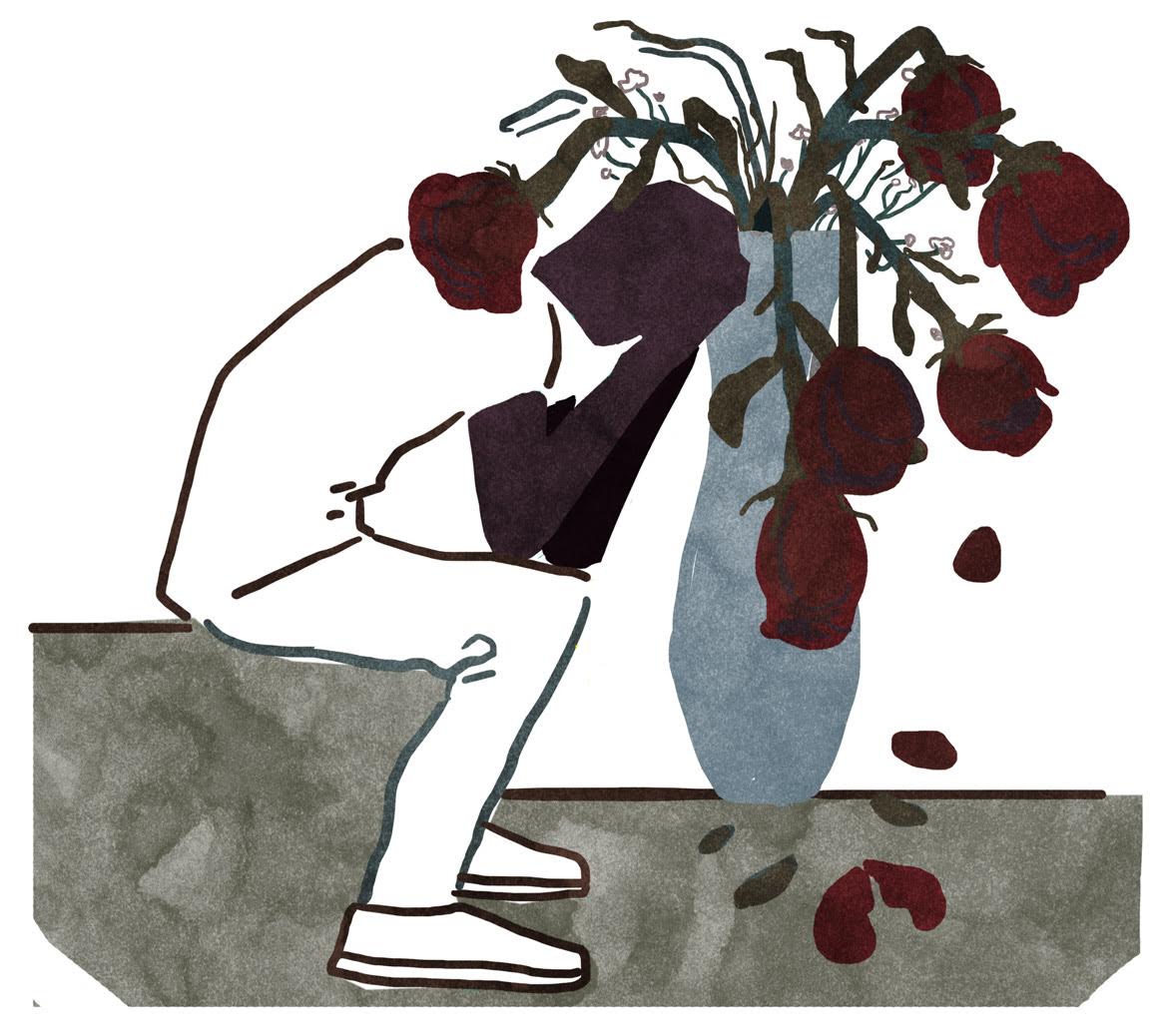 Part of becoming an adult is reconciling the sort of grown-up we’ve always imagined we’d be with the sort of grown-up we actually are. When I was younger, I was always something of a helpless romantic, envisioning myself as a “relationship person.” Even after coming out, the long-term committed relationship I’d envisioned being in eluded me for years. Then I met Jack. (I’ve changed his name for this article.)

Within two weeks of meeting each other, Jack and I were dating. After years of insecurity and doubt, questioning why I hadn’t found myself in the sort of relationship I’d always yearned for, I had found “it.” For the first time, I felt loved.

We were eerily well suited for each other. We shared interests, a sense of humor, even a birthday — we were born on the same day, in the same year, hours apart. He’d say, “You’re perfect.” I’d protest. He’d say, “Well, you’re perfect for me.” He’d send me flowers signed from “The Luckiest Man in the World— T.L.M.I.T.W.”  No relationship is 100 percent perfect, but the 14 months we shared were 100 percent lovely.

In October, I went for a week to Glasgow, Scotland, for a project. Weeks prior, an argument had led to me asking Jack directly if he wanted an “open relationship,” which I didn’t want, but would consider. He told me then that no, that’s not what he wanted, either. A few days into my trip, Jack and I Facetimed. He informed me that during the opening night party of the show he was working on he’d gotten drunk and made out with the bass player from the orchestra.

I remember feeling surprisingly calm as I told him I understood and we’d deal with it when I got home. Over the course of the week, I cried while walking the misty streets of Glasgow and distracted myself with haggis. When I flew back, Jack picked me up from the airport, roses in hand. We got home. More roses. And pie. After the pie, though, I told him I didn’t think we should be in a relationship anymore. Through tears, I insisted we remain friends.

Those tears were the first of many, and on paper, the experiences and emotions I found myself going through post-breakup closely resembled the symptoms of depression. While clinical depression and the feelings of loss following the end of a relationship are not the same thing, there are valuable resources available to those experiencing either. The School of the Art Institute of Chicago (SAIC) offers Counseling Services and on the Wellness Center’s website, there is Online Mental Health Screening available as well as a wealth of articles and other resources. I spent a fair bit of time myself reading such articles and reaching out to support systems of my own.

Ultimately, the “staying friends” thing was a foolish idea, but I couldn’t imagine not having Jack in my life. I still loved him. I even understood the factors that led to his actions, yet they hurt me more than I could acknowledge. I was angry. Furious, actually; though at the time, I couldn’t allow myself to process the depths of his betrayal. Jack, however, didn’t want to break up; he even said: “I was going to marry you.” Except that after the initial roses and pie he never really apologized, instead taking to criticizing my response to the situation. Still, we attempted to stay friendly. At his request, I even saw his show (the one featuring the man he’d made out with), though he barely acknowledged me. I nonetheless clung to our “friendship.” I saw us getting back together, maybe, and reasoned that if we could just manage to be friends, things would work out.

Then Jack started telling me about this guy he’d started seeing. Let’s call him Gil. They’d met through some friends. Gil was younger. White. Funny. Jack would slip tidbits about the two of them going to dinner into our conversations. When Jack insisted I attend his Christmas party, I asked if Gil would be there. Instantly, our fast-paced text conversation screeched to a halt. Forty-five minutes later, he said that, yes, Gil would be there after seeing “Hamilton.” Awesome.

I went to the party and, once again, he barely spoke to me. I made small talk with some mutual friends; all the while, dying inside, wondering how much they knew. Did they see me as the unforgiving asshole who broke up with their friend over a drunken mistake? I excused myself from the party early to meet a friend for a consoling drink and, of course, the bass player from before was at the bar.

Cut to Monday, January 2, 2017.  I headed from work to a bus stop located inconveniently close to Jack’s apartment. You-know-who comes out and we chat, discussing our respective New Years — he’d spent his with Gil — and my day was destroyed.  Later, I received a text. Jack again, telling me it was nice to see me. When I asked, “Really?” he said, “Of course, why?” I cited his apparent indifference towards me in public. I finally articulated how angry I’d been, and how much it hurt me to hear about stupid Gil. Jack apologized and said he wouldn’t bring him up anymore.

That night, I met a friend at our usual spot — the same place we saw the bass player after Jack’s party. While I showed my friend the text messages from earlier that day, they appeared: Jack and Gil, together.

This didn’t feel like a coincidence. It couldn’t be. Randomly running into each other a second time on the same day? He knew I frequented this bar on Mondays. How could it be a coincidence that the very day I told him not to talk to me about Gil, he would show up with Gil in tow? I decided to approach him.

“Jack. I thought you didn’t like coming to Boystown? You never wanted to come here when we were together.” He replied, that, yeah, he hadn’t been in a while. I turned to his companion. “You must be Gil.” We shake hands and he gave me a sunny “Nice to meet you.”

I couldn’t respond except to excuse myself. My body reacted as though having a panic attack. I left, crying and texted Jack, “This really hurts. I have no words.”

I said goodbye and blocked him on Twitter and Instagram; I unfriended him on Facebook. He sent a text saying that he’d call me tomorrow, but there was no apology or attempt to understand. When he called the next day (five or six times), I couldn’t bring myself to answer. He, apparently, couldn’t bring himself to leave a voicemail.

Teen Vogue (yes, a 27-year-old man can and should read Teen Vogue) is a source of quality writing on a variety of subjects including breakup advice. Some such advice, by way of actress Keke Palmer (and her grandmother), suggests being proactive:

Give yourself a couple days to have a pity party, but [then] take Keke’s advice and start taking action! Action can pretty much mean anything, from going to the gym, gathering your friends for a movie night, grabbing dinner with your BFF, or even finding yourself a date. If you’re not feeling up to going out quite yet, try doing some relaxing self-care activities like yoga or a candle lit bubble bath. Basically just do things that remind yourself that you’re perfect all on your own.

I’ve followed some of this advice and it has helped, but here I am over a month later and I still ache. This experience has turned me into a walking cliché. Every conversation, all of my writing, everything I do is steeped in this muck of a breakup and I am exhausted by it; yet I can’t bring myself to move on. I am somehow unable to delete Jack’s number. Until that fateful Monday at the bar, I thought we’d get back together. I’ve unblocked him on Twitter and Instagram (though I’m not following him) and I find myself, more often than I’d like, looking at his Facebook page. I long to reach out to him. To text him.

This longing isn’t unique to me. Google “Should I text my ex?” and countless articles will spring up that make it clear that the answer to that question is a definitive no. Knowing that you shouldn’t do something, however, doesn’t make it any easier. One tool recently developed by 24-year-old Princeton grad Sean Drohan is a special spreadsheet called “Texts I Wanna Send My Ex.” As covered in Teen Vogue and Refinery 29, the spreadsheet, public through Google Docs, gives users the opportunity to give into the temptation to reach out without the messy fallout of actually doing so.

The sort of grown-up that’d be able to roll with the punches and move on.

F+ My Secret Shame: I Can’t Move On
« Previous Story 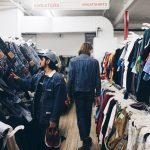 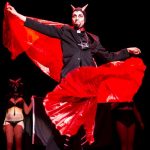 This Friday, Commune With The Devil: ‘Satanic Panic’ Comes...