Letter to the Editor: A Photographer in the Wake of Trump 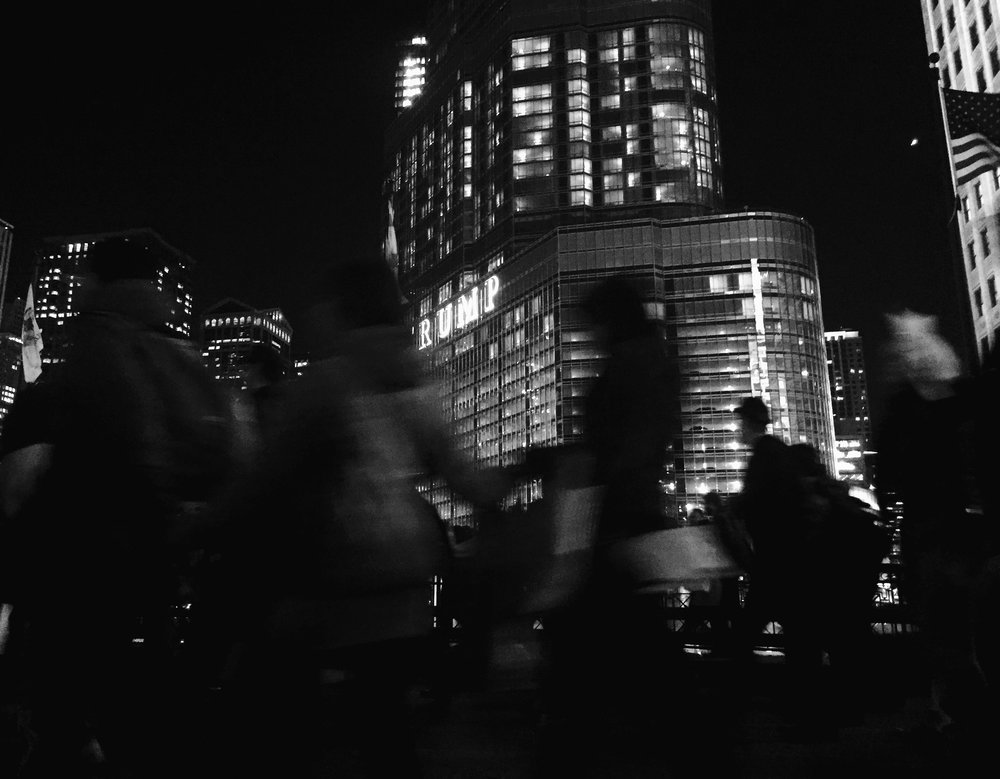 Last night I felt like a soldier without his gun. With thousands of protesters rising across the country in revolt against the new president elect Donald J. Trump, I didn’t have the camera I usually have wrapped around my hand. I am a photographer who shoots photos, not bullets, and each photo brings a narrative during these crucial moments. Instead I had my iPhone. This secondary weapon is a tool commonly used by those whose eye on the narrative is for the snapshot of the moment;  I tried to be aware of the narrative.

The emotional level was beyond the streets of protesters. There was a fog of anxiety that started to rise during the time when everything turned upside down at around 2:30 a.m., November 9; and with it was a dreadful look in the faces of those going to work only hours later. Unlike the normal morning commute, the train was morbidly silent; the eyes of the riders were heavy; faces were resting with agony. No one talked, but it seemed everyone was thinking the same thing. It was the sunniest mourning I’ve ever seen.

I was able to go shoot the scenes of the protest as they were happening, creating a story to later tell. Being able to show a narrative and bring awareness to a situation is crucial especially in a modern era where everyone has a camera. I want to speak to those not normally seen to themselves as photographers. I urge you to tell a story. I urge those who are willing to go out into the call of action to document, to make a moment last forever. An image is seen as an imprint of the past, never to be forgotten. With that knowledge, I am calling for an awareness that that there is always something happening outside the frame of view. As a photographer I will try to pull the outside in, allowing the frame of a photo to incorporate the unseen variables that are constantly going on around me.

There’s no time for hesitation, so I urge you to tell a story.

Like Letters Letter to the Editor: A Photographer in the Wake of Trump

Letter to the Editor: SAIC and Homan Square

Letter to the Editor: I Will Not Be Moving...