The Top 5 Most Ridiculous Political Stories of Election 2016

Only in 2016 would these political stories be the norm.

“Just shut up and give it to Hillary already!”

Whether you’re voting for her or not, this thought has probably been a part of your internal monologue in an election season that has felt unusually long — and weirdly undecided. Sixteen Republican candidates! Bernie Bros! Only eight Supreme Court justices! Boy, how time flies. Or doesn’t fly.

With all the boredom conjured up by the long slog, it’s easy to forget this is, actually, the most entertaining election cycle in recent memory. That’s true in a packed clown car sort of way, to be sure; but with all the global turmoil it’d be ridiculous not to laugh about Anthony Weiner trying to sext while his toddler son was in bed with him.

What ties all these jaw-dropping instances together isn’t sensationalism. It’s what they represent: a wide-open interpretation of what it means to be an American — to the candidates, and to the people who vote for them. With that in mind, here are the top five craziest news stories of 2016.

Seventeen years ago, Carson gave a commencement speech at Andrews University in Michigan where he said that he believed that Joseph, the father of Jesus of Nazareth, built the pyramids to store grain. Obviously, this came as a shock to most people, since historically (and factually), they have been considered the tombs of ancient pharoahs. While pundits argued the degrees of wrongness, Carson blamed the controversy on persecution by “secular progressives.” That Carson was able to carry the banner of religious freedom for as long as he did was stunning.

Anthony Weiner, the husband of Hillary Clinton’s top aide Huma Abedin (and disgraced congressman from New York), got caught sexting with someone who wasn’t wife. Again. In one of these photos (also reported by the Post), he is shown shirtless in boxers briefs with his young son wrapped in a blanket next to him. Abedin has recently announced their separation.

Speaking of the sinuous survivability of the Clinton camp, the story of Hillary’s FBI investigation over using a private server to send classified emails has been one that has been slow to die — at least until recently. Indeed, if it weren’t for Trump haranguing the families of dead soldiers or encouraging Russia to hack her campaign, we’d probably still be talking about it. (See number one.) Though she hasn’t been formally charged with wrongdoing, the Clintons have often straddled the line between wrongdoing and being formally charged for it. Or, as FBI director James Comey put it, “Any reasonable person in Secretary Clinton’s position, or in the position of those with whom she was corresponding about those matters, should have known that an unclassified system was no place for [non-secured] conversation.”

In a bizarre inversion of Clinton using her own server to send classified information, the Democratic National Committee was presumably hacked by the Russians, releasing a series of internal memos that present a plausible argument that the committee — right up to chairwoman Debbie Wasserman Schultz — tilted the scales to favor Hillary Clinton. Long suspicious of favoritism being exercised by the DNC, Sanders and his supporters had plenty of ammo going into the Democratic National Convention. The most damning emails: Clinton lawyer Marc Elias discussing how to combat allegations that Clinton’s campaign had misused its joint fundraising campaign, and a conversation between staffers about ways to attack Sanders about his tenuous relationship with Judaism.

Donald Trump is the most polarizing political figure since Joseph McCarthy. The race-baiting, the outlandish election promises, the misogyny, the viciousness, and the hypocrisy have collectively shifted the lines of what used to be considered respectable political discourse. Can you really offer to pay the legal fees for rabble rousers at your campaign rally and survive? But aside from the spectacle of Trump himself, the hijacking of a major political party whose core mechanisms have been smashed up and hawked as scrap. We can all hope that the insincere Republicans who’ve backed him out of convenience will eat their crow come November, but right now the wagons are being circled around a demon. Good night and good luck. 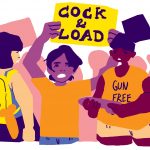 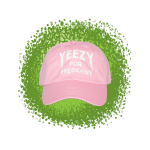