Bernie Sanders made the people pipe up for an ethical government. Can Hillary’s reputation stand the change in mood? 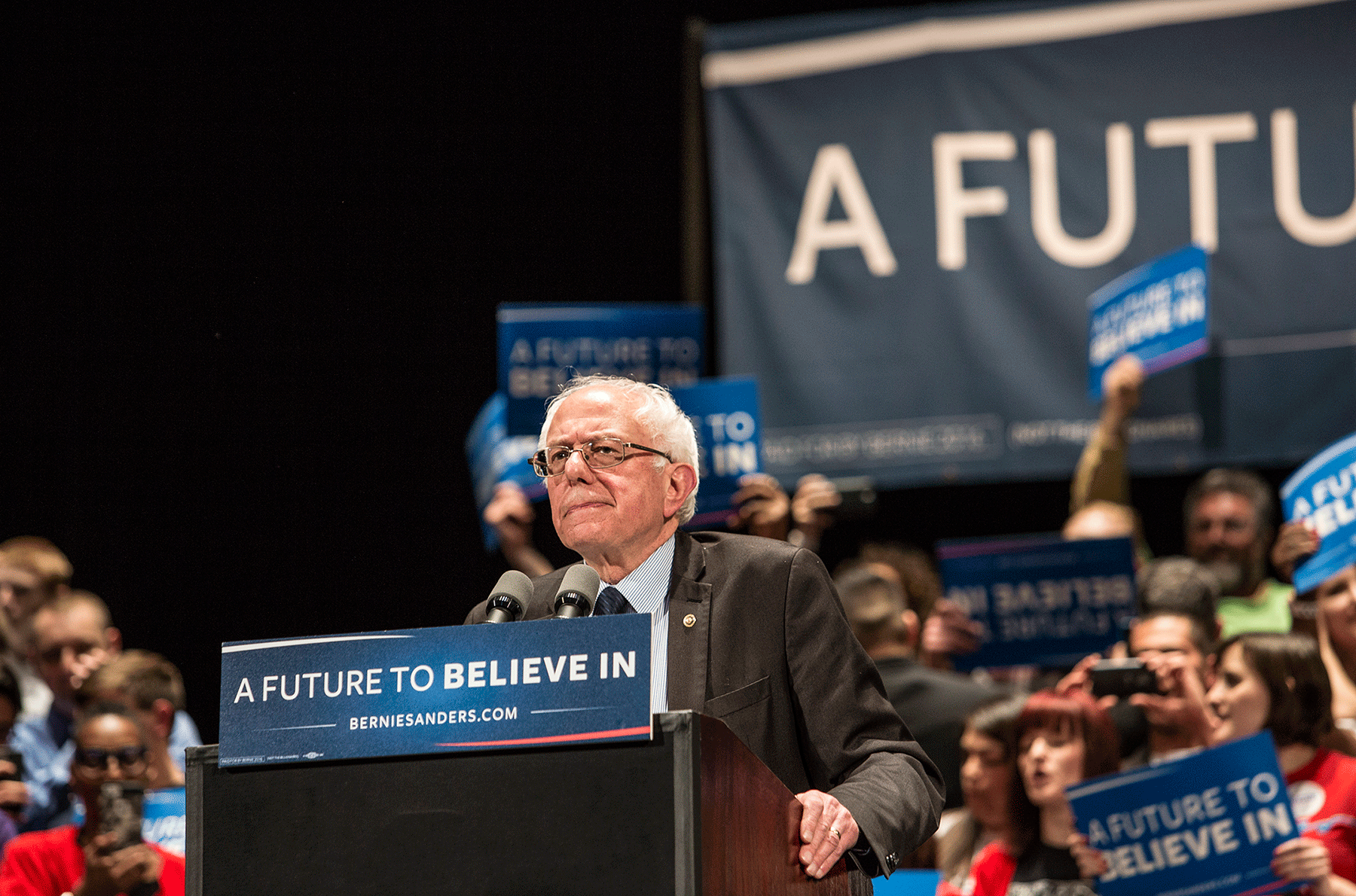 Bernie Sanders addresses a crowd at a Chicago rally in March. Photograph by Cassandra Davis. To view a full photo gallery of the Sanders rally, click here.

The ink was barely dry on the pundits’ rebukes of the Republican National Convention when the Democrats had a problem of their own: In a series of leaked emails, several Democratic National Committee staffers, including chairwoman Debbie Wasserman Shultz, showed blatant support for Hillary Clinton over Bernie Sanders — even going so far as to brainstorm ways to tank Sanders’ campaign.

The leak resulted in Wasserman Shultz’s resignation; she was booed by her home-state delegation at the onset of the Democratic National Convention in Philadelphia. Then, after several congressional Democrats called for the firings of  staffers implicated in the scandal, Donna Brazille, the acting chairwoman for the national committee, responded by asking for the resignations of the CEO, the communications director and the chief financial officer — confirming deeply-held suspicions in the Sanders camp that the deck had been stacked against them in the Democratic primary.

Well, allegedly. Although it was discussed, it’s impossible to verify that national committee staffers actually put into motion a plan for Clinton to attack Sanders over his ambiguous religious stance. Nor is there any proof that the committee took advice proffered by Clinton’s lawyer, Marc Elias, about how to respond to Sanders’ allegations that her campaign was misusing its joint fundraising operation.

And didn’t Sanders, the Independent from Vermont, only run as a Democrat when it suited him? It is therefore plausible that Wasserman Shultz’s comment that Sanders had no understanding of the Democratic Party was simply matter-of-fact, rather than a flippant dismissal of the serious concerns Sanders had about being treated fairly by the party he has caucused with for decades.

Plenty of people have been connecting the dots and crying “misconduct” — only, some of the dots are missing. At the same time, even if the email correspondence was harmless, the facts are ugly enough that a Clinton supporter would need an unbelievable line of reasoning in order to defend Clinton in this case.

It wouldn’t be so bad if this were a slam-dunk year, but when was the last time we’ve had one of those? ’96? 2008? If you’re liberal, or at least left-sympathetic, there is a lot to lose this year. It doesn’t seem possible that Donald Trump — a real estate mogul turned reality TV star whose politics only slanted conservative when it came to sheltering his money — could be the next Republican sitting in the White House. But it didn’t seem possible that he’d beat several accomplished governors and senators to get the nomination, either. This election doesn’t seem to bode well for consensus picks.

Yet the party that has to come through in this election — not just to keep progressive gains, but to prevent a wholesale backsliding of civilization — has done just that. Hillary Clinton and Tim Kaine are arguably the least offensive party ticket in recent memory. He is a Spanish-speaking ex-civil rights lawyer who has a son in the Marines; she is hawkish on national defense and capitulatory to business interests. If ever there was a team built to coerce a few uneasy Republicans, it’s this one.

But the conservatives who aren’t comfortable with what has developed have always been wary, and have said so. It’s the undecided people — simply sick and fed up with something — who are worrisome. To have order restored by someone willing to challenge the ruling class: That’s the dream of 2016. It was the Sanders campaign. And, despite expressing itself in the most bonkers and horrific of ways, it is the Trump campaign, too.

Finding problems within the system and enacting common-sense, technocratic changes that make people’s lives better? That’s, well, government; but it doesn’t have the same ring as “Political Revolution,” or “Making America Great Again.”

This is Clinton’s glory and her curse. She has been accused of many things — unscrupulousness and insincerity, mostly — but stupidity is not one of them. Her proposal for an overhaul of the capital gains tax is masterful, and as Secretary of State, you could almost feel the frustration she wore on her face as she encouraged President Obama to arm the Syrian rebels (thereby enforcing his self-imposed “red line”), and to take a less passive role in the closing of Guantanamo Bay prison. She pleaded both these cases to no avail.

If you want something done right, do it yourself. Now she has the chance; we all should be elated. But there is still an uneasiness around her campaign that comes not because Hillary is incompetent, but because she seems to lack credibility.

Despite the spectacle of conservative stalwarts as generationally diverse as Bob Dole and Paul Ryan stumping for him, or most of his defeated opponents bowing to where they think the wind is blowing, one thing is for certain: Trump is the candidate that the voters wanted. Republican National Committee Chairman Reince Priebus squashed any attempts at a contested convention early and often. No backroom deals. No wonkish gerrymandering of pledged delegates. The person that gets the most votes gets the nomination, period. It’s almost chilling in its simplicity.

If you are part of the #NeverTrump crowd, the rebuttal to this is obvious: At what cost? Is it really worth sacrificing the country to maintain the appearance of fairness? But if you believe in democracy, then the answer is yes. The country rises and falls on the will of the people.

The donkey-shaped elephant in the room is that the supposed party of the people bent the rules to benefit one of its brightest, longest-burning stars.

Impropriety and the appearance of impropriety are, at least in a political context, essentially the same. A classic criticism lobbied against Democrats is that their policies, though designed to help, are ultimately harmful because they restrict the choices of voters. For instance, a tax on employer healthcare premiums (as Sanders planned to fund his Medicare expansion) would also force small businesses — which couldn’t shoulder the costs — to cease carrying them. Employees would be forced to take the public option. And convoluted licensing fees for service professions — designed to keep consumers safe — also raise the barrier of entry for citizens trying to work their way into the middle class. The costs and benefits of these examples are debatable; the resentments fostered by voters is not.

If Clinton pulls through it will be in spite of all of this. If she loses, it will be because, given the nation’s mood, electing an outsider untainted by machine politics seems like a reasonable gamble to make, and Democrats will have no one to blame but themselves.

Brazille has said that the rules need to be changed to avoid future occurrences like the Wasserman Shultz email scandal. Sacking those found to have shown bias is a good start. In addition to this, though, anyone found expressing bias in the future should be barred from working on the campaigns of any elected Democratic officials — for life. Speaking of which, all elected officials on the committee who are found to be impartial should be stripped of access to DNC fundraising money come election season.

May one of the lasting effects of the Sanders’ candidacy be that the liberal project only works if citizens believe that the people enacting government are ethical. 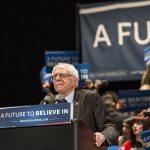 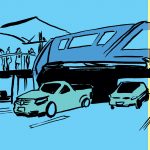