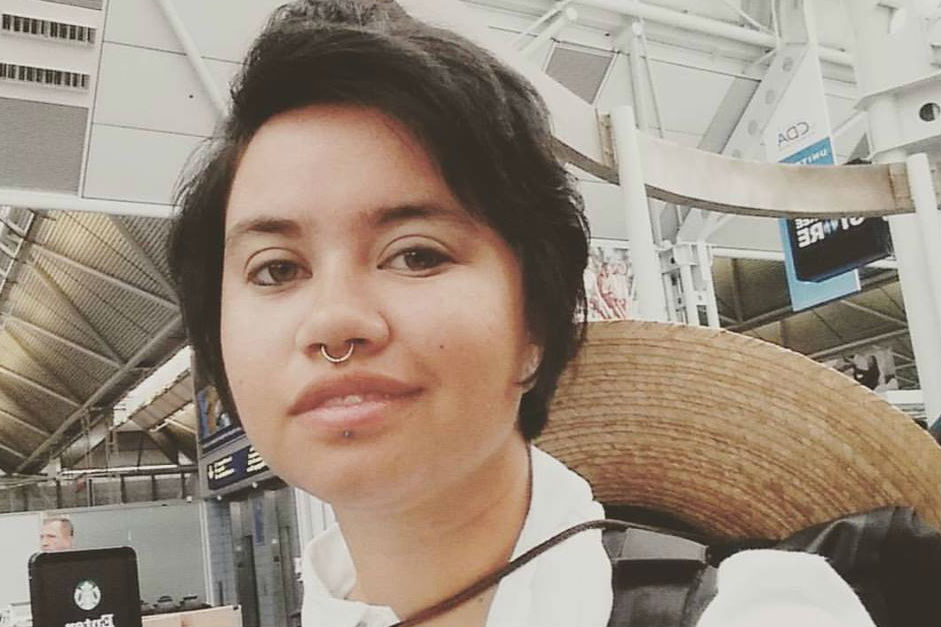 Lisa Kuivinen was a student at the School of the Art Institute of Chicago. A former comics teacher, Aaron Renier, called Lisa “such a force in every aspect of life.” Photograph via Facebook.

That’s how Jenna Kang, a senior in the School of the Art Institute’s (SAIC’s) BFA program, described Lisa Kuivinen. “Anyone could tell you that Lisa was vibrant, but it was more than that. Lisa was really good at drawing people closer,” Kang added.

Lisa was killed by a truck while bike-riding on North Milwaukee Avenue on the morning of August 16. Lisa leaves behind a community of friends, family, and collaborators who loved Lisa and continue to be deeply inspired by the rich life Lisa led.

“I took notice of her bright smile almost immediately; I mean she [was] the teeniest, little adorable gal I [had] ever met,” said SAIC graduate Zach Lund in an email. Like Kang, Lund noted that Lisa had an uncanny ability to draw people in. “She could get along with anybody; she was like a magnet,” he said.

Lisa’s artwork grew and changed over time; more recent work was focused on animation and comics. Many of Lisa’s images and stories played with ideas around humor, the human body, and organic matter.

Kang described some of Lisa’s recent comic art that featured “bubbly people that didn’t have any distinct facial features.” She described the comics as “kind of graphic. Their shapes would fit into the bubbly panels; everything was really organic.”

Aaron Renier, who teaches comics at SAIC, said he will never forget Lisa.

“Lisa was probably the most positive student I had in [my comics class last semester]; maybe ever,” he said. Renier marveled at Lisa’s boundless enthusiasm and optimism. He also noted that Lisa’s artistic style was exciting, and just beginning to come into its own.

“Lisa’s work was sort of like a combination of James Jarvis and Jim Henson,” Renier said. “The gestures Lisa drew were in this super-simple style that was really fun. You could tell that Lisa was just beginning to gather a voice that was going to be very well formed and exciting.”

Lisa’s funeral mass was held on August 22, 2016 at the St. Colette Church in Rolling Meadows, Illinois — the town where Lisa was raised. Lisa sang in that same church’s choir at the age of 5.

Lee and Silma Kuivinen, Lisa’s parents, wrote a eulogy that was printed on the back of the funeral program. “When Lisa came into our life, she was the answer to so many prayers. She brought meaning and joy to our lives,” it began. The eulogy went on to detail Lisa’s many passions and accomplishments, adding that Lisa “had a contagious smile,” “was a very hard worker,” and “was very responsible, mindful, and sensitive to other people’s feelings.”

Lisa’s family sent F Newsmagazine images of some of the condolence cards and messages they have received since Lisa’s death. The messages — from friends, family members, and people who had worked with Lisa in different capacities — all reiterate Lisa’s uncommonly good nature and their inherent kindness.

“Lisa was a fearless artist with such limitless capabilities and vision, I think words could not do them justice,” reads one card. Another says, “Lisa was nothing but a kind, smart, and beautiful person.”

Kang said that Lisa will also be remembered in the SAIC community for an incredible sense of humor. “Honestly, I could go on and on about how funny Lisa was,” Kang said. “Lisa was so funny, and was shameless about it,” she added.

A ghost bike memorial ceremony will be held on Saturday, September 3 at 4 p.m. at the corner of North Racine Avenue and North Milwaukee Avenue, where Lisa was killed. The memorial is open to the public. The event’s organizer, Kristen Green, suggested that participants bring candles, flowers, balloons, and “good vibes” to the memorial.

Lisa’s parents asked that these two images be included in this article: 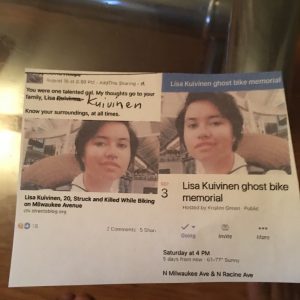 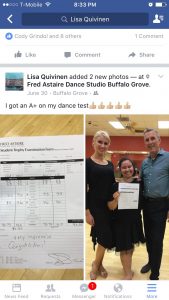 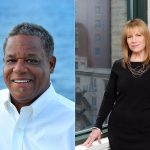 The Changing of the Guard: A Talk With Incoming... 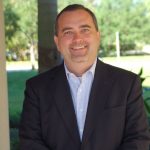