Think Andrea Davis is great? Check out these other fabulous females who make art with their bodies. 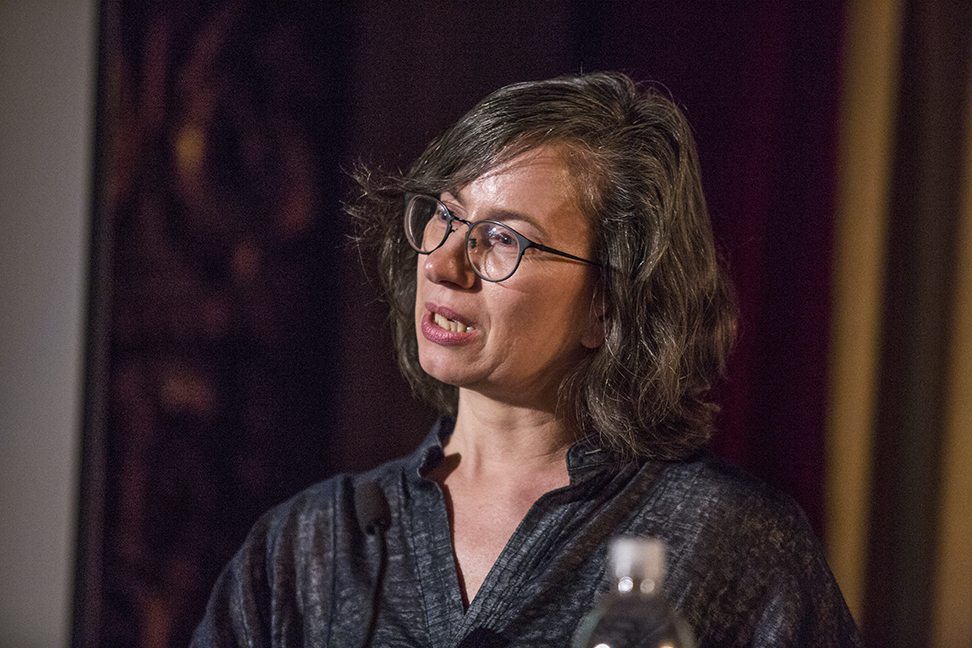 Andrea Fraser, performance artist and professor of New Genres at UCLA, visited the School of the Art Institute of Chicago’s (SAIC’s) campus this summer to speak during the Low-Res lecture series. Fraser discussed her philosophies and her work, which ruthlessly examines the ivory tower institutions that bring us Art with a capital ‘A.’

Since the 1990s, Fraser has created live performance, video, site-specific work, and installations that push museums like the Whitney earlier this year to take a hard look at the access, valuation, economics, and politics (gender, cultural, and otherwise) that shape society’s concept and consumption of art and artists. Newsflash: It’s all pretty jacked up.

Fraser is one of the more well-known names in female performance art, a genre that most SAIC students not specifically studying it know little about (except for maybe Maria Abramovic.) If you’re wondering if Lady Gaga counts, you need to keep reading this article.

Today’s the day you get woke. Here are five female performance artists whose work, love it or hate it, you oughtta know.

For Laurel Nakadate, hunting is an artform. Working primarily in performance committed to video and the photographic image, Nakadate’s earlier work explored the female experience of the male gaze by turning the tables on the gazers and making them (sometimes unwittingly) the objectified. Her most well-known performance work to date is a collection of videos that show Nakadate dancing with and posing naked for lonely men inside their homes. The artist picks up the men in public, then goes to their house to video the interactions. It’s dangerous, fascinating, and blurs the line between exploitation and a kind of “turnabout is fair play” revenge for women everywhere. Nakadate’s photographic work from 2014, “Relative Strangers,” is worth a look, as well.

Conceptual artist and critic Lorraine O’Grady addresses issues of “diaspora, hybridity, and black female subjectivity” through her installations, performances, and texts. Grady began her oft-guerrilla performance art in the exciting-but-still-myopic New York in the 1980s; her most well-known piece to date is “Mlle Bourgeoise Noire,” for which O’Grady crashed an art opening in a dress made entirely of white gloves and carrying a white cat-o-nine tails, throwing the reality of racial apartheid in the mainstream art world right in the mainstream art world’s face. Now in her eightieth year, O’Grady continues to use her singular lens to celebrate and critique humanity for us when we can’t, or won’t. (The Art Institute has this O’Grady photo series in the Modern and Contemporary Art permanent collection.)

Since in the 1960s, feminist Linda Montano has gone where few performance artists dare to tread: the really, really longform piece. Some of her “art/life” performances, which involve tasks, rituals, practices, mental states, and a lot, a little, or zero documentation, have lasted a year; some have gone as long as seven; and she’s currently in the middle of a 21-year-long work called “Another 21 Years of Living Art,” which will close in 2019. Montano has walked the Great Wall of China to meet her lover coming from the other side, documented the four years she spent as her father’s 24/7 caregiver until his death, and uses religion and ceremony in workshops she’s been holding for decades. She’s also written several books.

Ten years ago, Italian-born artist Vanessa Beecroft left the art world at large — and her rise as a performance artist skyrocketed due to the dozen or so projects she’s made with Kanye West, whom she identifies (quite literally) as her alter ego. Beecroft stages grand, lavish, mostly bare-skinned tableaus with a few or a few hundred bodies of every shape, size, and color as a visual accompaniment to Yeezy’s fashion, musical, and otherwise artistic endeavors. For the launch of his fashion line’s third season and his latest album, “The Life of Pablo,” Beecroft crafted a sold-out performance at Madison Square Garden that had more real-time viewers than any work of performance art in history so far. (For better or worse.)

Interdisciplinary artist Merritt Johnson is of Mohawk, Blackfoot and non-Indigenous descent. As such, her work continually addresses place, origin, our responses to violence, and our inability to see what’s right in front of our faces (namely suffering as well as beauty.) Much of her performance work uses a DIY-style video tutorial format — the kind you might find on YouTube about scrapbooking or sock-knitting. But Johnson’s how-tos, such as “Land Goggles” and “Exorcising America,” are more concerned with teaching viewers how to re-examine our beliefs about what we’ve been taught — and who taught us. For Johnson, everything we think we know about place and our place inside of it, is up for revision. 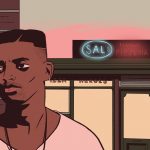