Frankie Cosmos is too cute for words, and it works.

Music journalist Ezra Furman wondered of Greta Kline’s (a.k.a Frankie Cosmos’) newfound fame on The Bandcamp Blog “whether the newfound attention will weaken her music’s strengths, or amplify them.” It’s a query that makes sense, but also fundamentally denies the magic of Frankie Cosmos. Frankie Cosmos is a musical entity in which each song acts like a tiny terrarium; they are self-sufficient musical ecosystems regardless of media attention. Though they may be slightly more polished than their original iterations on various demos, the core ethos of the songs — a nonchalant wonder hiding an undercurrent of boundless tenderness — remains the same.

“The Next Thing” is Kline’s second album on a major label (Bayonet). Before she was signed, Kline released over 40 albums on her Bandcamp site under various monikers, including “ingrid” and “Zebu Fur.” Often, the songs on these albums are source material for her studio releases.

“Embody,” which originally appeared on 2014’s “Affirm’s Glinting,” is a good example. The strumming on the demo is quick — almost frantic — as Kline musters the strength to proclaim, “Someday in bravery/ I’ll embody/ all this grace and lightness.” It’s a song about the inherent bravery of not knowing — a micro manifesto of sorts — clocking in at a minute and 41 seconds. The studio version includes an intro with a full band, but Kline’s vocals are isolated with only the faintest inkling of that familiar acoustic guitar as she sings the opening lines. If the demo is a cohesive snapshot in time, then the studio version is a fleshed-out realization. Maybe that’s what makes this album such a deeply satisfying listen. It’s a testament to just how brightly Kline can shine when given the proper resources and studio space.

The studio version of “On the Lips,” from 2013’s “I’m sorry i’m hi let’s go,” feels particularly triumphant. No magic is lost, but now there’s a drum track and the vocals are mixed so the lyrics can be heard more clearly. One of my favorite things about Kline is her musical sense of interiority: Her songs feel intimate and accessible. As a full album, “I’m Sorry I’m hi lets go” sounds so cozy you’d think it was recorded by your friend in their bedroom. There’s a bit of a distance in the tracks on “The Next Thing,” but that’s not a bad thing — it’s a distance of growth and maturity that shows the world that Frankie Cosmos is ready to take on the indie music scene.

Already, it seems as though indie music is more than happy to have her. Pitchfork named “On the lips” a “Best New Track.” Young,” a track from 2015’s “Fit Me in” EP, was featured on both MTV’s “Catfish” and Spotify’s “Women of Indie” playlist for Women’s History Month.

In addition to plenty of newly spruced-up demos, “The Next Thing” is also full of brand new tracks. “Fool” is a dreamy little song that uses a peppy drumbeat to bolster Kline’s peculiar sense of lyricism. Lines like, “I thought we could eat bread/ I thought we could talk/ on darker days/ with our boots kicked off” seem oddly familiar in their specificity; the chorus is bouncy but there’s a jaded undertone.

“The Next Thing” allows Kline to explore darker themes within her own songwriting. “I’m 20” is a commentary on how quickly the music industry can age you: “I’m 20/ washed up already.” Kline’s songwriting style ranges from observational to love-struck, in a move that might seem too twee to bear for some listeners.

And yet, I find myself continually drawn to this music precisely because of its unshakable optimism. Frankie Cosmos’ world is wonderful. It’s full of dogs and stoned trips to diners. It’s the kind of world I want to live in — but that’s not to say it’s without nuance. This album provides a glimpse into the music world that is unpretentious, proving that anyone can make music if they love it enough. There is an unprecedented sense of accessibility; an encouraging whisper to all the girls who are iffy about starting bands.

People are quick to dismiss Frankie Cosmos as “cute,” but cute alone doesn’t produce over 40 albums independently. Those early albums lay the groundwork for the polished tracks, which are now lounging on Spotify, eager for consumption. Frankie Cosmos is here to stay; ready to keep playing and writing; ready to leave the realm of DIY bedroom aesthetics; on to the next thing. 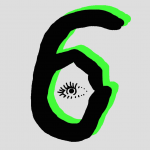 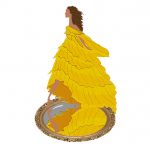