The School of the Art Institute’s (SAIC’s) 2016 Fashion show will take place on May 13 at Garfield Park Conservatory. The conservatory—one of the largest in the nation often referred to as “landscape art under glass”—will set the stage for senior Fashion students to showcase their final work.  It will also provide an installation space for sophomore, junior, and senior works that will be on display from May 13 to 15. Here, seven seniors discuss their upcoming collections. 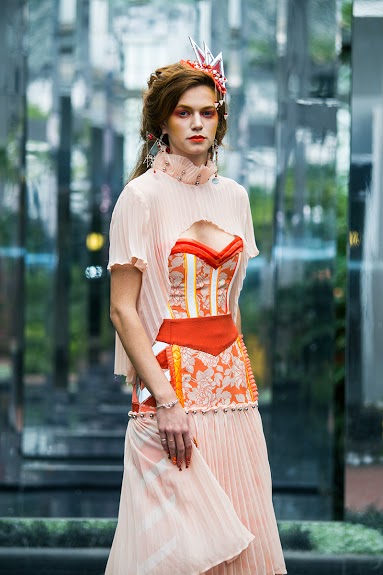 I took inspiration from the body of work of Sir Isaac Newton. Because I can’t ever get to know him, I took this idea of this person that I idolized and built the collection based around his life story from books and things that I imagined him to be. I interjected weird parts of his personality and his work into my collection, mostly his work about the prism dividing white light into the color spectrum. That’s how each look ended up one light color, all shades of orange, yellow, and green. 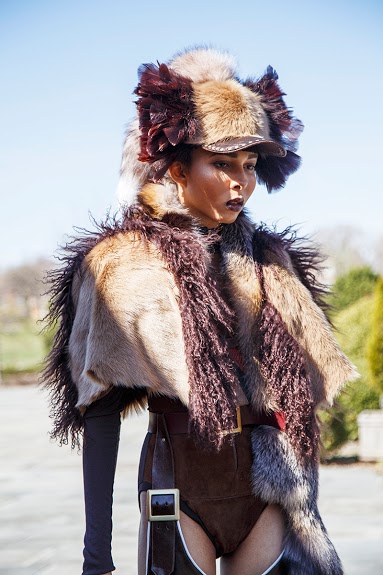 My concept involves dealing with how I used to be very overweight, and I lost over 50 pounds. The world sees you differently. Accessories are kind of the most accessible part of fashion: It doesn’t matter what size you are, anyone can carry a great bag, or wear a beautiful pair of shoes, and feel like they’re involved in fashion. Most of my work is in leather, and I use a lot of exotic skins, like crocodile and anaconda. I like overdone luxury, where it’s kind of unnecessary. Like a bag, with a bag and a keychain. The clutch has its own carrying case. 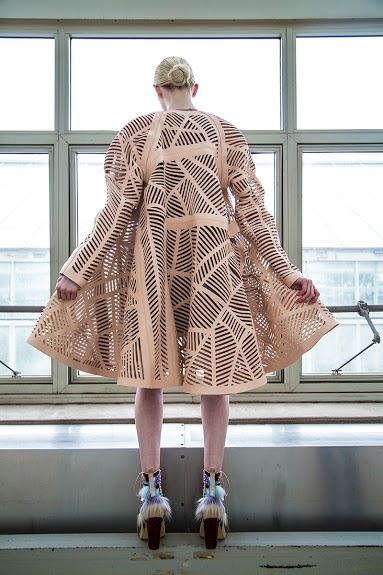 I was living in Brooklyn this summer, and I was inspired by looking at the architecture and trying to map together all of the neighborhoods. A lot of my work has a lot of asymmetry, patterning that looks like maps and the gridding in the city, and handwork that’s organic and layered or puzzled together. 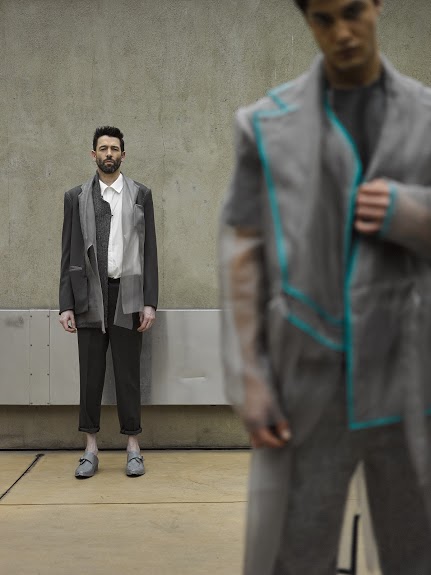 I started when I visited my old house, and it had been completely remodeled. I was thinking about how the house was gone, and eventually my memories are going to fade. I began with classical menswear pieces, and manipulated suits, making parts of a suit disappear and reappear. I’ve made pieces sheer to try and show these layers of memories that are changing and fading and disappearing. 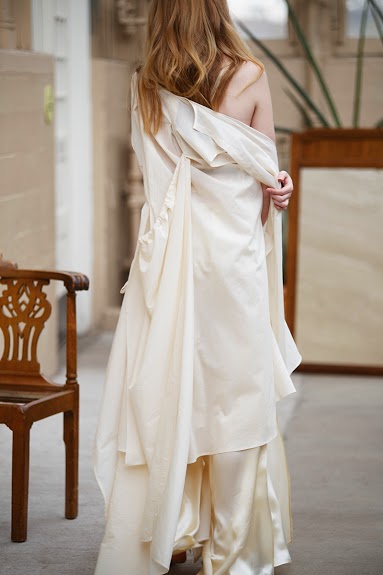 I found this letter that was written from a brother to a sister in 1850. It was packed with so many details, and so much love. They hadn’t seen each other for a long time, and he talked about how he was getting up really early in the morning and doing all of these things, and one of them was writing that letter. A lot of the collection came from thinking about this process of waking up in the morning and doing something before your day gets started: Thinking about that time as a moment of peace, that moment when you’re walking down to street and going to work at seven in the morning and you feel like you’re the only one out. There’s a moment of travel, whether it’s from home to work or from your bed to the floor. I love drawing into the fabric and creating shapes by intuitively draping elements. 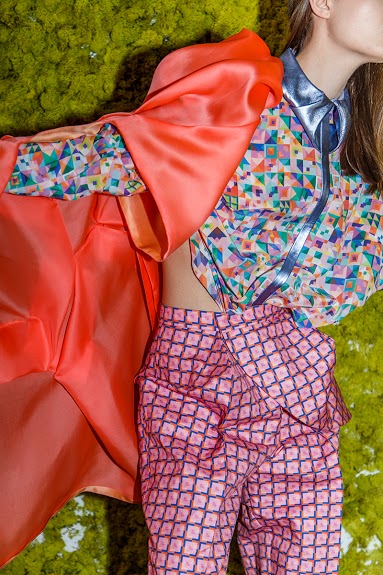 I was inspired by a video game I was playing, about this character who finds out that his world is actually 3D. I think I have 300 prints that I developed, building on that idea of ambiguity from 2D to 3D. I also used origami and folding to emphasize that contrast. 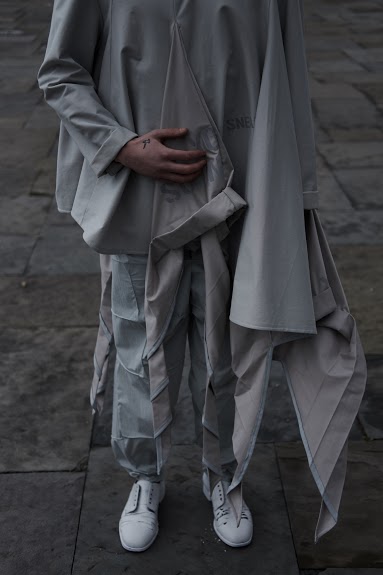 My collection is about how I grew up in a military family, with a very strict upbringing. Going to art school kind of made me the black sheep of the family. It’s all about navigating the idea between strictness, rigidness and uniformity, and then my coming here and being able to have creative freedom and expression. 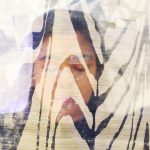 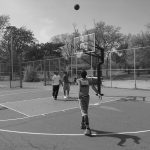 Building and Rebuilding Relationships in Gary