Valentine’s Day Netflix Picks for All

Whether your coupled up or alone as can be, we’ve got you covered.

Even with all the scandal around the supposed “Netflix and chill” pick-up line, settling in with a movie (yes, an actual movie) can be pretty enjoyable — and it’s the perfect way to begin or end your Valentine’s Day. Whether you’re desperately alone, with someone who loves you a little too much, or spending the day apart from the one you love, “Netflixing” is a logical choice for the oft-bemoaned February holiday. Here are some recommendations for the big V-Day:

This flick is perfect for reminiscing about those middle school days. It’s great for being with your friends, family, or your significant other, if you’re keeping things PG. Jennifer Garner plays 13-year-old Jenny who wishes desperately to be loved by her high school crush. After a magical (but not in the typical way) game of Seven Minutes in Heaven, she wakes up as her 30-year-old self. Jenny indulges in the perks of being an adult, and finds out who she can actually trust.

If you want to avoid the topic of love, “Pulp Fiction” may be perfect for you. Even films packed with action usually find a way to wrangle some love into the mix, but Jackson and Travolta show no mercy when dealing with American gangsters, drugs, and money. This classic film has a winding plot, and an action-packed series of events that will keep you immersed in the world of Quentin Tarantino. From “Calm down, honey bunny,” to “Say what again,” this film will keep you laughing and on the edge of your seat all the way through.

“Blue is the Warmest Color”

If you want to get the night started with a hint of romance, “Blue is the Warmest Color” is a great pick for a night of snuggling under the covers. This French film is worth its length. Seydoux and Exarchopoulos play a couple who break traditional film boundaries. Their love goes from new exciting to lustful and rushed. At turns heartbreaking and soul-crushing, this movie will be pulling at your heart strings — unless the steamy love scenes drive your attention from the screen.

“The Life of Birds”

Nothing is more romantic than a hunky British accent and a bunch of birds. Whether you’re alone or coupled up, you’ll appreciate the family-friendly sex scenes in this series. “The Life of Birds” is technically a television show for the BBC, but it’s so deftly documentarian we’re letting it slide onto this list. If you and your honey don’t want to mate after watching the ill-fated Kakapo (who apparently only get it on every four years), I don’t know what will.

This is a great movie to watch if you’re alone and want to see how ridiculous love can really be. In this Audrey Hepburn classic, Audrey plays a princess who escapes fame and fortune to fall in love (very quickly) with a tabloid reporter who takes her under his wing. Don’t be fooled: That kind of love never lasts. Sure, it seems very happily-ever-after in the movie, but anyone with any notion of logic knows that it takes a lot longer than a few crazy days to seal a relationship. Throw this on, gawk at the costumes, pour yourself a glass of wine, and revel in your singledom. 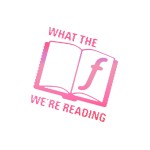