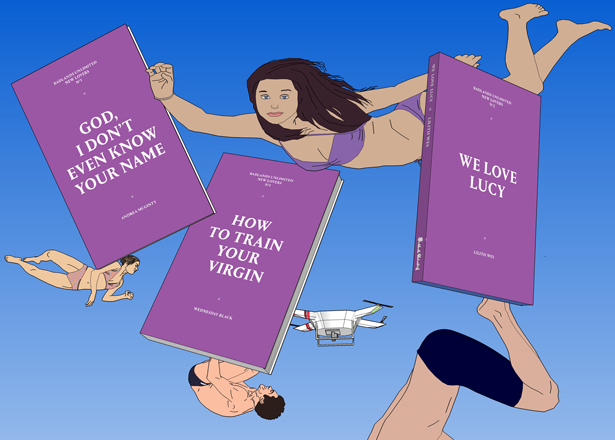 Paul Chan, who was an editor at F Newsmagazine for several years as an undergraduate, has come a long way. His work has been exhibited at the Whitney Biennial, the Venice Biennale, and the Museum of Modern Art, among many. Last year, he was awarded the coveted Hugo Boss Prize in a ceremony held at the Guggenheim, with a corresponding exhibition of his work. He’s considered one of the most forward-thinking multidisciplinary artists working today (he’s been featured in The New Yorker, BOMB, Vogue, and plenty of other publications), and he’s recently started publishing erotic literature through his publishing house Badlands Unlimited.

“I think working at F Newsmagazine was very important because it was there I congregated with a bunch of other Philistines,” artist Paul Chan told me at the beginning of our interview. When Chan came to SAIC as an undergraduate, he did not feel connected to art in the context of museums and galleries. His interest was not in art, but in writing and publication-making. Working as an editor at F for three years, Chan discovered that art can take on many interactive forms in different spaces and in various capacities. Publication design made Chan feel connected to art because it gave him the freedom to deconstruct what seemed like artistic limitations. This philosophy has informed Chan’s diverse body of work, which includes an experimental publishing company called Badlands Unlimited, founded in 2010.

Chan is articulate, complex and a challenges the familiar. During our discussion, he elaborated on “New Lovers Trilogy,” his role as publisher, and how he is interested in sex as a narrative device, rather than a tool of exploitation.

AO: How do you think that Badlands — an erotica series — will change and perhaps even open up people’s ideas about sexual expression?

PC: I don’t know if it will change other people’s ideas of sexuality. But I do know that our idea of sexuality has changed from working on the books. Because even though we are publishers, we’ve never published erotica before. Not only that, we don’t even read erotica. So we’re absolute beginners in this. But I think part of the pleasure of doing Badlands is that even though we’re absolutely beginners, we can still give it a go. What we get out of it and what the experience will be — it’s been a very good one. We’ve come to learn and understand what it is that we want to read about, the notions of sexuality and pleasure and what is pleasing and not pleasing about being here today. Also working with these young writers — all the writers are first time writers of erotica and it’s been a lot of fun and a lot of work. Helping them shape their stories, to publish them and to bring new audiences into the fold of erotica. The people who know Badlands tend to come from contemporary art and they may read erotica, but it’s not something that they typically read. To open up new readerships for this kind of work is what we’re trying to do.

A few weeks ago I went to a Sex-Positive show in Chicago. They pick a theme for each show — this theme was polyamory. So many of the performers talked about their experience with multiple sex partners—

Polyamory? Is that what that means?

Polyamory is dating or being in a relationship with multiple partners.

Oh I see. OK, cool. Like polygamy I guess.

Kind of, but polyamory is not rooted in marriage.

But does polyamory include all genders? Is it sexual-identity fluid, or is it not?

It’s more about your relationships with people, not rooted in a particular sexuality.

And the people who identify as polyamorous, do they tend to be one gender?

I don’t think so. It’s more defined by having an open relationship. I would say that polyamory and open relationships are pretty synonymous. But it’s more about the acceptance of all parties involved. So, everyone involved understands that their partner is dating multiple people at once.

I find it interesting that in “How to Train Your Virgin,” the character of the Queen is motivated by jealousy and ownership. Do you think, when it comes to sex and relationships, that people can detach or escape the desire for exclusivity or jealousy — do you think that people can really escape jealousy?

Wow. That might be the toughest question I’ve ever gotten, talking about “New Lovers.” Well, as a publisher, or, just speaking as me, I don’t know. That’s a good question. There many elements to this complicated emotion called jealousy. Sex and betrayal perhaps being only some of the elements contributing to it. I don’t know. What I do know is that within the framework of a story, the element of jealousy is part of the very important artistic material in crafting a story. I think “How to Train Your Virgin” would not work as well as a novella if the queen did not feel jealous — that through the Queen’s jealousy she had to find a way out of the story, out of this feeling. So if the character wasn’t jealous, there wouldn’t be much of a story. Perhaps piece of mind comes from not having much of a story. I think peace of mind is very important. On the other hand, a good story is pretty important too.

As a publisher, I thought it was great that the author, Wednesday Black, worked jealousy into the dynamic as part of the story telling. It made the sex in the story hotter. Because the sex and pleasure is deeper and more substantive when you take into account the idea that your brain is the biggest sex organ you own. That when sex and pleasure become numbing or unproductive and maybe not sensual, it’s typically because one is treating sex and pleasure simply as a sensation — almost like a utilitarian function. Whether it’s for you to “get off” or for you to procreate or any number of things that reduces the feeling of sex, the mere sensation.

On the other hand, we know that sex and pleasure is certainly heightened by how it invariably entangles itself with emotion and concepts. Even reasoning. I think that’s what makes erotica seductive and pleasurable to read. Unlike pornography, erotica uses sex and pleasure as what I’ve been calling a “knotting point.” “Knotting” is an old Lacanian idea.

I don’t know much about the Sex-Positive movement — at Badlands, when talking about “New Lovers” we have a pithy saying: “Sex isn’t sex when it’s about sex.” I think that connects to the knotting point idea. That we think we know sex and I think in many ways as adults we do know sex. But we also know that when sex is being hoisted onto us as a solution or form of therapy, however good it is, it may never be enough. I think people should find what’s pleasing about themselves, and what pleases them. Life is … hard. And sex and pleasure and sexual pleasure is one of these ways in which we feel like we can renew ourselves. Like a good night of sleep, to tell you the truth. It’s renewing when the experience is good. But we also know that the experience of sex can be bad. Terrible and violent. All the things that we associate with having terrible experiences can be constituted as sexual. From Boko Haram, kidnapping girls and women in Africa, to Isis, to all the stories about rape culture at universities. We know how terrifying sex can be. So to act as if sex, if you stay positive about it and open to it will give you the kind of solace that you’re looking for, is to miss the point what sex actually is.

Yes. Historically and presently, as you’re saying, sex is used as a physical and psychological torture tool. Because it is so powerful and it is so intimate and it’s interesting and scary to see the spectrum of how sex is exploited, or explored.

Yes. And maybe the most important thing for me and for Badlands is to be open to that whole spectrum. With “New Lovers,” we’re not saying that you should have more sex. We are saying that in reading about sex and pleasure and how it’s a knotting point for so many other things, maybe we can be turned on at the same time that we think through what is pleasing and not pleasing. That’s the important part. That we don’t want to use sex as a weapon whether for positive ends or negative ends. Actually, we don’t feel like we have to sell sex. It sells itself. 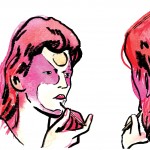 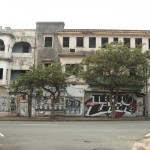