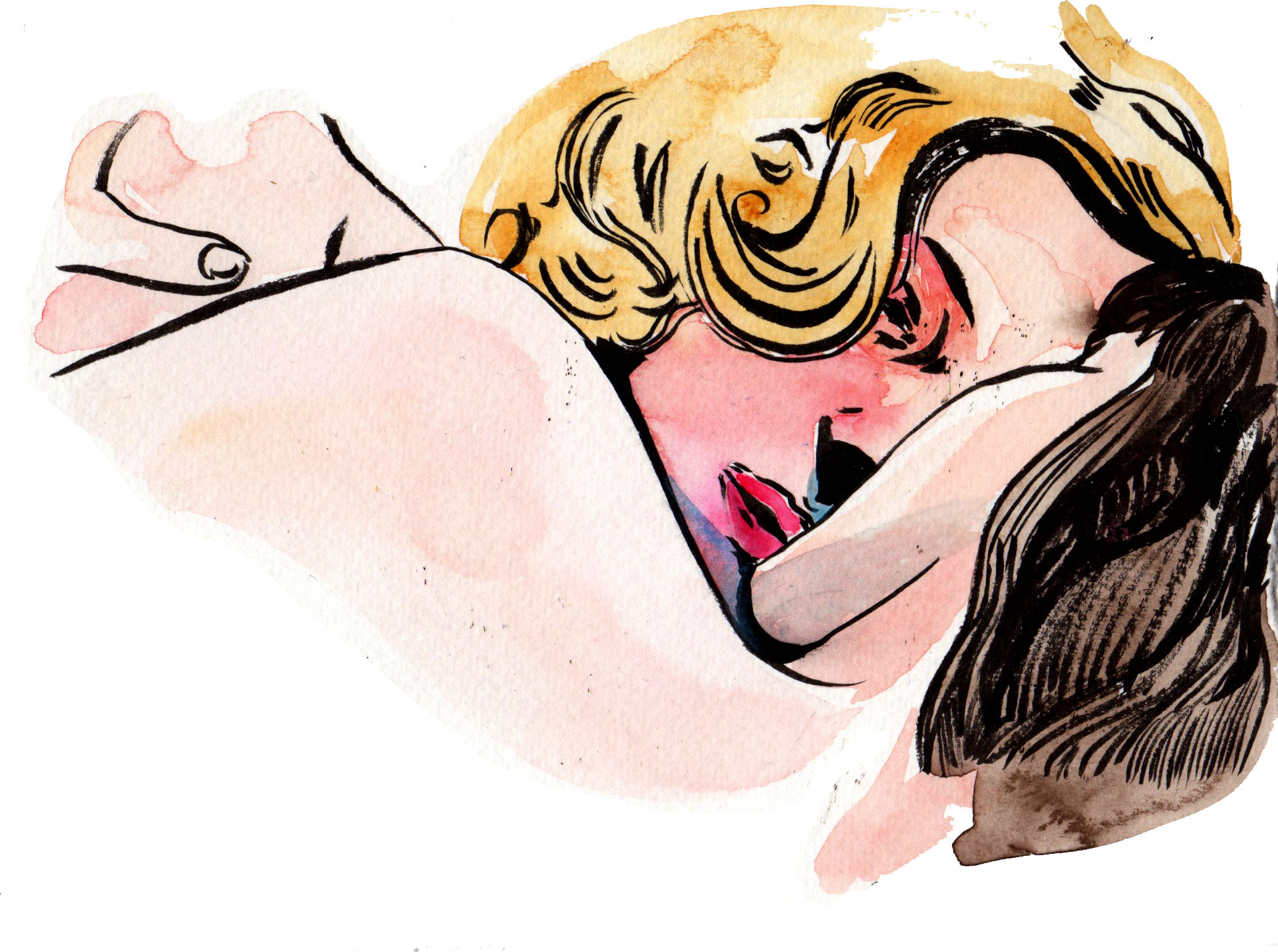 There’s a quintessential love-at-first-sight moment toward the beginning of “Carol.” The scene takes place in the toy section of a department store in the 1950s, where Therese (Rooney Mara) works. She is doing inventory in the doll collection when, across the bustling holiday crowd, she sees Carol (Cate Blanchett) for the first time. She freezes with that telltale look of instant infatuation. She looks like she is practically unable to breathe. An anxious woman and her daughter jostle into Therese’s line of sight, and interrupt with a question about dolls (isn’t that always how it goes?), and by the time they’re satisfied, the beautiful woman is gone.

But Carol has noticed Therese. Within moments, they’re chatting about dolls and train sets, and the chatting begins to look a lot like flirting. When Carol leaves, she forgets her gloves. Therese notices the gloves, and she wonders the same thing the audience does: Has she left them behind on purpose?

The story of “Carol” is familiar. It’s a straightforward tale of love and longing, complicated only by the era in juxtaposition to the characters’ sexualities. In the ‘50s, being gay was considered a woeful abnormality, indicative of extreme mental unrest, and was treated as an under-the-table crime. Carol’s sexuality puts her relationship with her daughter in jeopardy, on the grounds of a so-called “morality clause.”

Blanchett and Mara are indeed marvelous, and both were recently nominated for Academy Awards for their performances in the film. Mara particularly shines, because her character is a person we all recognize in ourselves: She is falling in love for the first time in her life. She looks down more often that an ordinary person would, smiling softly. She subtly conceals her excitement when she speaks. There is a quality to her person — her affect, her walk, her gaze, all of it — that betrays her. She looks like someone who honestly believes that maybe, just maybe, magic might exist.

Maggie Thrash published a somewhat comparable story in September 2015 with her graphic memoir, “Honor Girl,” which tells the story of her own first love. It takes place when Thrash is 15, and at a similarly taboo place: an all-girls summer camp.

Toward the opening of “Honor Girl,” Thrash depicts a scene reminiscent of the department store encounter in “Carol.” Maggie, a chronic sleepwalker, has a conversation with an older counselor named Erin about what it’s like to go to sleep chained to a bed. Erin thinks it’s “definitely cool.” Maggie thinks Erin is definitely cool, too, but she doesn’t want to let on. Erin leaves an arts-and-crafts card with Maggie, and Maggie falls asleep looking at it.

Both “Carol” and “Honor Girl” present stories about the kind of love that young people expect to experience. There are moments in each where the world seems to turn inside out. Therese in “Carol” and Maggie in “Honor Girl” are both dizzy in the thick of it; they laugh when nothing is funny; they break rules without thinking twice. Both stories do an admirable job of magnifying injustice. They take place inside inflexible, unaccepting worlds; and yet the honesty of the love — the desire, the pain, and the devotion — cannot be disputed. If there are people out there who still don’t recognize the price that LGBTQ people have paid for their love, each of these stories shines a noble light.

However, “Honor Girl” succeeds in one vital area where “Carol” fails. “Honor Girl” — which is a memoir, after all — recognizes this first love for what it is: a first love. First loves, regardless of gender, usually do not last. When we are young, we are not fully formed enough to know the things we want. First love can make you feel drunk. You can believe with all your heart that you will never want to be with anyone else for as long as you live. But it inevitably changes. The pain of that change is one of the most quintessential parts of being human.

“Carol” makes the opposite seem true. Therese is presented as a person who knows exactly what she wants. Therese and Carol, despite the fact that the audience never really sees them getting to know each other or learning each other’s idiosyncrasies, are implied to be soul mates. They see each other across a store, and they fall in love. Although there are hardships, this lasts forever. The end.

“Carol” is based on a 1952 novel titled “The Price of Salt,” by Patricia Highsmith. The idea that anyone can know who they ought to spend the rest of their lives with at the age 19 is a 1950s idea, but it’s a dangerous one. And it’s been pretty persistent. The entire romantic comedy industry is constructed around the idea that a young person can meet someone, spend a few weeks getting to know them, encounter hijinks, but ultimately end up together, forever.

It’s important for all people to feel represented when watching television, reading books, and seeing movies. “Carol,” unfortunately, does little to advance that agenda, because the audience sees a couple apparently made for each other, despite no discernible emotional connection. This is not what love really looks like.

“Honor Girl,” on the other hand, offers a similar set-up, with an ending that more closely resembles real life. It’s completely heartbreaking; it shreds the reader to pieces. But on the other hand, it tells the truth. And really, isn’t that what we want our art to do?

One Response to A Simple Kind of Love