Continuous protests call for an end to systemic racism and structural oppression in Chicago and beyond.

After the long-delayed release of the video of Laquan McDonald’s murder and indictment of the police officer who killed him, Chicagoans have been speaking louder and louder about the injustices that have been the everyday for too long. From the Ferguson protests and the Trayvon Martin case, to a mass shooting of a black church in South Carolina, to the deaths of black individuals in police custody, communities are pushing for radical change. Activists are speaking out and creating what might become a paradigm shift for Americans who don’t see — or choose to ignore — what is happening in the streets. The release of the Laquan McDonald video brought this national discussion to Chicago’s front door.

Protesters have taken to the streets in frustration. They feel Chicago is mired in corruption, and is plagued with deep structural injustices. Black Lives Matter activists organized a march on Michigan Avenue on Black Friday, where protesters voiced their anger, concern, and deep disappointment in response to the release of the video.

Despite Mayor Rahm Emanuel’s public apology regarding the handling of the video, protesters called for his resignation last week, as well as for the resignation of State Attorney Anita Alvarez. Protestors feel both Emanuel and Alvarez have broken the trust of the public in their handling of the McDonald case.

“Sixteen shots and a cover up,” chanted the crowd; “no justice, no peace.” Staging mass “die-ins” throughout the march, protesters laid in the street, counting to 16 to highlight the 16 shots fired into McDonald’s body by Officer Jason Van Dyke. Protests continued throughout the week, circling the courthouse downtown, and continuing to other sites of symbolic importance.

Within the past week, the U.S. Department of Justice began a historic civil rights investigation into the Chicago Police Department. The investigation will focus on the department’s use of force and the ways in which officers are disciplined; it will also further probe the McDonald case.

Larger questions remain. What happens when there isn’t a witness or video to hold officers accountable? When there is video, how is it that those who have been elected to serve and protect their communities are able to go to great lengths to obscure the truth? It is impossible to imagine the number of injustices that have gone unseen; the families of the deceased left alone to shoulder their pain.

Chicago has a broken system. Chicago’s elected officials have broken the trust of its citizens. Protesters are fighting to change larger systems of oppression; they demand transparency to restore trust between the state and the community, and a recognition of structural and targeted violence against black communities. We are in the midst of another Civil Rights movement; there is so much left to change until disenfranchised communities are given equal rights and equal access to opportunity.

Opal Tometi’s article published last week in TIME argues that the Black Lives Matter movement is in reality a human rights movement. Tometi, who is a cofounder of the movement, writes, “The current struggle is not merely for reforms of policing, anymore than the Montgomery Bus Boycott was simply about a seat on the bus. It is about the full recognition of our rights as citizens; and it is a battle for full civil, social, political, legal, economic and cultural rights as enshrined in the United Nations Universal Declaration of Human Rights.”

As in Baltimore, Ferguson, Minneapolis, and New York City, Chicago is not just looking for the indictment of an officer or the resignation of an elected government official that has broken the public’s trust. Activists are fighting for something larger: To change the entire system. 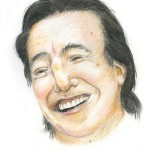