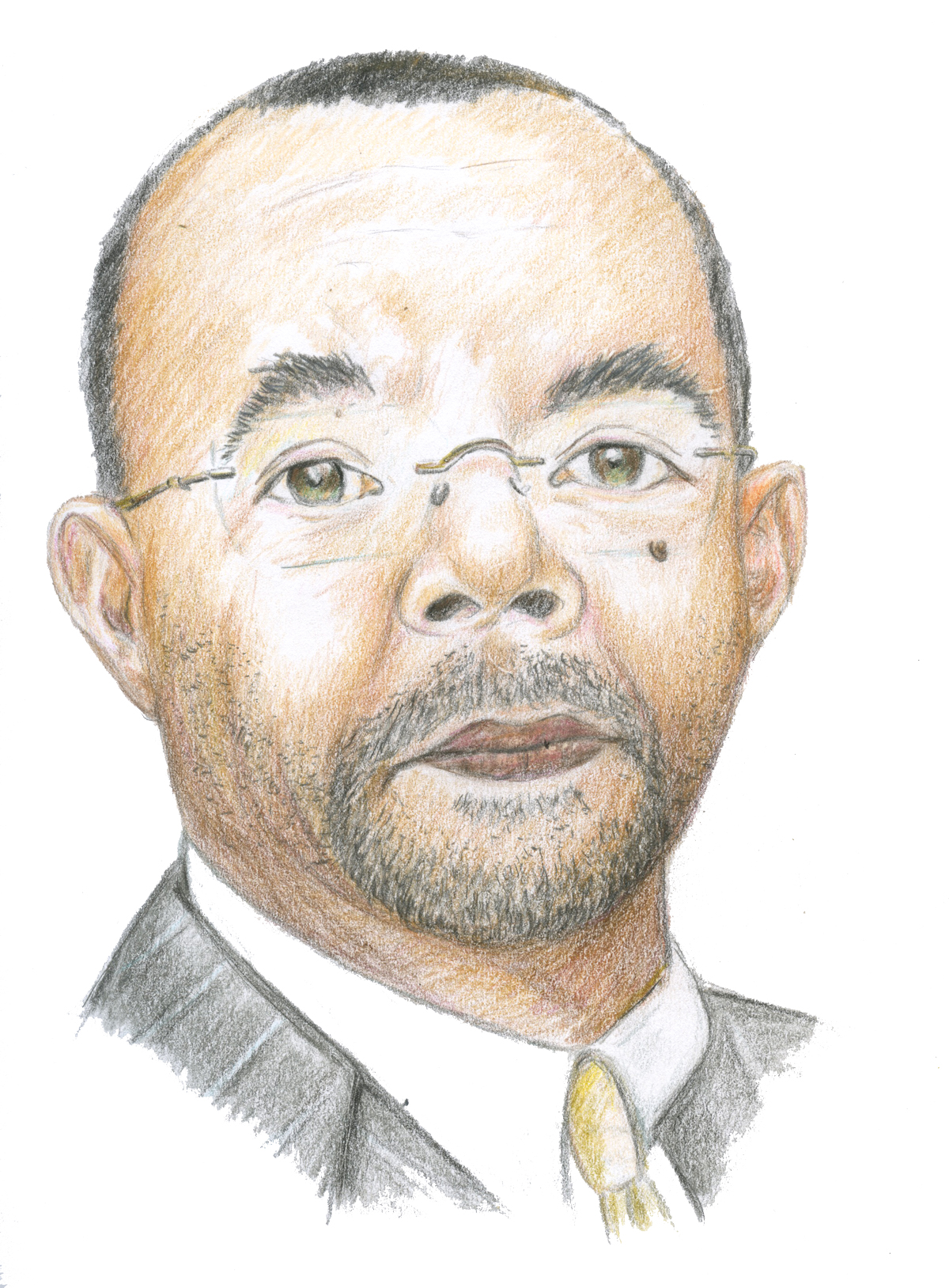 Famed scholar and documentarian Henry Louis Gates, Jr. spoke to a small but enthusiastic crowd in Rubloff Auditorium at the Art Institute of Chicago on October 8 as part of the Diversity Action Group’s Reframing Visibility Symposium.

Gates, currently the Alphonse Fletcher University Professor and the director of the Hutchins Center for African and African American Research at Harvard University, was the keynote speaker for the weekend-long event which, according to DAG, sought to “bring students, faculty, and staff together in conversation around issues of identity and representation in the contemporary art world at large and in our own community at the School of the Art Institute of Chicago.”

Gates is perhaps one of the most important and influential living scholars on African American history. He has written numerous books including “The Signifying Monkey” and “The African American Century: How Black Americans Have Shaped Our Century.” However, Gates is perhaps most widely known for his two PBS series “African American Lives” and “Finding Your Roots.” Both series trace the ancestry and genealogy of prominent celebrities, artists, performers, and scholars.

Gates began the lecture speaking at length about his long, close friendship with SAIC president, Walter Massey. Just moments prior, President Massey introduced Gates as his friend “Skip.” Gates praised Massey for his efforts to diversify corporate America through his tenure on the boards of Bank of America and McDonald’s.

Gates let the audience know early on that he had real art credentials. “I’m on the board of The Whitney and The Studio Museum,” he said. He expressed that he always had a love for art, briefly mentioned that David Adjaye designed the Hutchins Center at Harvard, and informed the crowd that one of his most recent projects was a book on Frederick Douglass’s four treatises on photography.

Gates prefaced the substance of his lecture with a brief video clip of “Finding Your Roots,” which featured Oprah, Maya Angelou, Chris Rock, Senator John Lewis, among others. The majority of the lecture, in fact, focused on the PBS documentaries.

appearance confused and fascinated him. Much later in life Gates had a moment he described as “an epiphany,” where he realized he could join his interest in family history, African American scholarship, and the burgeoning science of gene-mapping.

Gates claimed that he first approached Quincy Jones for the show “Find Your Roots” in the hopes that Jones could convince Oprah Winfrey to join the production. Gates needed 6 million dollars to fund the show, and saw Oprah as the key to coming into those funds.

Gates said to Jones, “What if I could do for you what Alex Haley did for himself?” Jones was interested, but Gates pressed further asking if he could get Oprah to get on board with the project. Jones said no but encouraged Gates to write Oprah personally. Oprah eventually called Gates and agreed to get on board.

Oprah’s participation gave Gates leverage with network executives. “How would you like to know what tribe in Africa Oprah Winfrey’s ancestors are from,” he pitched.

“It was like an ATM machine (sic) descended from the sky. ‘How many millions do you need?’” Gates said.

PBS picked up the show, which garnered a large viewership and critical acclaim.

Gates later expanded the franchise to include other demographics after someone confronted him saying the show was “racist” to focus solely on black people. Gates asked one of his advisers if this was a valid claim and wondered if he should expand the show to profile prominent white figures.

The adviser reportedly responded, “There are a lot more white people drinking Coke than black people.” And “American Lives” was born.

Gates used what he referred to as “the Noah principle” for the new show: He featured two of every kind of person. Two white people, two Jewish people, two Asian Americans, two black people, and Meryl Streep because as Gates said, “I love Meryl Streep.”

Gates did not say much about the more academic research part of the project until the end of the lecture. In this section, Gates highlighted some interesting historical and genealogical insights. He said that of the millions of Africans who were a part of the transatlantic slave trade, only 388,700 slaves came to the United States between 1619 and 1860. Forty-four percent of these slaves came through Charleston, South Carolina. Gates pointed out that few slaves were brought to the United States because it was one of the only slave systems that “grew” its slave economy—slaves were bred so that slave populations became a self-­sustaining institution.

Gates also discussed the three most popular myths of African American genealogy. The Igbo Princess Myth is popular mythology among some black Americans who believe they are descended from Nigerian royalty. There is seldom any proof of such history. My family was never enslaved myth. Some black people believe that their ancestors were never enslaved.

According to the myth, the ancestors gained freedom early on and the descendants thus never encountered slavery. It’s often associated with the myth of the Igbo princess. A wealthy white man is so enraptured by an Igbo princess’s beauty that he buys her freedom at auction, thus freeing her and all her descendants.

Saying “my grandmother was Cherokee” was a way to account for the differences of features in black Americans and black Africans by identifying with another group of oppressed peoples. Gates illuminates that such solidarity was perhaps more complex. The Five Civilized Tribes, Cherokee, Chickasaw, Creek, Choctaw, and Seminole, were deemed “civilized” in part due to the fact that they owned slaves.

Gates ended the lecture with an invocation to motivate young black children toward education. He seemed to be speaking with a sort of nostalgia and irritation at “kids today.”

“When I was a black kid, the blackest thing you could be was an educated black man or woman. Not a basketball player or entertainer,” he said. He ended with, “We can help to take the community—not back to the future—but black to the future.”

When pushed slightly in the Q&A about youth today not aspiring to be educated, Gates persisted. He claimed that his critique was about systems of access, and made an interesting claim about increased access to education for black youth. Gates said that reparations should take the form of “more affirmative action.” He advocated for the kind of affirmative action programs that allowed him to go to Yale.

The lecture had a very informal tone, which was perhaps not the sort of academic engagement DAG had hoped for. The talk focused primarily on how Gates’ shows came to be, and less on the complex topics the show engages with—slavery, race, and individual people’s relationships to America’s beautiful and painful histories. Nevertheless, Gates was energetic, engaging, and insightful.

Surprisingly, Gates did not discuss — nor was not asked in Q&A — about the recent scandal with Ben Affleck in which leaked e-mails revealed that Gates caved to pressure from Affleck to cut a portion of the show that revealed one of his ancestors to be a slave owner.

Affleck issued a public apology, and Gates also apologized after PBS found him guilty of violating their editorial standards.

It’s disappointing this was overlooked in the lecture for several reasons. For one, Gates talked at length about the financial needs of the shows and the external pressures that shaped it into what it is. Talking about the Affleck controversy could have provided an interesting insight into that negotiation.

Secondly, “getting it wrong” is a great entry point into conversations about representation and visibility. The fact that a MacArthur Genius, Peabody Award-­winning professor of African American history at Harvard could get it wrong shows the complexity of these conversations and that there is still space in the dialogue even when you err.

The Gates lecture and the Reframing Visibility Symposium point to SAIC’s efforts to engage with the issues of representation and inclusion. Hopefully, as Dean of Faculty Lisa Wainwright has expressed, the SAIC community will understand this dialogue as “a collective responsibility to sustain these discussions throughout the year in our classrooms, studios, and in the ways we interact with one another daily.”

SAIC Henry Louis Gates, Jr. On His Roots and Beyond
« Previous Story 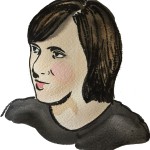 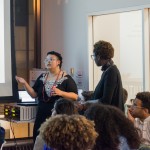