Donald Trump’s “tell it like it is” bravado on issues of race and immigration may be undoing half a century of political work. Since the Civil Rights era of the 1960’s, Republicans have walked a fine line, having to appeal to white conservative racial anxieties while avoiding explicitly racist language. Republican strategist and presidential advisor to George H.W. Bush and Ronald Reagan, Lee Atwater, said of the strategy in a now infamous interview:

You start out in 1954 by saying, “Nigger, nigger, nigger.” By 1968 you can’t say “nigger”— that hurts you. Backfires. So you stay stuff like forced busing, states’ rights, and all that stuff. You’re getting so abstract now [that] you’re talking about cutting taxes, and all these things you’re talking about are totally economic things and a byproduct of them is [that] Blacks get hurt worse than whites. And subconsciously maybe that is part of it. But I’m saying that if it is getting that abstract, and that coded, that we are doing away with the racial problem one way or the other. You follow me–because obviously sitting around saying, “we want to cut this,” is much more abstract than even the busing thing, and a hell of a lot more abstract than “Nigger, nigger.”

For decades, conservatives have advocated for policies with disparate racial impact, much of which was coded in the language of “small government.” Donald Trump doesn’t speak in code. This is a man who flies to own his rallies in a helicopter with his name on in it. Donald Trump refers to minorities as “the blacks,” the Mexicans,” and constantly invokes the fear of “losing” to Mexico and China. He has referred to women as pigs. He uses the racial slurs “anchor baby” and “illegals,” and refers to undocumented immigrants as “rapists” and “drug dealers.” There is no ambiguity to his rhetoric—he is brazen and unapologetic. This frank and racist language is what some conservatives say they find “refreshing” about the candidate. Donald Trump’s popularity is actually due to his rejection of what he deems “political correctness.”

Much of the talk around Trump characterizes his rise as owing to the force of his personality as opposed to his ideas. It is perhaps more complicated than that. One Trump supporter interviewed in the New York Times said of the presidential hopeful, “People are starting to see, I believe, that all this political correctness is garbage,” he said. “I think he’s echoing what a lot of people feel and say.” Trump supporters aren’t responding to new policy shifts, but what they see as the lifting of social restrictions— restrictions which mandated issues of race be spoken about delicately or in code. Conservatives are claiming they’ve felt restricted in voicing their sentiments on immigration, race, and foreign policy. Furthermore, the representatives who they’ve supported in the past perhaps shared similar views, but weren’t honest enough regarding their agenda. Conservatives are pushing back against the Atwater coded language and have finally found a candidate willing to explicitly voice their racial anxieties. Trump’s run isn’t just about the freedom of one man from the constraints of political correctness; it is about a cultural shift in the larger electorate.

Recently, two white men in Boston beat up a homeless Latino man and specifically invoked Donald Trump’s anti-immigrant message. His initial response to the news was to refer to his supporters as “passionate” and having a strong desire to “make this country great again.” He later tweeted that he doesn’t condone violence, demonstrating that he can play the political game at least some of the time. No one can say whether or not Donald Trump will be the Republican nominee for president. What has already happened is that he has driven much of the rhetoric, particularly around immigration, to the extreme for the whole Republican field. Other candidates have to up the ante and harden their rhetoric just to get a headline. Even if Trump does not become the Republican presidential candidate, he may have contributed to bringing down decades of political strategy by openly courting voters with decoded and direct appeals to racial hostility. 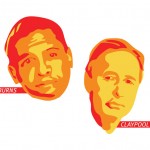 Turning Our Backs: The People We Let Starve at...

One Response to Donald Trump, Racist-in-Chief