Chicago Wants to Start Charging You More for Using Netflix

A new tax policy was recently passed in Chicago which applies a 9 percent tax to all online streaming services. Residents living in Chicago have gotten organized and are now suing the city. The outcome of this court case will have political implications for other city governments looking to do the same.

10 Years After Graduation, and Many Alumni’s Salaries Look Bleak

This is but one article on the recent release of data showing how universities in the U.S. compare regarding average salaries after graduation. Many high-cost colleges can simply not guarantee that the majority of students who graduate will have invested well. This article also points out the major gender gap in average pay after graduation.

And his argument is pretty convincing.

The Double Standard That Exists for Alcoholic, Female Writers

Michelle Dean examines, in detail, the double standard that applies to female writers who drink and male writers known for alcoholism. “When a woman drinks it’s as if an animal were drinking, or a child.”

Elon Musk’s company “SpaceX” has received tons of media attention for its planned colony on Mars. This new project seems like one step in that direction, but it would, in the process, bring Internet to millions of people who lack access worldwide. 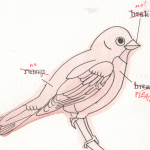