You’ve already done the most difficult thing, which is to understand your own shortcomings. It’s not really your fault: we were all born into a species of privilege, and it will take a long time for us to undo the wrongs of our forefathers. That said, there are steps you can take right now to be a better birder.

First, do away with the labels. “Mountain bluebird?” “Scarlet tanager?” Birds don’t see color, and neither should you. Don’t even get me started on “tufted titmouse.” How would you feel if a bird called YOU a tufted titmouse? Think about that the next time you start to pull out your field guide.

The key is to ask yourself: “Would this bird identify himself this way?” For instance, do you think any bird would self-identify as a “splendid fairywren?” Probably not. I mean, the bird might call himself that at a party in front of his peers, but that’s probably just a semi-ironic reclaiming of the term. It’s only empowering when he says it about himself.

If you can’t call the birds by the names they call themselves (due to the inevitable language barrier), then try to use bird-first language. “Parrot” might become “bird who is large and lives in the rainforest and eats nuts and can imitate the human voice, which can be a little unsettling, especially at night.” By putting the bird first, you’re recognizing that the bird is not merely his characteristics. He cannot be pinned down.

It’s also integral that you completely do away with your binoculars. If you’re hesitating, ask yourself what you use them for. Do you use them so that you can spy on birds while they have sex with each other high in trees? Or perhaps to gaze into their nests to glance at their newborn offspring? Talk about an invasion of privacy! Birds build nests because they don’t have opposable thumbs and can’t build houses. They want to be left alone, just like you do sometimes. Would you ask a person in a wheelchair to run a marathon? These points are related.

If you want to look at birds, let the birds come to you. If they don’t feel like it, too bad! Birds don’t owe you anything. They’ve been mercilessly slaughtered by your family members for thousands of years. Don’t act like you don’t know where chicken sandwiches come from. Yes, Arby’s. But also, birds. 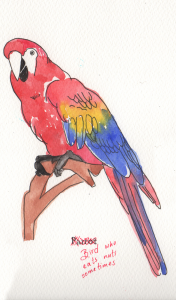 When a bird decides to trust you enough to approach you willingly, honor her as an individual. Ask her about her family and what she wants to do over the weekend; avoid focusing on her physicality. It’s easy to want to be like, “Oh my god, your wings are so shiny and your neck moves so imperceptibly fast!” You’ll just have to unlearn those tendencies. A bird is more than her body, and she deserves to see that echoed in her interactions.

Here are a few more don’ts. Don’t ask to touch a bird’s feathers. Don’t use labels like, “beak,” “rump,” or “breast.” Don’t suppose that just because a bird has a certain kind of plumage she comes from a particular habitat. Don’t make puns with the word “talon” in them. (Example: “Wow, you’re very talon-ted!”) Don’t tweet (actually or technologically).

Finally, a note on all the images of birds that I’ve seen cropping up on jewelry, clothing, tote bags, and pocket flasks lately. We’re already alarmingly complacent in the blatant biological appropriation that is plane travel. (Wright Brothers? More like, WRONG, brothers!) I beg you: let’s not wander down the road of avian exploitation any further. The other day, I saw a girl who was wearing BIRD-PRINTED UNDERPANTS. This has gone too far. (Otherwise, that was a good date, though.) 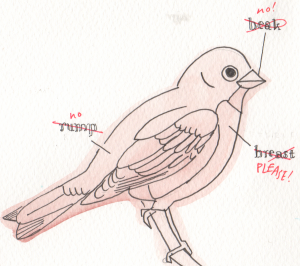 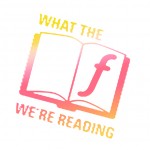 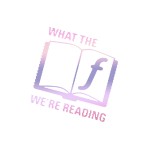